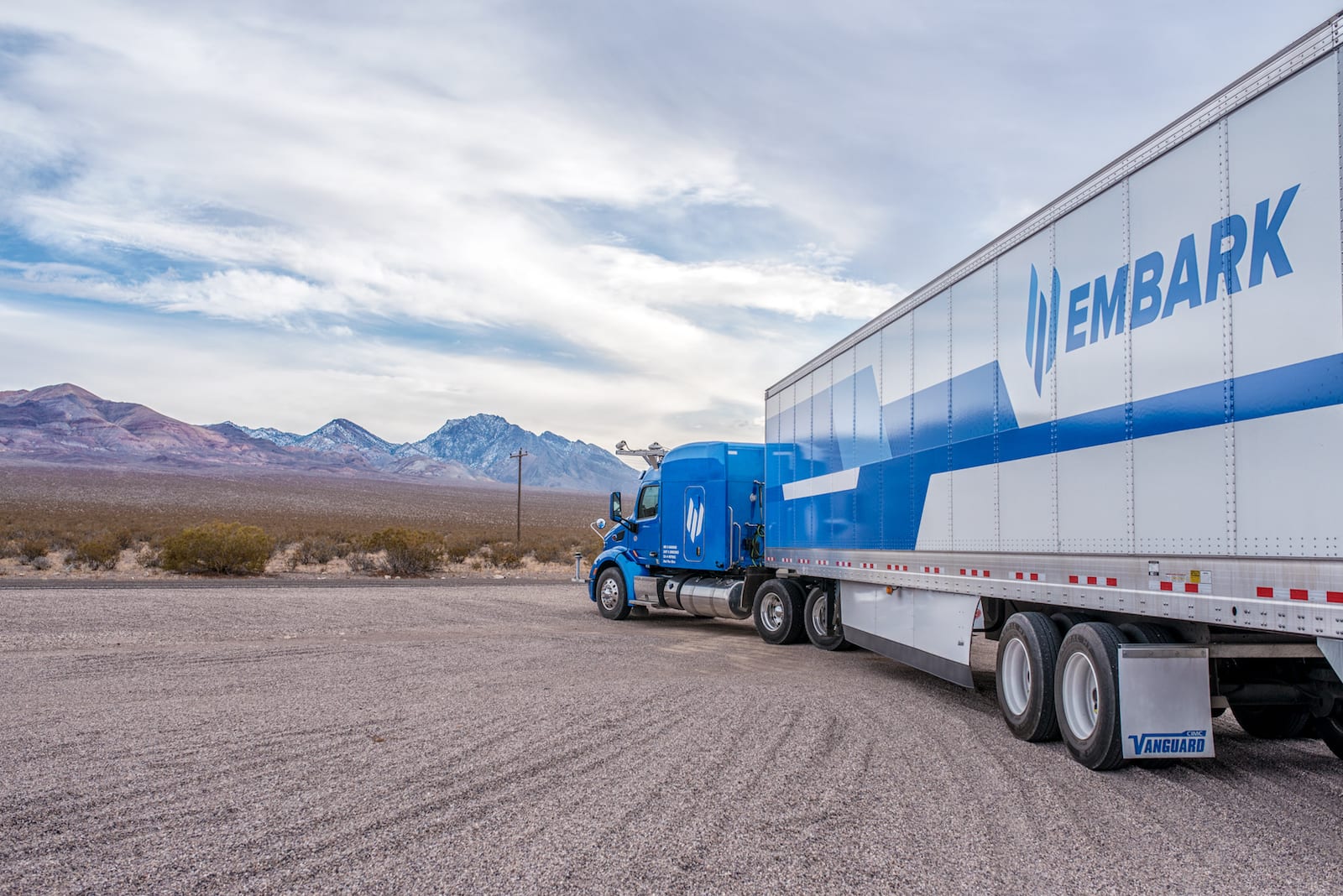 Last year, autonomous trucking company Embark announced that it would begin using its Level 2 autonomous semis to deliver refrigerators from Texas to California. Now, TechCrunch reports, the company has taken it a step further as one of its trucks has now completed a 2,400 mile trip from Los Angeles to Jacksonville, Florida. The trip took five days, which included scheduled rest breaks for the driver that was on board, and TechCrunch says that Embark's team is now assessing all of the trip's data. While there's no word yet on just how often the system required the driver to step in, those on board said that the truck went "hours at a time with no disengagements, and when they did occur they were usually only a few seconds," according to Embark CEO Alex Rodrigues.

Embark's autonomous systems don't use high-resolution maps. They instead use sensor data and machine learning and the success of this long-distance trip demonstrates that this sort of setup is adequate for highway driving. Rodrigues told TechCrunch that the company plans to have 40 trucks in its fleet by the end of this year.

Embark says that its trucks aren't aimed at replacing human drivers but are instead a means of dealing with growing driver shortages. In a statement he made last year, Rodrigues said, "By allowing automation to work together with local drivers to handle less desirable long haul routes, we will be able to increase productivity to address the current 50,000 driver shortage while also creating new local driving jobs that attract younger drivers for the industry."

Via: TechCrunch
In this article: AutonomousVehicles, Embark, gear, MachineLearning, SelfDriving, semi, sensor, transportation
All products recommended by Engadget are selected by our editorial team, independent of our parent company. Some of our stories include affiliate links. If you buy something through one of these links, we may earn an affiliate commission.