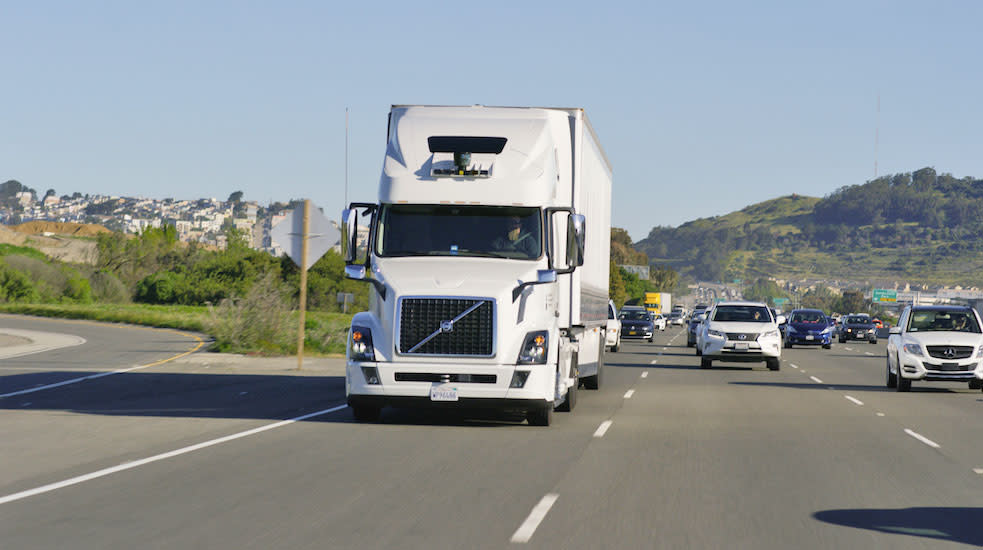 Uber's interest in self-driving vehicles doesn't begin or end at taxis, which is why it's developing a platform for autonomous trucks, too. A year on from the company's, er, controversial purchase of Otto, and Uber has unveiled its second-generation big rig with a wholly upgraded set of sensors. Including an entirely new, 64-channel LIDAR array that, according to TechCrunch, was purchased off the shelf, from Velodyne.

If you're unfamiliar, Anthony Levandowski led Google's self-driving car unit, Waymo, until leaving to found his own startup, Otto. That company was designed to build an autonomous truck, explaining that there was a clearer business case for an autopilot for long, relatively uneventful, highway journeys. Uber subsequently purchased Otto a few months later, which raised eyebrows across the globe as to what was going on.

According to Google, the whole deal was a scam, accusing Levandowski of appropriating Google's trade secrets and using Otto as a vehicle to smuggle the tech to Uber, a charge it denies. Even worse, the prodigious engineer stands accused of appropriating 14,000 confidential Google documents before leaving his former employer. The lawsuit rages on, with Uber being forced to let Levandowski go -- although the rest of Otto's employees are now part of Uber's advanced technologies group.

According to Uber's Alden Woodrow, it wasn't the scuffle between Uber and Google that prompted the switch to Velodyne's sensors. The new sensor, however, will enable the new trucks to make better decisions about its local environment and how to proceed. The vehicles are currently being tested in San Francisco and its surrounding environs, so if you're curious to see the future of trucking, you can head there and hope one passes you by.

In this article: AldenWoodrow, AnthonyLevandowski, Autonomous, gear, Otto, SelfDriving, TL17SLFTRK, transportation, Truck, Trucking, Uber
All products recommended by Engadget are selected by our editorial team, independent of our parent company. Some of our stories include affiliate links. If you buy something through one of these links, we may earn an affiliate commission.