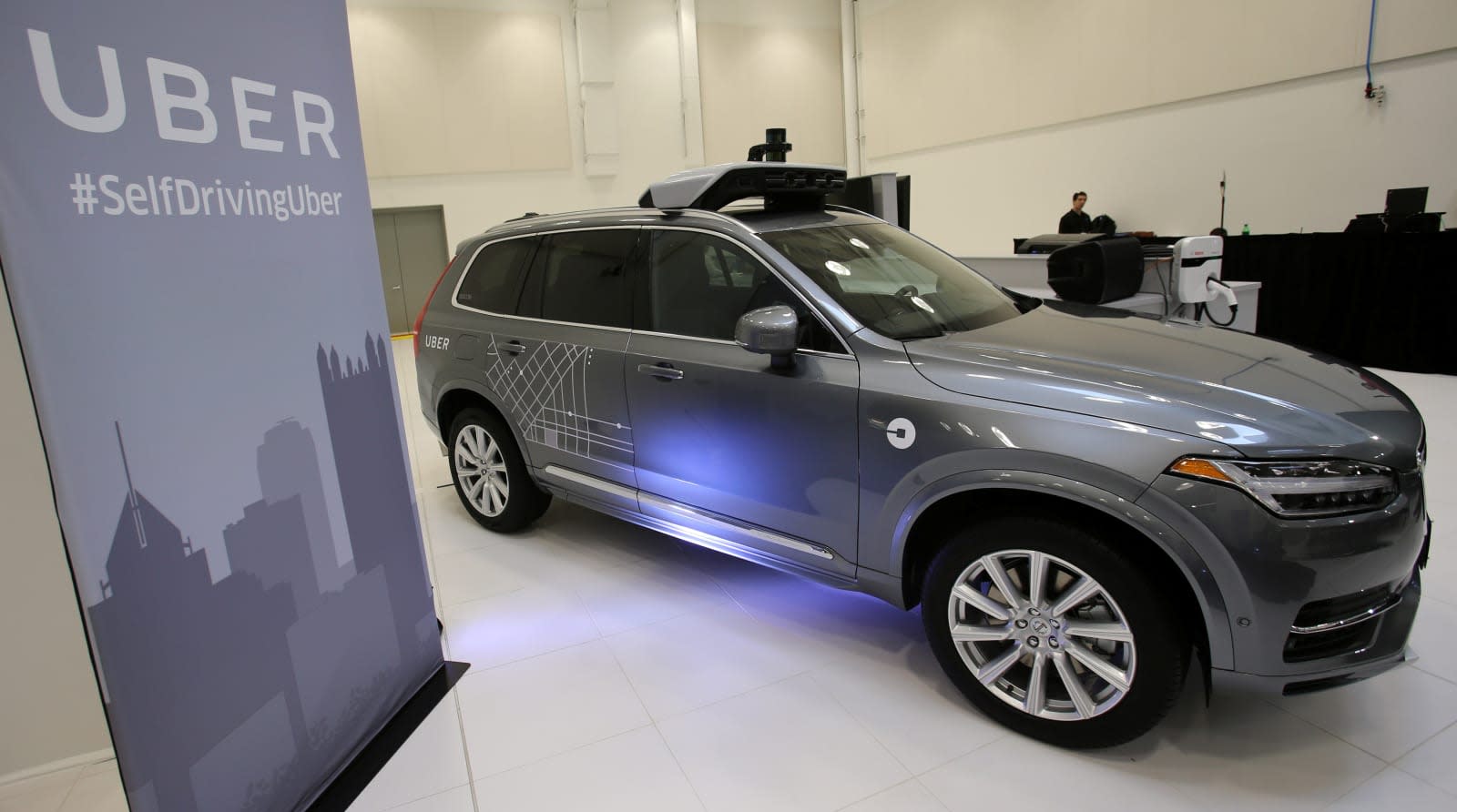 Uber has finally responded via the courts to Waymo's allegation that it's using the Alphabet company's Lidar technology. The ride-hailing company called Waymo's injunction motion to stop using technology that was allegedly misappropriated from Google servers a "misfire." It also insisted that because it's developing multi-lens LiDAR technology instead of the single-lens that Waymo uses, it's not using stolen technology.

Waymo's lawsuit against Uber claims that former Google engineer, Anthony Levandowski stole 14,000 confidential documents pertaining to the search giant's LiDAR tech and that Uber is using the technology found in those documents.

After he left Google Levandowski went on to form the self-driving trucking company Otto that was acquired by Uber for $680 million. He currently leads Uber's driverless car initiative.

In the response to the injunction, Uber was forced to note that Waymo's self-driving technology is currently ahead of the ride-hailing company's. That's not too surprising considering that Google started working on its self-driving tech in 2009, five years ahead of Uber. Uber also admitted that it's still using off-the-shelf technology from LiDAR supplier Velodyne.

Still Uber notes that it's upcoming proprietary LiDAR is vastly different from Waymo's.

"Waymo's injunction motion is a misfire: there is no evidence that any of the 14,000 files in question ever touched Uber's servers and Waymo's assertion that our multi-lens LiDAR is the same as their single-lens LiDAR is clearly false," said Angela Padilla, Uber associate general counsel said in a statement "If Waymo genuinely thought that Uber was using its secrets, it would not have waited more than five months to seek an injunction. Waymo doesn't meet the high bar for an injunction, which would stifle independent innovation and competition."

The Alphabet company brought the lawsuit in response to an Uber email that was accidentally CC'd by a LiDAR component vendor to one of Google's employees that contained an Uber circuit board that allegedly resembled Waymo's proprietary design.

In its response Uber states: "Waymo took one Uber schematic (inadvertently sent to a Waymo employee) and made several assumptions based on that one document to conclude that Uber's LiDAR used a single-lens design"

A Waymo spokesperson told Engadget: "Uber's assertion that they've never touched the 14,000 stolen files is disingenuous at best, given their refusal to look in the most obvious place: the computers and devices owned by the head of their self-driving program. We're asking the court to step in based on clear evidence that Uber is using, or plans to use, our trade secrets to develop their LiDAR technology, as seen in both circuit board blueprints and filings in the State of Nevada."

This trial could be spell trouble for Uber. If it's found that one of its top executives did pilfer those documents and use the information within them to build Uber's LiDAR technology, the financial judgement could cripple the ride-hailing company and give competitors like Lyft the opportunity to overtake it.

In this article: alphabet, AnthonyLevandowski, Autonomous, design, gear, google, lawsuit, LiDAR, politics, SelfDriving, transportation, Uber, Waymo
All products recommended by Engadget are selected by our editorial team, independent of our parent company. Some of our stories include affiliate links. If you buy something through one of these links, we may earn an affiliate commission.