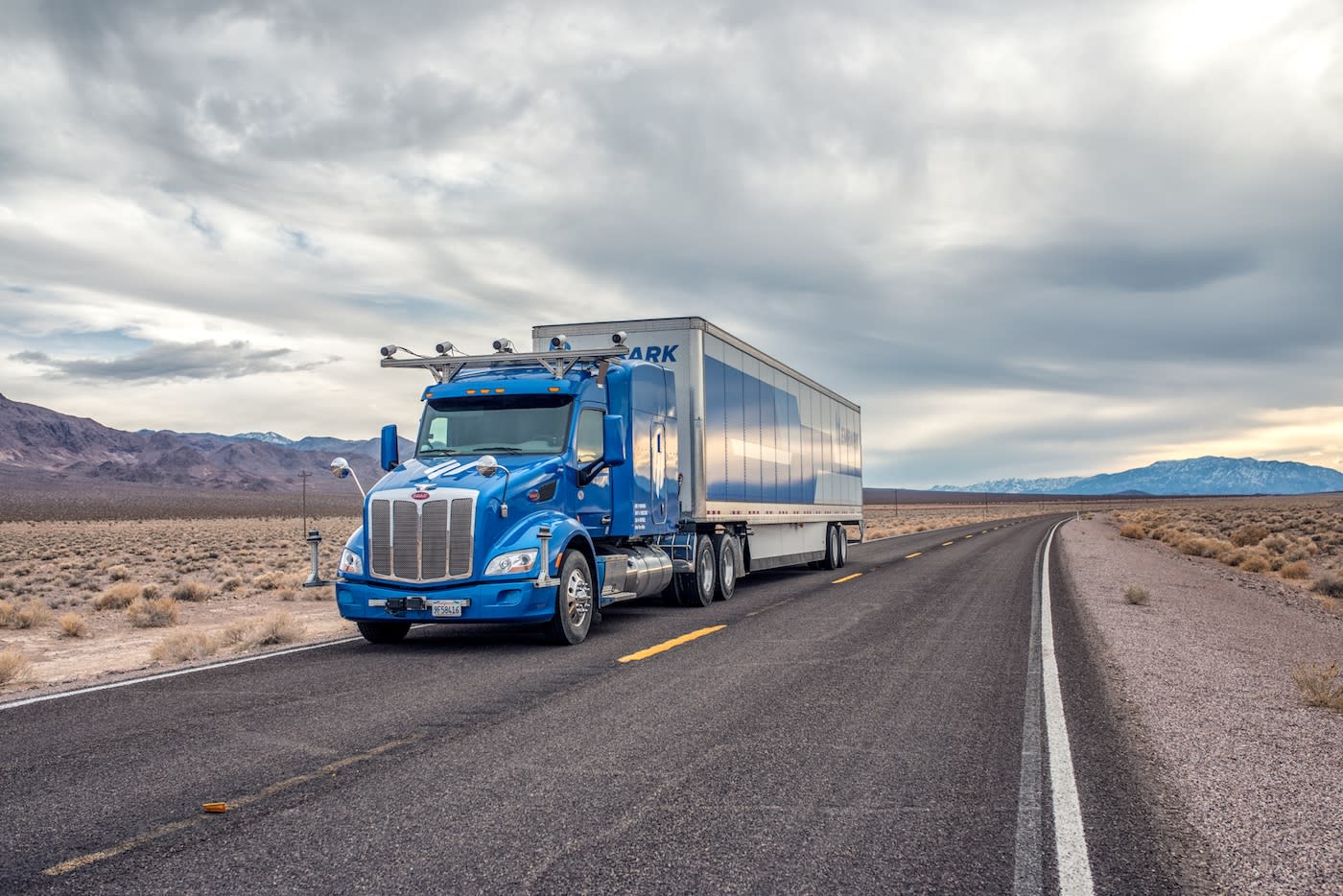 Last year, Otto made a 120-mile beer run. Now Frigidaire and Ryder have partnered with autonomous trucking company Embark to deliver smart fridges from Texas to California. You know, so you have a place to store the brews. Embark thinks that freeways are the ideal test grounds for its autonomous efforts because there aren't any traffic lights, pedestrians or oncoming traffic to deal with. Which makes sense. All a truck needs to do, basically, is stay in its lane, maintain speed and keep a safe distance from other cars.

The Level 2 autonomous semis (think: Tesla's Autopilot and Cadillac's Super Cruise) will have a driver behind the wheel for insurance, of course. But once a Ryder driver drops the trailers at a designated spot in El Paso before the journey begins, Embark's systems will be driving until the load reaches Palm Springs. From there, another Ryder driver will complete the last-mile trip. The reason for this push is one of available manpower. Or, in this case, a steady decline of it. Two years ago, the American Trucking Association estimated that there could be a shortage of 175,000 drivers by 2024.

"More than 50 percent of all drivers will retire in the next two decades and there aren't nearly enough young drivers joining this industry to replace them," Embark CEO Alex Rodrigues said in a statement. "By allowing automation to work together with local drivers to handle less desirable long haul routes, we will be able to increase productivity to address the current 50,000 driver shortage wile also creating new local driving jobs that attract younger drivers for the industry."

The pilot program has already completed a handful of the 650-mile trips as of October, with more expected to follow. Rodrigues says that this is the first time someone had demonstrated an end-to-end autonomous driving system for semis.

Commercial trucking is ripe for innovation. Diesel-maker Cummins announced an EV big rig in late August, and Tesla plans to launch its own alt-fuel variant this week. Given the latter's pushes into autonomous driving, it isn't a stretch to think it'll have self-driving trucks on the road at some point in the future as well. Then there's Otto, Uber's self-driving truck company.

While the company has been embroiled in a lawsuit with Uber over allegedly stolen trade secrets, it has kept plugging away. In June Otto showed off its new trucks built with off-the-shelf 64-channel LiDAR arrays. You know, the type from Velodyne -- not Alphabet.

In this article: alexrodrigues, autonomous, california, electrolux, embark, fridgidaire, level2, semitruck, texas, TL17SLFTRK, tomorrow, transportation
All products recommended by Engadget are selected by our editorial team, independent of our parent company. Some of our stories include affiliate links. If you buy something through one of these links, we may earn an affiliate commission.