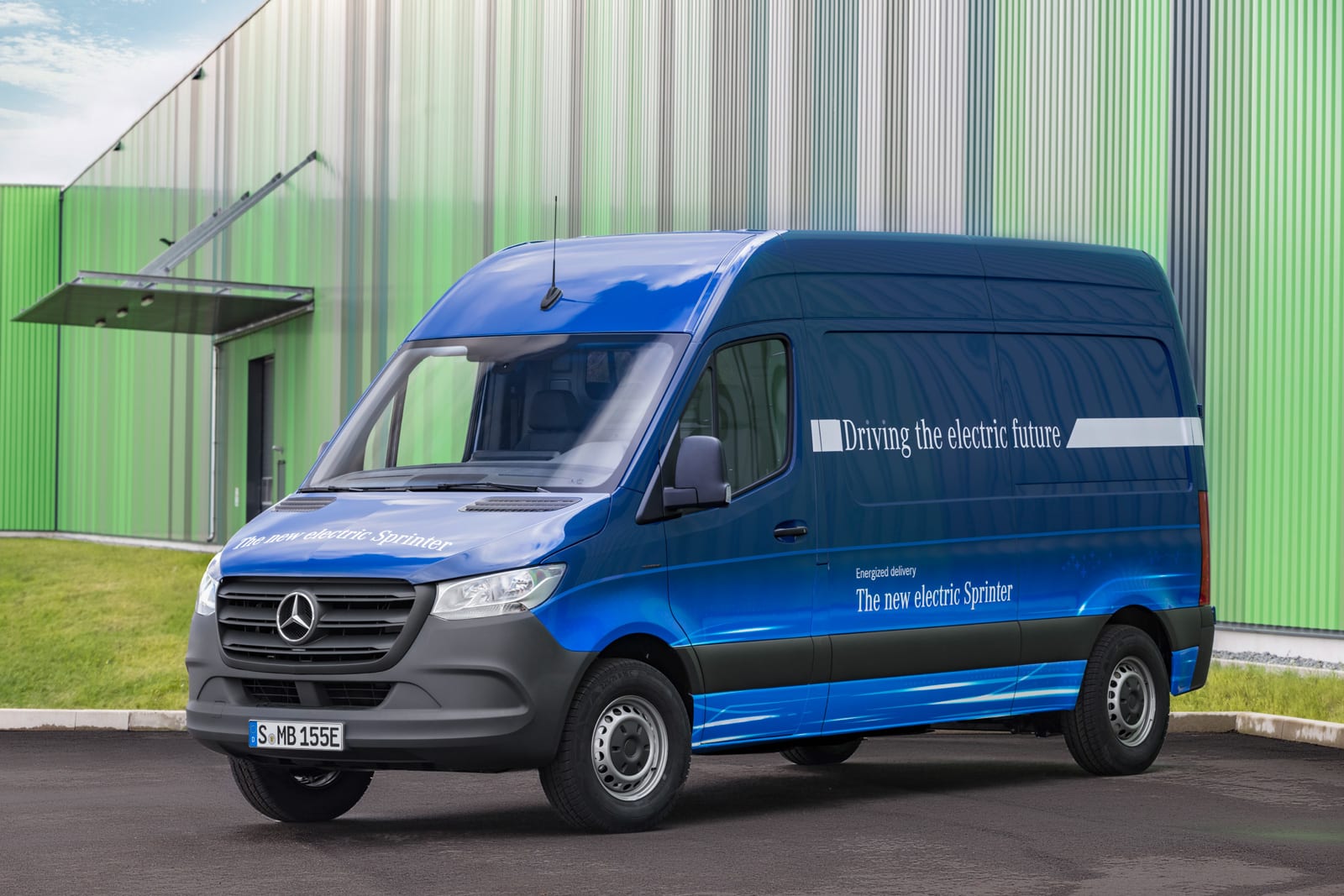 It's all well and good to drive your own electric car, but what about the companies delivering your mail or fixing your water heater? They could stand to benefit from EVs, too -- and Mercedes-Benz is happy to help out. It's launching a refreshed Sprinter van that will, for the first time, include an eSprinter electric version. Details on the range and performance aren't available, but that's likely to vary widely as Mercedes customizes the eSprinter based on individual companies' demands. It's mainly aimed at "city centers," so we wouldn't expect hundreds of miles of driving.

The costs of running the EV are "on par" with those of running a diesel van, Mercedes said. This is more about reducing emissions than trimming costs. Having said that, there are situations where it could both save cash and the planet. As cities like London often have congestion charges in key areas, couriers could operate downtown without racking up charges.

This and other versions of the Sprinter also promise to be the first truly connected models. You could restock a van by ordering parts while you're still in the van, for example, while fleet managers could keep tabs on their vehicles. A camper van edition, meanwhile promises creature comforts you're probably not used to in the wild -- you could use your smartphone to heat up the van when you're returning from a ski trip.

Mercedes expects to release the eSprinter sometime in 2019, although we wouldn't expect a US release right away. That's to be announced, according to the automaker. However long the rollout takes, it could be important even if you never take the wheel. Especially in Europe, Sprinter vans are everywhere. If a significant number of those are electric, that represents a significant reduction in urban pollution and noise.

Source: Mercedes-Benz, Daimler
In this article: daimler, electricvehicle, esprinter, ev, gear, mercedes, mercedes-benz, transportation, van
All products recommended by Engadget are selected by our editorial team, independent of our parent company. Some of our stories include affiliate links. If you buy something through one of these links, we may earn an affiliate commission.