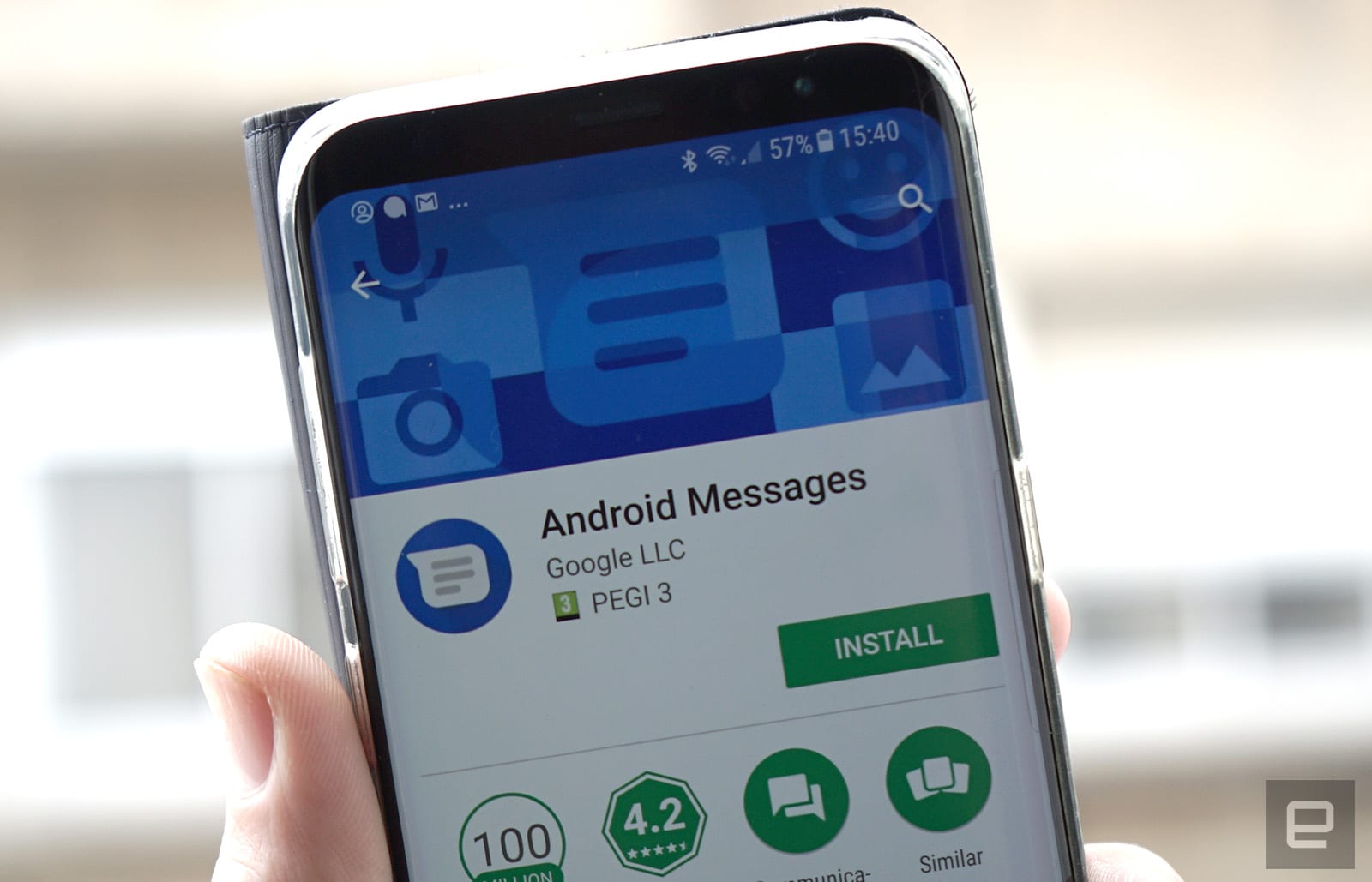 Google's Android Messages app could soon get a dramatic makeover with some interesting new features, judging by an APK teardown by XDA Developers and Android Police. Most significantly, it looks like you'll be able to pair your phone with a computer and text directly from a browser like Chrome, Firefox and Safari, much as you can with Google's Allo messaging app.

Unlike Allo, however, Android Messages could allow you to send mobile SMSes rather than web messages, making texting a fair amount easier. To use it, you may have to scan a QR code on your PC or Mac, then pair your device each time you want to text. The feature appears to be partially implemented in the latest Android Messages 2.9 APK, but you can't yet send an actual text.

The APK also hints at the ability to send and receive payments, likely via Google Pay, potentially opening that service up to many more users. There are also signs that something called Google Enhanced Messaging, probably similar Smart Replies for Gmail, Allo and Inbox, is coming to Android Messages.

All told, Google appears to be transforming Android Messages into an Allo-like app, except for mobile SMS texts instead of web-based ones. It could also be monetizing it to a degree via Google Pay. Considering the power it yields over the Android smartphone ecosystem, that could amount to a lot of dollars. Take all the changes with some salt, though, because APKs don't necessarily mean features are set in stone, and some of the aforementioned features are still half-baked.

Source: XDA Developers, Android Police
In this article: Allo, AndroidMessages, APK, gear, mobile, Payments, personal computing, personalcomputing, Teardown, WebTexts
All products recommended by Engadget are selected by our editorial team, independent of our parent company. Some of our stories include affiliate links. If you buy something through one of these links, we may earn an affiliate commission.