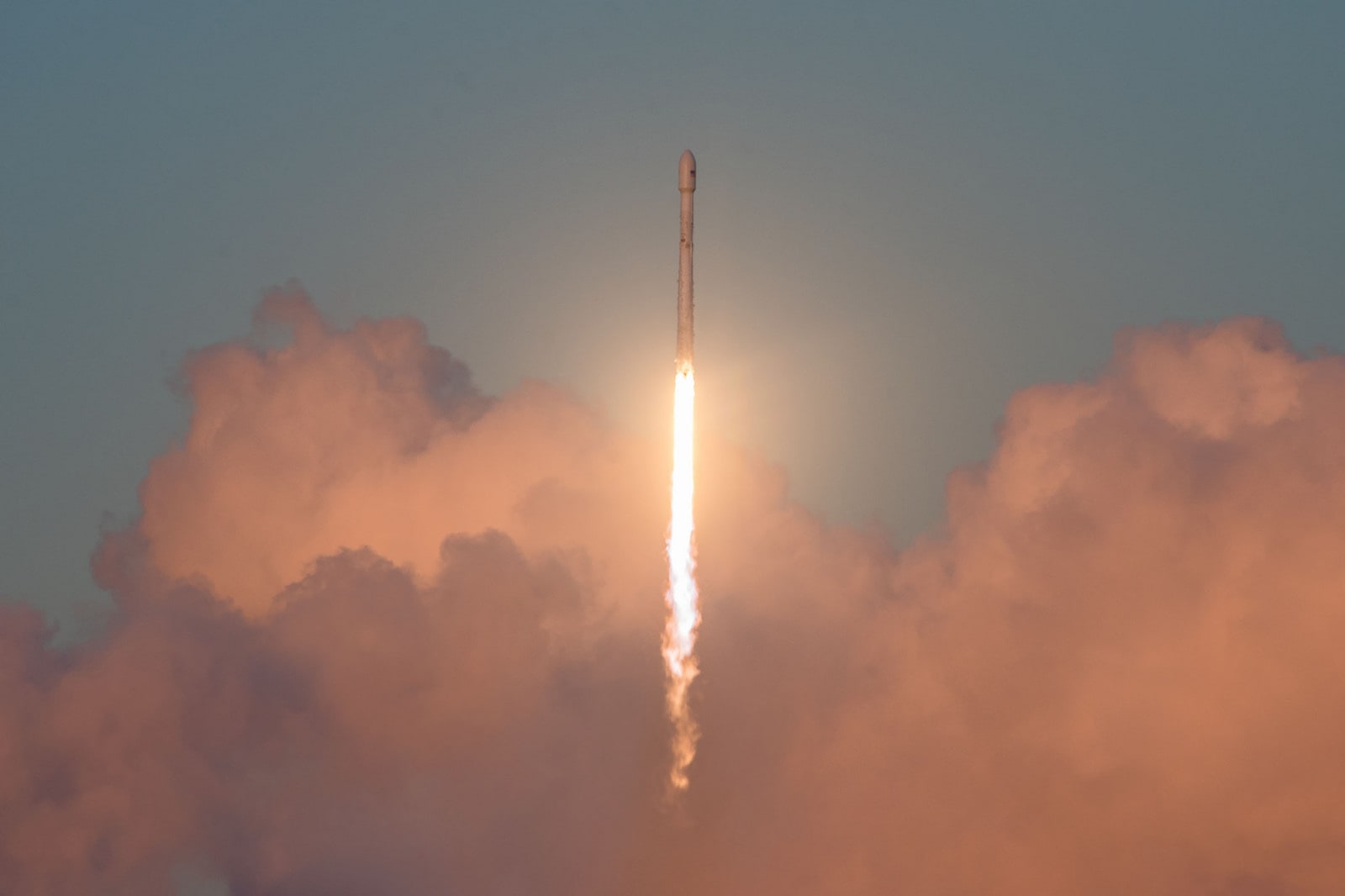 For years, Elon Musk has been talking about his plans to launch thousands of low-orbiting satellites that will be able to provide high speed internet to people around the globe. While the details of those satellites have been kept largely under wraps, we've known that the first round of prototypes were nearing a launch date, and according to a letter posted on the FCC's website yesterday (and spotted by CNET), the first two test satellites will be placed into orbit this weekend.

SpaceX's vice president of satellite affairs told Congress last year that the company planned to launch its first two demo satellites at the end of 2017 and the start of this year, and if everything went well, the first operational satellite could be launched as early as 2019. In its recent letter to the FCC, SpaceX says that two experimental satellites -- Microsat-2a and -2b -- will launch on one of its Falcon 9 rockets, which will also be carrying Paz, a radar observation satellite belonging to the Spanish government. A static fire of that rocket took place this weekend and Paz, Microsat-2a and Microsat-2b are currently scheduled for a February 17th liftoff. The Falcon 9 will launch from Vandenberg Air Force Base at 6:17AM Pacific, according to a notice on the base's website.

Really looking forward to this one 🛰🛰 https://t.co/LSnusj78b6

While these things are always subject to delays, SpaceX plans to have all of its internet-providing satellites up in orbit by 2024. And though the project is expected to cost around $10 billion, Musk expects it to generate quite a bit of revenue once it's up and running. Naturally, that revenue will be funnelled to Musk's larger goal -- Mars. In 2015, he said about the project, known as Starlink, "This is intended to generate a significant amount of revenue, and help fund a city on Mars. So in looking in the long term, and saying what's needed to create a city on Mars, well, one thing's for sure: a lot of money. So we need things that will generate a lot of money."

Update: SpaceX has delayed the launch to February 21st in order to run "final checkouts" of an upgraded fairing.

Via: CNET
Source: FCC, Vandenberg Air Force Base
In this article: ElonMusk, Falcon9, gadgetry, gadgets, gear, internet, InternetServiceProvider, launch, mars, rocket, satellite, space, spacex, starlink
All products recommended by Engadget are selected by our editorial team, independent of our parent company. Some of our stories include affiliate links. If you buy something through one of these links, we may earn an affiliate commission.