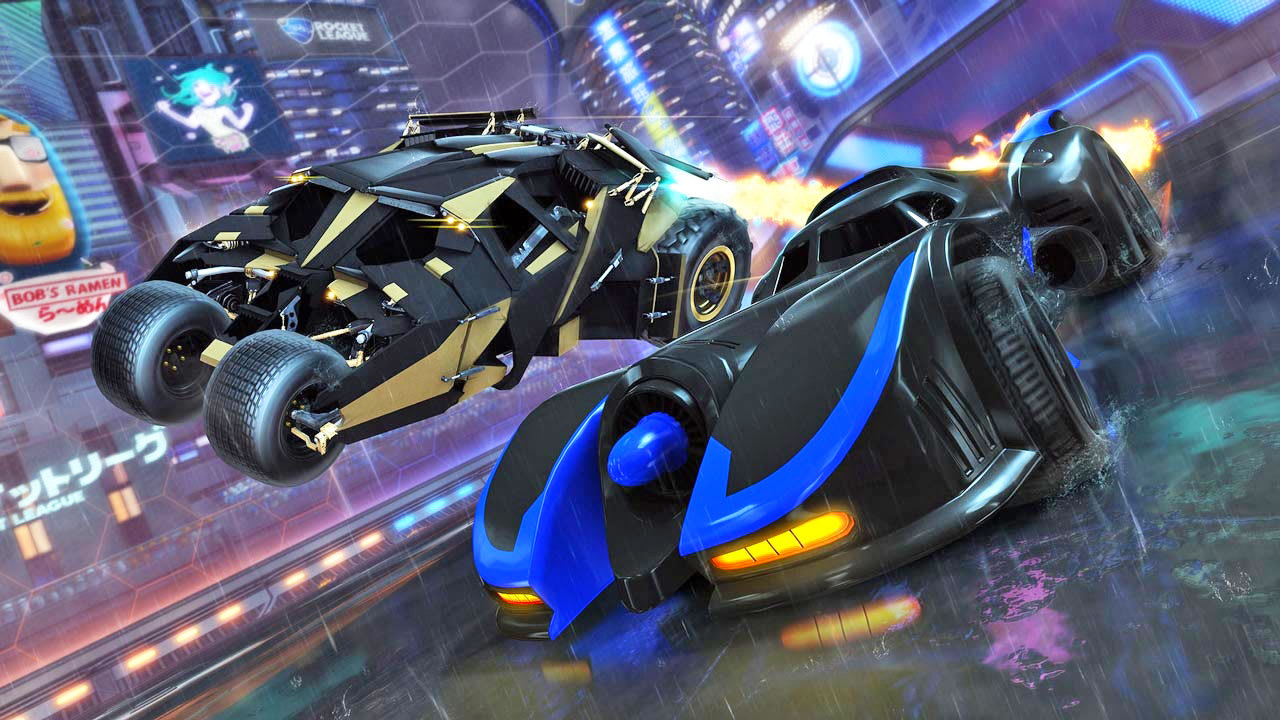 When car-soccer game Rocket League was updated last November, it included two DC Comics-inspired customization options like The Flash wheels and player banner. On March 5th, the game will get an entire roster of Justice League cars from Warner Bros., including two different Batmobiles -- one from the 1989 film and the other from Christopher Nolan's The Dark Knight Rises.

This isn't the first time we've seen the '89 version of Batman's sweet ride in a video game. Both it and the Batsuit from the film appeared in Batman: Arkham Knight a few years ago. Still, this is the whole group of top tier DC heroes. In addition to the custom Batman cars, Rocket League players will be able to kit out their soccer cars with decals representing Aquaman, Cyborg, Flash, Green Arrow, Green Lantern, Superman and Wonder Woman. There will also be player banners for these heroes as well. The Flash and Wonder Woman get their own set of wheels, while the former also receives a special Speed Force Boost for getting to the soccer ball fast. The entire set of comic book customizations will run $4 as a DLC for the full game.

Update: The post has been updated to correct an error that stated Rocket League came out in November; it debuted in July 2015. We also made it clearer that player banners are not car cosmetic additions.

Via: PlayStation Blog
Source: Psyonix
In this article: av, batmobiles, gaming, psyonix, rocketleague, tumbler, video, warnerbros
All products recommended by Engadget are selected by our editorial team, independent of our parent company. Some of our stories include affiliate links. If you buy something through one of these links, we may earn an affiliate commission.