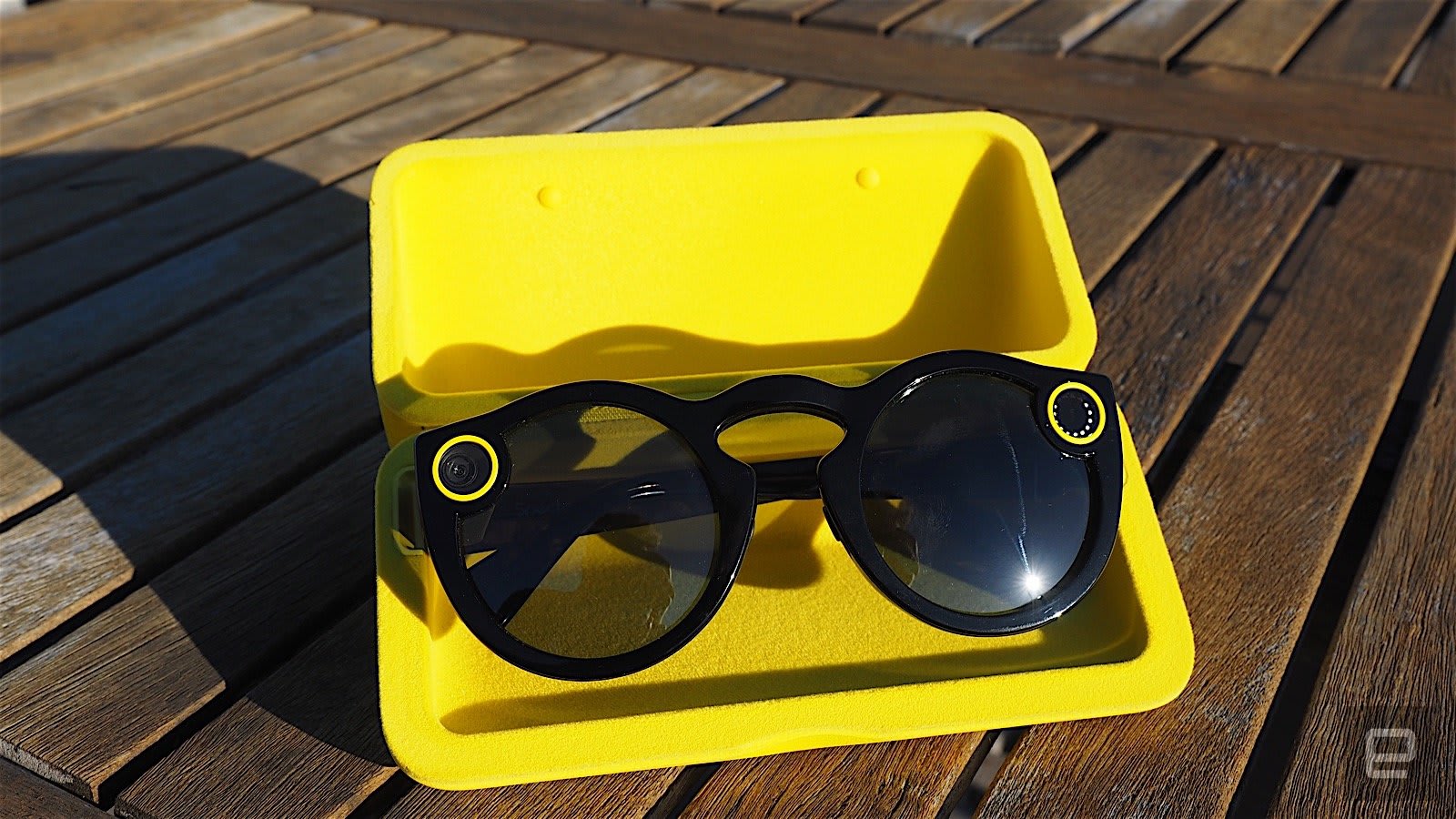 Snap's camera-adorned Spectacles were never going to be a huge seller; rather, they represented the company's first dip into hardware. Still, they sold less than expected, with reports claiming the company had hundreds of thousands of unsold pairs and a confirmation that Snap took a $40 million bath after completely mis-estimating demand. Despite a rocky launch, it seems that Snap may not be ready to give up on its hardware ambitions just yet. Cheddar is reporting that Snap is planning two new pairs of Spectacles.

The second-generation Spectacles are rumored to be ready this fall, about two years after the original. /Cheddar/ claims that the new glasses will focus more on improved performance, but it sounds like they'll be largely similar to the original. Other changes include new colors and waterproofing, something that could make for some fun videos.

But Snap is also reportedly going to release a third version that would include two cameras. Given the popularity and functionality that dual cameras have provided in a growing number of smartphones, it makes sense to see Snap give this a shot in its own camera-focused hardware. Finally, Snap is considering partnerships with companies like Warby Parker to put its technology into their own glasses.

These more advanced Spectacles would likely not be available until 2019, though the company apparently wanted to have them ready this year. Similarly, although the single-camera model is planned for this fall, /Cheddar/ reports that it might be delayed into next year as well.

Source: Cheddar
In this article: cameras, gear, snap, snapchat, spectacles
All products recommended by Engadget are selected by our editorial team, independent of our parent company. Some of our stories include affiliate links. If you buy something through one of these links, we may earn an affiliate commission.