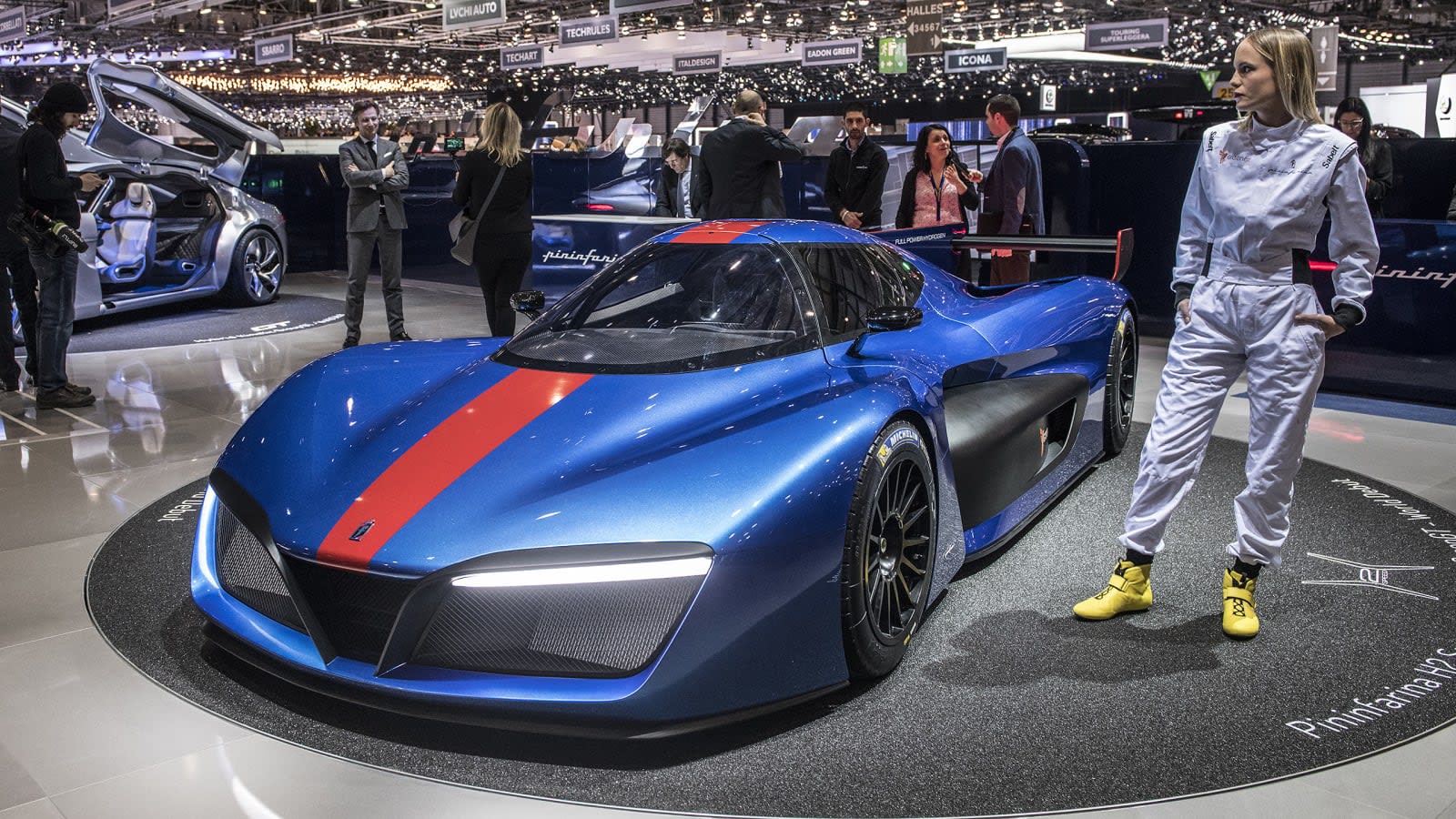 For decades, Pininfarina has largely been a design house -- it shaped and built cars, but usually under someone else's name (such as the Ferrari F40). It's apparently ready to become a full-fledged manufacturer, however, and a thoroughly 21st century one at that. Autocar sources have heard that Pininfarina is launching an all-electric car lineup headlined by a hypercar, nicknamed PF-Zero, that would aim squarely at the Bugatti Chiron with a 2020 launch. It would have power comparable to the 1,479HP of the Chiron, and would be based on a modular platform jointly developed by its parent company Mahindra (a Formula E competitor) and Rimac. There would also be more accessible models... relatively speaking.

The rest of the lineup reportedly involves SUVs. The highest-end model in the group, codenamed PF-One, would tout roughly 940HP (from a monstrous 140kWh battery pack) and a sub-3 second 0-62MPH acceleration. It'd chase after the Lamborghini Urus. The other too models, meanwhile, would pursue the Porsche Cayenne SUV and Macan crossover.

The tipsters said Pininfarina would officially enter manufacturing with an announcement at the same time as Rome's Formula E race gets underway on April 14th. If so, it'd be part of a larger trend where familiar auto industry names launch primarily or exclusively electric car brands. While they tend to focus on the high end, they reflect a growing confidence that companies can revolve around EVs instead of treating them as niche models.

Via: Autoblog
Source: Autocar
In this article: electriccar, electricvehicle, ev, gear, hypercar, mahindra, pf-one, pf-zero, pininfarina, rimac, supercar, suv, transportation
All products recommended by Engadget are selected by our editorial team, independent of our parent company. Some of our stories include affiliate links. If you buy something through one of these links, we may earn an affiliate commission.