Lamborghini's Urus is more than just an absurdly overpowered SUV, it's packed with technology both on the entertainment and safety sides too. That means along with its 650 horsepower twin-turbo aluminum 4.0 liter V8 (whew) you also have the option for a pair of Android Auto tablets mounted to the back of the driver and passenger seats. Oh, and there's a digital instrument cluster as well, which will either make keeping it under the 305 KMH (189.5 MPH) top speed easier or harder, depending on your driving style.

The driver and front-seat passenger aren't left out in terms of tech either. Urus also features Lamborghini's third-generation infotainment system which appears on two screens. Navigation, phone interfaces (both Android Auto and Apple CarPlay are supported) and car status data are presented on the center console display. The lower-mounted screen offers a keyboard and a handwriting-capable screen for adjusting climate control and the ride's heated seats, among other functions.

Lamborghini also says that the system is fully voice-controllable and capable of natural-dialogue voice commands for managing your music, sending text messages and taking calls. Those are tied into the Lamborghini Smartphone Interface, which works with Baidu-Carlife in China, in addition to Cupertino and Mountain View's in-car mobile ecosystems. 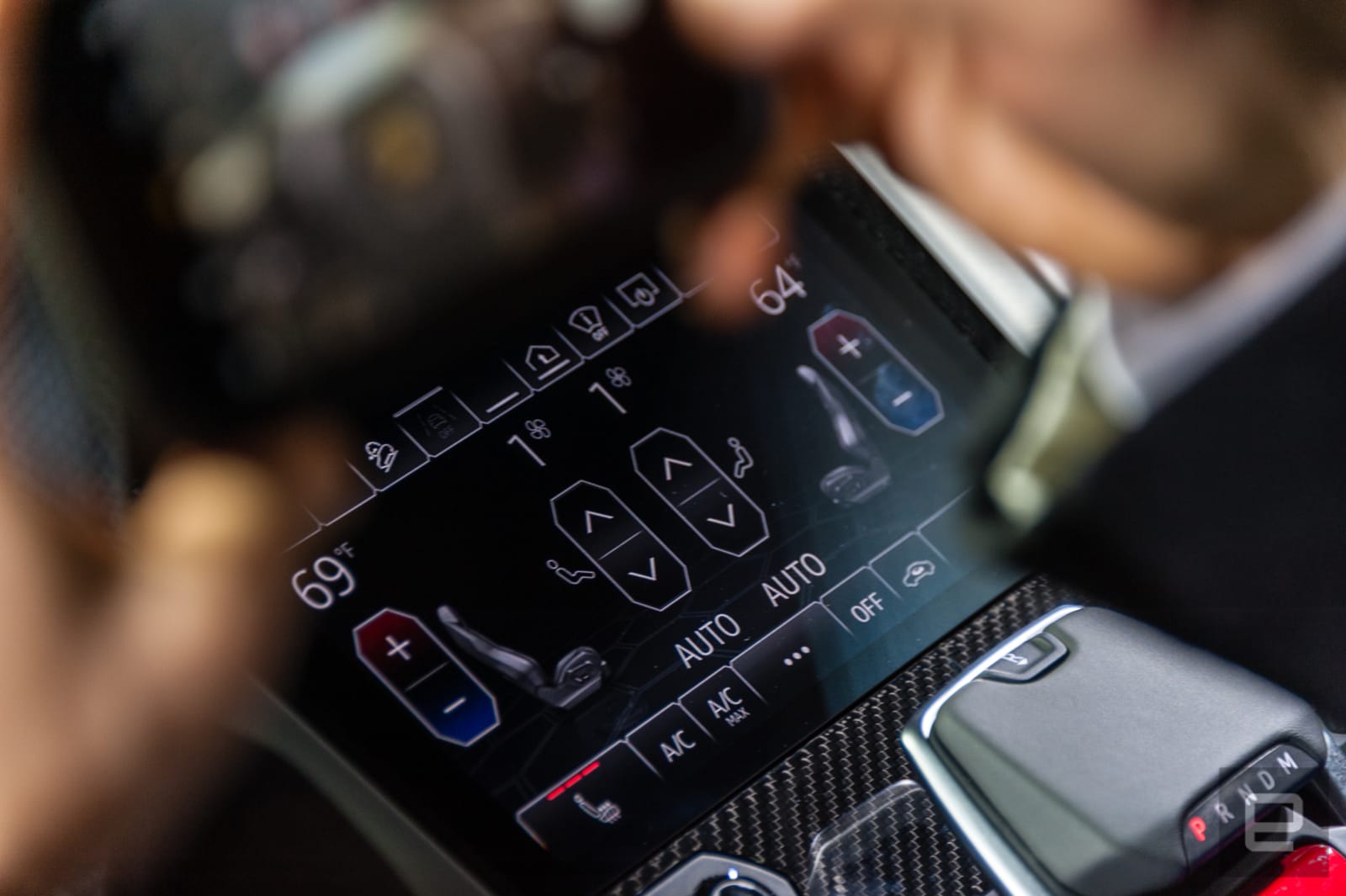 Underneath the center console's arm-rest you'll find a wireless charging pad for your compatible phone, a "personal memory profile," pair of full-sized USB ports, an SD card slot and a SIM slot so the vehicle can communicate telematics with Lamborghini. There's also an optional TV tuner (for when you need a break from dune surfing in Dubai); heads-up display and 1,700-watt, 21-speaker Bang & Olufsen sound system capable of 3D audio.

With all this you're probably wondering how much this doggie in the window will cost you. Well, once it's available sometime this spring it'll have an MSRP of $200,000. Scoff all you want, but no one ever accused Lamborghini of being easy on the wallet.