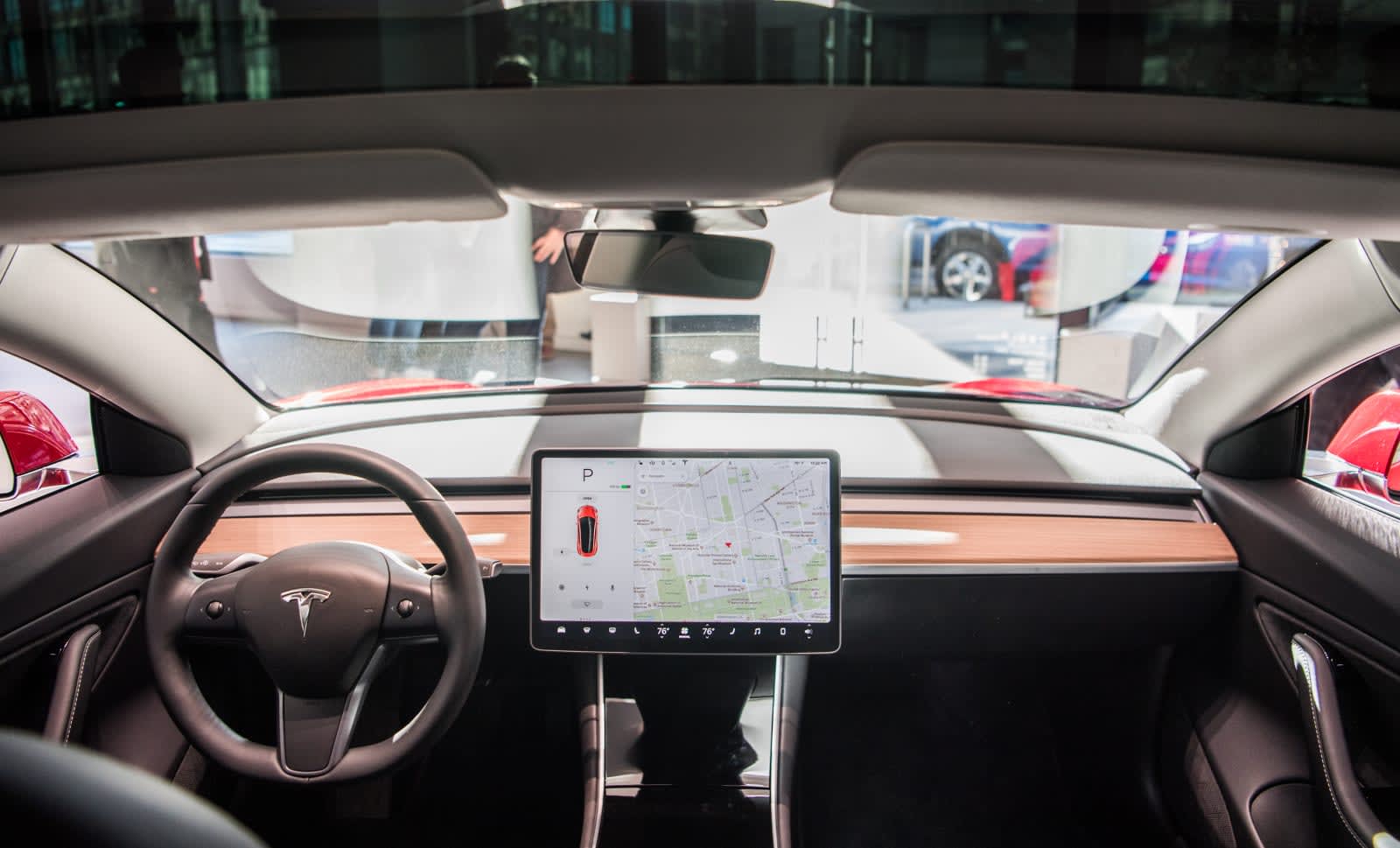 Telsa's Model 3 uses a lot of voice and touchscreen rather than physical controls, which makes it a bit harder to operate than it should be, we found. One thing that will help is more voice controls, and Tesla has addressed that with its latest iOS app release -- sort of. The Model 3 now supports Siri, letting you do some functions like unlocking it, flashing the lights and honking the horn by voice without opening the Tesla app. You can also find your car and check the charge levels.

The Siri feature, spotted by Reddit users and Electrek, has been available on the Model S and Model X since November of last year. It's arguably more useful on the Model 3, though, since that EV is much more tech dependent. To be clear, however, the Tesla app commands controlled by Siri aren't useful while you're driving.

For that, you need the built-in voice control, and as it stands now, you can only use that for navigation and calling. However, Elon Musk recently tweeted that Tesla plans to add vehicle control functionality to the built-in voice systems. That might let you set the cruise control and do other things that are currently fiddly to do on the touchscreen. Don't expect Tesla to tackle that until it gets Model 3 production where it wants, though.

Source: Reddit, Electrek
In this article: Apple, gear, iOS, iPhone, Model3, Siri, Tesla, transportation
All products recommended by Engadget are selected by our editorial team, independent of our parent company. Some of our stories include affiliate links. If you buy something through one of these links, we may earn an affiliate commission.