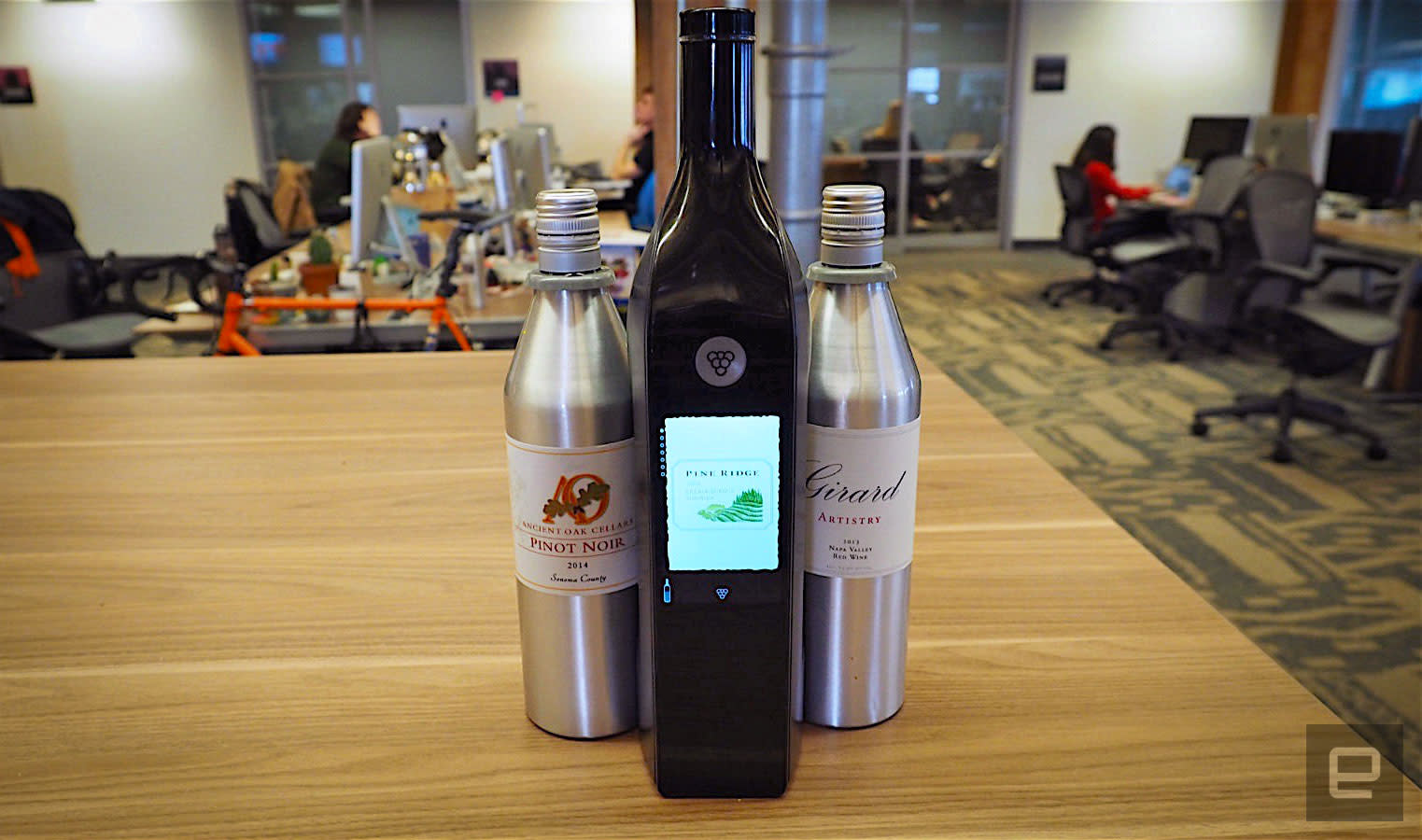 Back in early 2016, Engadget Senior Editor Andrew Tarantola spent some time with the Kuvée, a sort-of Keurig for wine, and was impressed with its features but wary about its prospects. "Do you want to be the schmuck who blows two Benjamins on this thing only to have the company fold, thereby rendering the entire system useless? I sure don't," he wrote. Well, it turns out Andrew was right. According to Business Insider, the company is now shutting down.

The system consisted of a "bottle" with a WiFi enabled touch screen. The bottle was hollow; it took proprietary wine cartridges you could only buy from Kuvée. These cost anywhere from $15 to $50 (the initial bottle sleeve, along with four cartridges, cost $178). The system would keep the wine fresh for up to a month, and you could order new bottles (Kuvée promised around 50 varieties at launch) straight from the touch screen.

The system did well enough when it launched. Preorders sold out in a matter of hours, and it had raised $6 million from various investors. The problem, according to an email that Kuvée CEO Vijay Manwani sent out, was that they weren't able to acquire enough capital or customers, and that the company needed more of both for awareness. Manwani blamed the fires in Napa Valley for the company's difficulties, according to the email published by Business Insider.

If you have a Kuvée, you'd better act quickly. The company is selling its existing stock of wines for 50 percent off until Monday, March 26th, after which your device will be pretty much useless. Manwani did say that they are still looking for a partner to leverage the technology, so you may not want to throw your Kuvée out yet, but the prospects don't look great.

In this article: food and drink, food-and-drink, foodanddrink, gear, kuvee, wine
All products recommended by Engadget are selected by our editorial team, independent of our parent company. Some of our stories include affiliate links. If you buy something through one of these links, we may earn an affiliate commission.