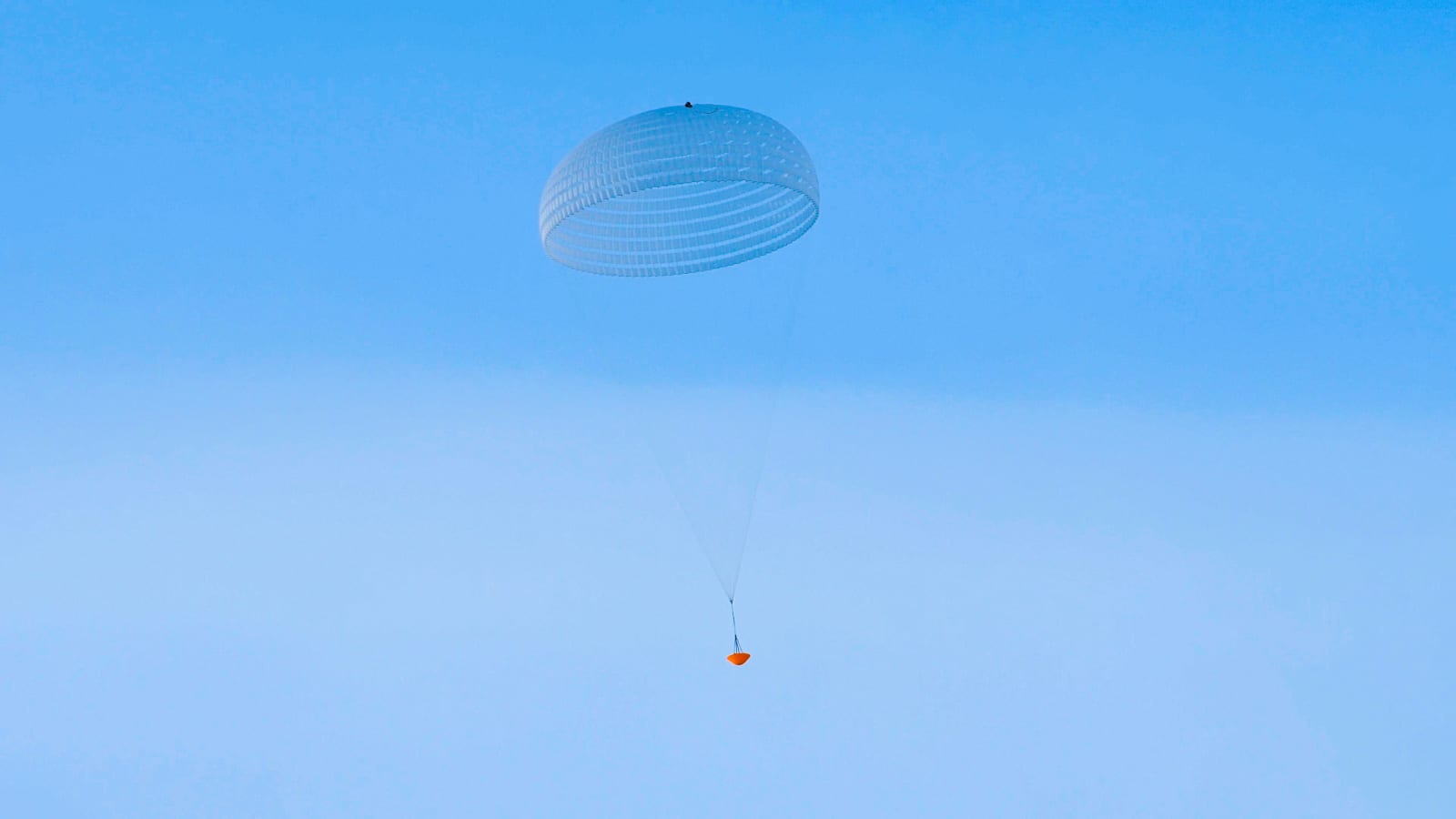 The European Space Agency has put one of ExoMars' landing parachutes to the test for the first time. And while it was deployed from a helicopter merely less than a mile above the ground, its successful descent is a major milestone for the mission. The ESA's test focused on the project's second main parachute, the largest to ever fly on a Mars mission with a diameter of 115 feet. It's also one of the two designed to safely deliver the ExoMars rover and science platform to the surface of the red planet in 2021.

The 154-pound parachute and its 3 miles of cords had to be folded a specific way in order to deploy properly while attached to a 1,100-pound test load. During the trial, the system successfully triggered its release 12 seconds after a smaller pilot chute was inflated. It took two-and-a-half minutes for it to reach the ground, moments of which were captured by the GoPros attached to the test vehicle, as you can see in the video below.

This test is but the first in a series of what's most likely a number of trials, considering the agency doesn't want to repeat what happened to the Schiaparelli lander. Back in 2016, the first part of the ExoMars mission headed to the red planet with the Trace Gas Orbiter and the Schiaparelli. Unfortunately, the lander crashed into the crust, because it wasn't equipped for Mars' extremely harsh, supersonic conditions during descent.

That's why this test was conducted in sub-zero temps in Kiruna, Sweden, and why the next one would be deployed from a stratospheric balloon around 19 miles above the ground, which has an environment closer to Mars' low atmospheric pressure. After that? Well, the ESA plans to take the mission's two main parachutes for a spin and ensure that their deployment sequence works.

"It was a very exciting moment to see this giant parachute unfurl and deliver the test module to the snowy surface in Kiruna," ESA's Thierry Blancquaert said, "and we're looking forward to assessing the full parachute descent sequence in the upcoming high-altitude tests."

Source: ESA
In this article: esa, exomars, gear, parachute, space, tomorrow
All products recommended by Engadget are selected by our editorial team, independent of our parent company. Some of our stories include affiliate links. If you buy something through one of these links, we may earn an affiliate commission.