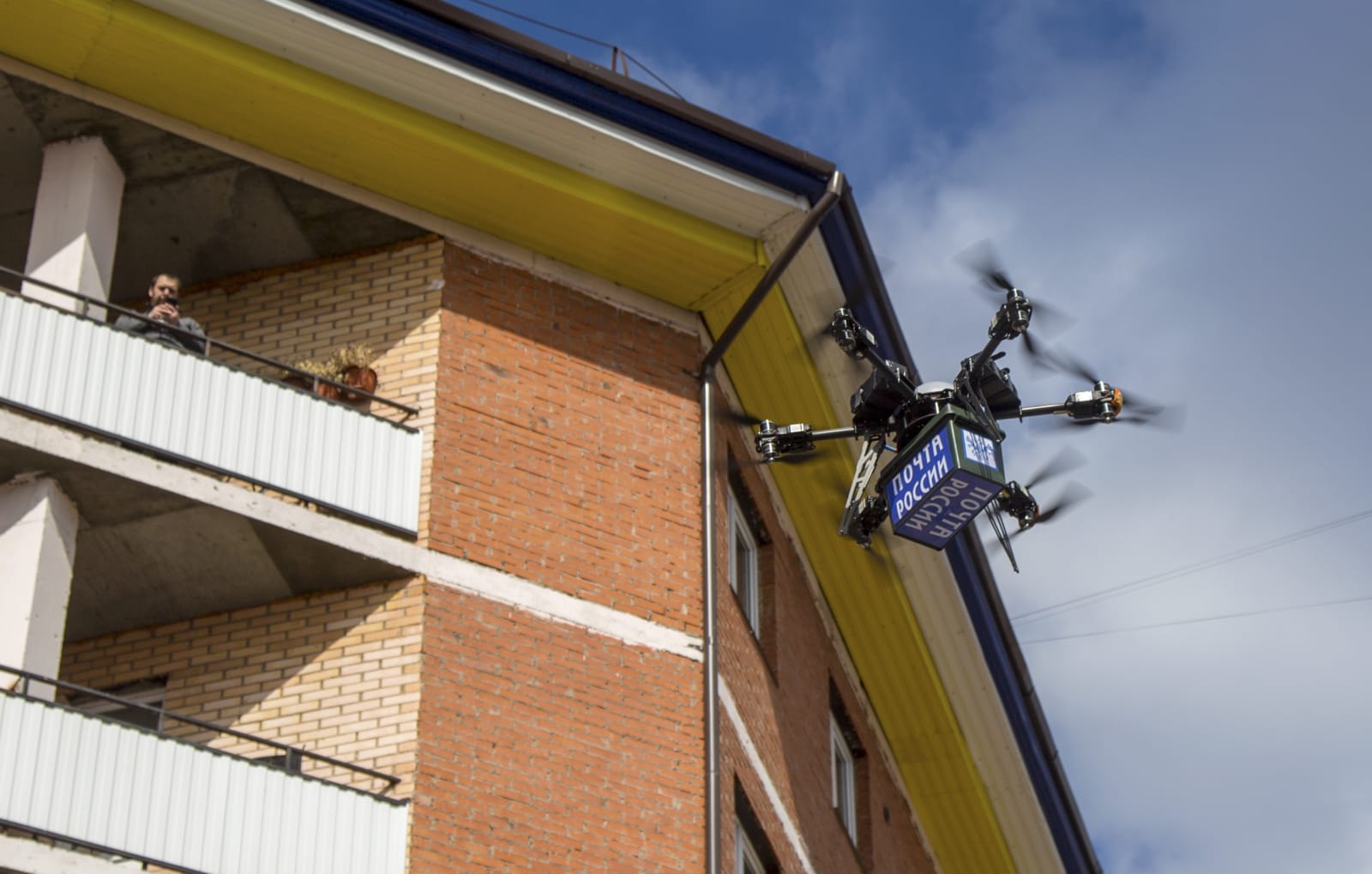 Want to know why mail drones aren't ready for prime time? Russia can tell you. The Siberian town of Ulan-Ude was expecting to beam with pride as organizer Rudron/Expeditor 3M tested a postal drone in the area for the first time, but they left red-faced after the inaugural flight went spectacularly wrong. The hexacopter courier went haywire moments after takeoff, smacking into the side of a building at high speed -- as you can see in the video below, it went from technological triumph to an embarrassing pile of scrap metal in a matter of seconds.

It's not certain what went wrong, although regional leader Alexei Tsydenov speculated to Reuters that the 100-plus WiFi signals in the area might have played a part. Mind you, we'd take that theory with a grain of salt. Mail drones have flown in denser urban areas than this, so it's not as if WiFi is guaranteed to cause havoc.

This isn't the bitter end -- Tsydenov has vowed to "keep trying." It's not exactly a shining moment for Russian Post, however. The state mail carrier has tried to disassociate itself from the crash, but it had clearly lent its approval with its logo slapped all over the package and the launch pad. And when Russia Post has been hoping to field delivery drones for years, this is a serious snag in its plans -- something tells us it won't rush to roll out more drones in the immediate future.

Source: Reuters
In this article: deliverydrone, drone, gear, mail, robots, russia, russianpost, video
All products recommended by Engadget are selected by our editorial team, independent of our parent company. Some of our stories include affiliate links. If you buy something through one of these links, we may earn an affiliate commission.