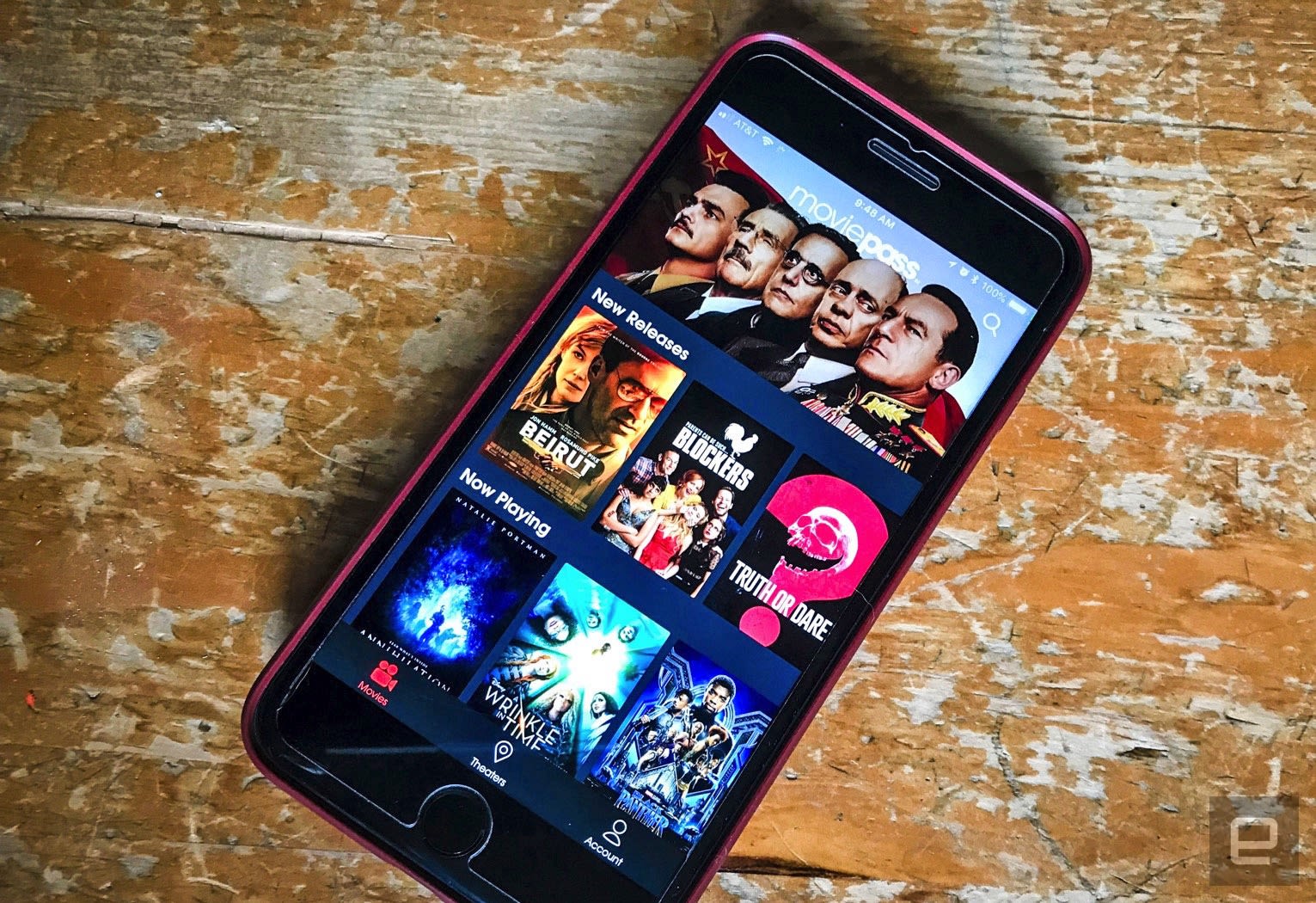 MoviePass seems to be on fire these days. It's like Netflix (NFLX), but for movie theaters: You pay $10 a month, and go out to see all the movies you want. (3D and IMAX not included.) 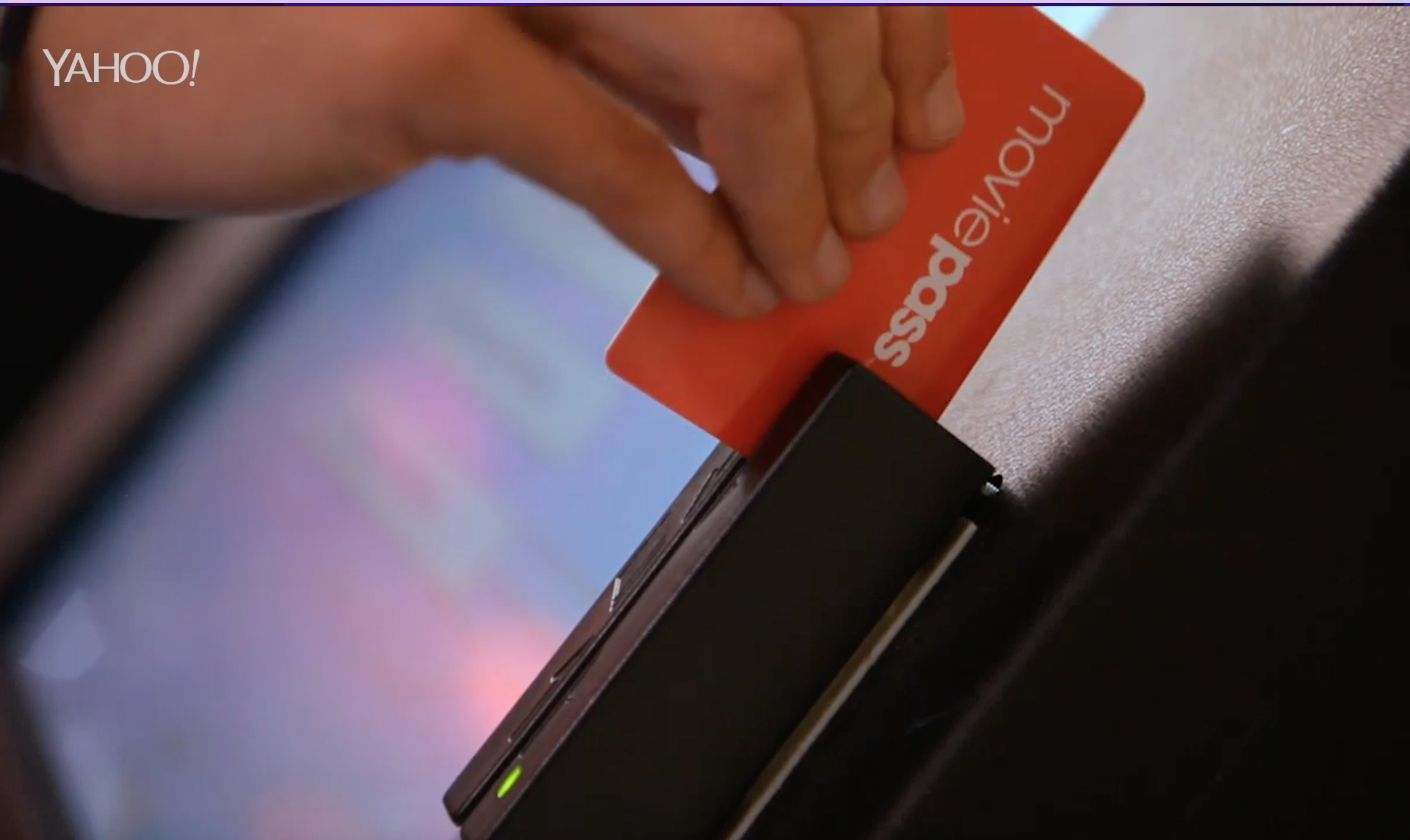 That deal is so good, they've already signed up close to 2.5 million subscribers, who already buy 6% of all movie tickets in the U.S.; the company expects to double those numbers by summer.

There's been only one hiccup on the company's road to success: A comment made by MoviePass CEO Mitch Lowe at a Hollywood entertainment conference last month.

In that talk, he said at one point, "We get an enormous amount of information." Using your phone's GPS data, "we watch how you drive from home to the movies. We watch where you go afterwards... We know all about you."

People were already baffled by MoviePass's business model, which has always seemed mysterious; this remark seemed to confirm their worst suspicions.

When I sat down to interview Lowe, along with Ted Farnsworth (CEO of MoviePass's parent company Helios and Matheson Analytics), I asked him to explain.

Pogue: I can't have Mitch Lowe here and not ask about this Hollywood conference. What do you track and what did you mean?

In my exuberance, I was actually trying to be funny, which never pays off. Ted will tell you my jokes aren't very good.

Lowe: We never have tracked. We never are tracking.

Pogue: But then you made a change in the app's Location Services feature in the next app update.

Lowe: Yeah. When we got our authorization from Apple, we were given a standard iOS menu that appears when you first open the MoviePass app. It gives you three choices [for Location Services]: "Never track me," "Only track me when the app is open," or "Always track me."

And we offered all three options, even though even if you clicked on "Always," it actually meant "Only when the app is open," because we never track when the app isn't open.

But that "Always" option being there was confusing, and so we pulled that. We said, "look, we're only using these two options, so here are the two options." It removes the confusion.

Farnsworth: Being a data analytics company like us [Helios & Matheson, MoveiPass's parent company], we're extremely cautious with what we do with data. We dealt with the issue right away. I mean, Mitch came out with a statement right away that it was only a joke. It's really kind of passed, but it [data security] is an issue with everybody. I mean Facebook, what's going on with them right now... Google...so it really is an issue. We've got to get extremely serious.

Lowe: Ted's background is data analytics, but previously our major shareholder was the chief privacy officer of Facebook. So he has always ensured that despite what I might stupidly say at a conference, what we actually do—and what we say we're doing in our terms and conditions—are all compliant and right.

Pogue: Yeah, I guess you were in the vanguard in that way.

David Pogue, tech columnist for Yahoo Finance, welcomes non-toxic comments in the Comments below. On the Web, he's davidpogue.com. On Twitter, he's @pogue. On email, he's poguester@yahoo.com. You can sign up to get his stuff by email, here.

In this article: app, en-US, entertainment, finance, language, location, locationtracking, mitchlowe, mobile, moviepass, movies, privacy, provider_name, region, security, site, US, Yahoo Finance
All products recommended by Engadget are selected by our editorial team, independent of our parent company. Some of our stories include affiliate links. If you buy something through one of these links, we may earn an affiliate commission.