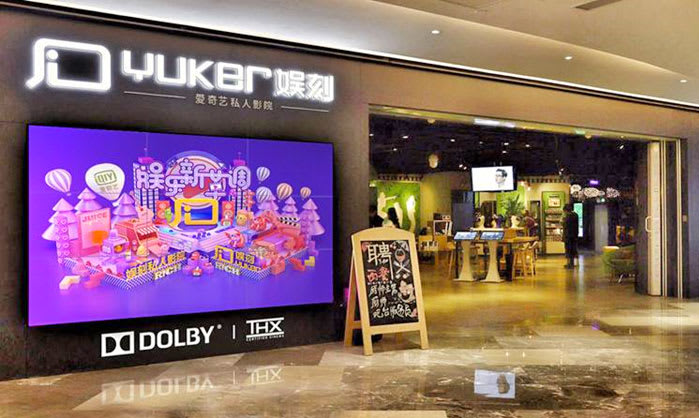 According to the South China Morning Post, iQiyi plans to open more of these theaters, branded "Yuke," in more Chinese cities. This initial theater opened in Zhongshan city in the southern Guangdong province, and will allow people there book private, on-demand showings of iQiyi's online content. Such a deal isn't too far-fetched, either. It mirrors a rumored Netflix purchase of theater companies like Landmark, showing that online companies continue to want to make inroads to our offline lives.

Source: South China Morning Post
In this article: av, cinema, entertainment, iqiyi, netflix, on-demand, theaters, yuke
All products recommended by Engadget are selected by our editorial team, independent of our parent company. Some of our stories include affiliate links. If you buy something through one of these links, we may earn an affiliate commission.