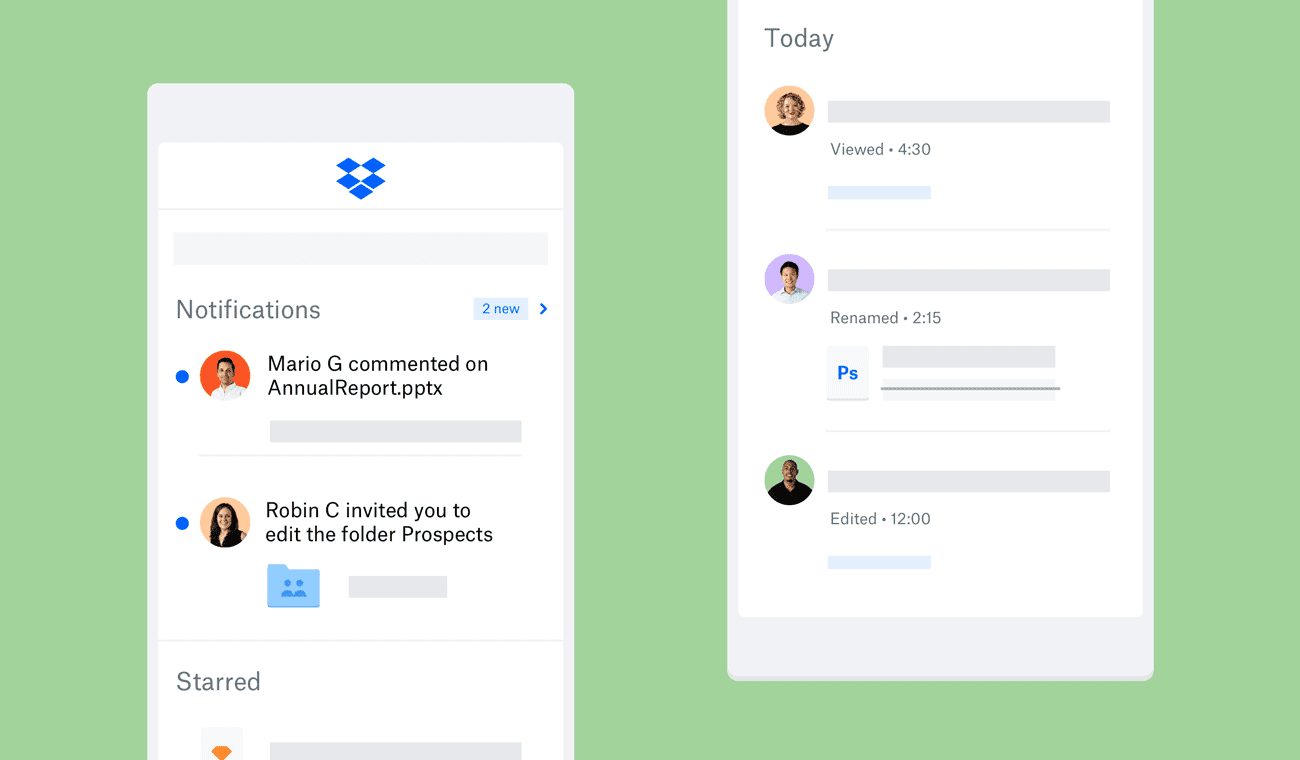 Dropbox finally went public at the beginning this year, and over the last month or two the company has made numerous improvements to a wide variety of its services. The latest to go under the knife are the Dropbox iOS and Android apps, which get a handful of new features today that the company says are focused on helping users stay in sync with their teams when they are on the go.

The first change is the addition of file activity -- this basically lets you see everyone who has viewed, edited or shared files from your Dropbox. If anyone has shared your file, it'll also show exactly who it went to. This info already exists in the web version of Dropbox, but the company said that having full visibility into file activity on mobile as well was something users were asking for.

In the same vein, Dropbox is revamping its comments system for iOS to make viewing and responding a lot easier. When viewing a file preview, a text box will automatically show up at the bottom of the screen -- typing in there adds a comment to the file, rather than having to jump into a separate view only for leaving comments. The company also says that sharing files from mobile will be much clearer and prominent in this update. That said, we haven't seen the new interface yet so we'll have to wait and see how useful this change it.

Finally, Dropbox for iOS now has a better way to browse things like video and photos. The new "gallery view" does just what you'd expect: It displays files in the same fashion you'd see them in an app like Google Photos or the iOS photos app, making it easier to search though them visually.

None of these are ground-breaking changes, but today's improvements along with the recently-revamped home screen showing recent and "starred' favorite files along with notifications should make it a lot easier to find the content you're looking for. Dropbox also added drag-and-drop features for the iPad; when you take all this into account this is probably the biggest mobile update for Dropbox since the company added document scanning almost two years ago. Users can download the new app from the Apple App Store and Google Play today; while file activity isn't yet available on Android, it should be soon.

In this article: dropbox, filesharing, gear, internet, iOS, mobile, services
All products recommended by Engadget are selected by our editorial team, independent of our parent company. Some of our stories include affiliate links. If you buy something through one of these links, we may earn an affiliate commission.