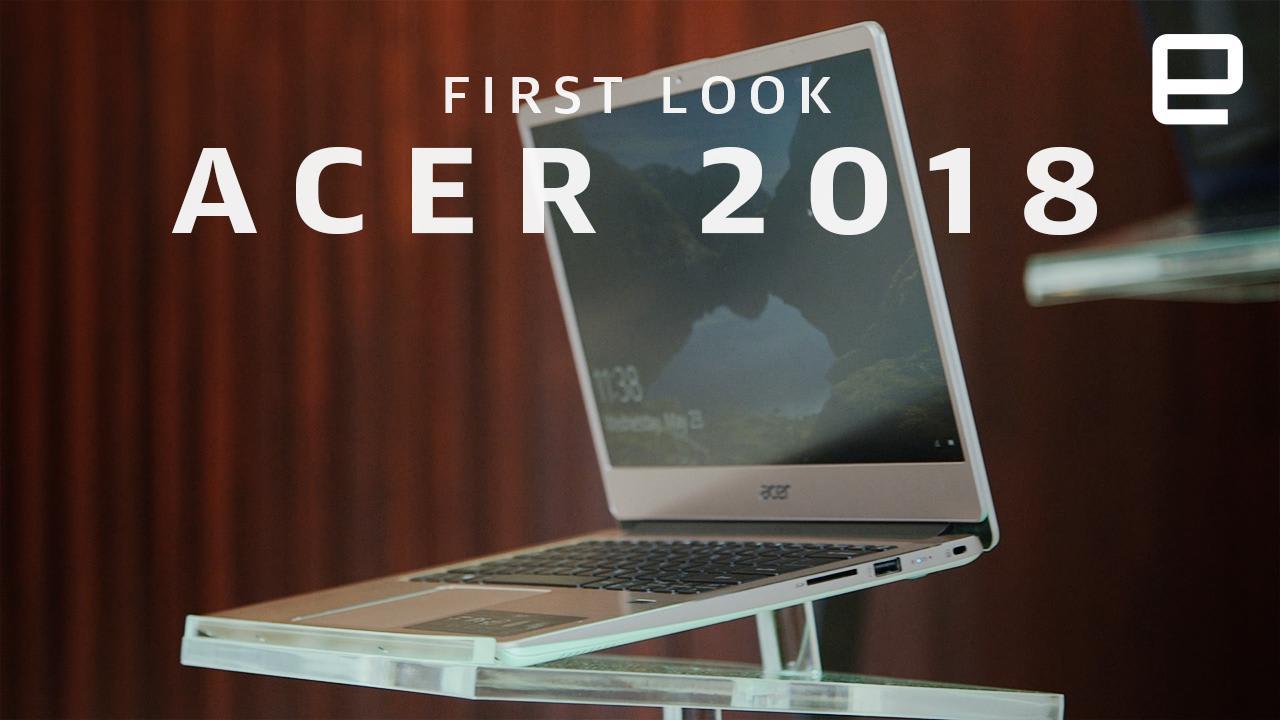 If you've been turned off by the limited horsepower in Chromebooks so far, Acer's new Spin 13 might be for you. It sports either an Intel Core i3 or Core i5 CPU, something we've only seen in Google's pricey Pixelbook. In a brief hands-on session at Acer's launch event today, the Chromebook Spin 13 definitely felt a cut above the Chrome OS competition. Its metallic case is sturdy and smooth, and since it's a "Spin" model from Acer, you can also twist the screen all the way around to use it as a tablet. It's not exactly exciting, but it shows there's more for the Chromebook market beyond sluggish education-focused machines. The Chromebook Spin 13 I tested was a prototype that had trouble running for a few minutes without crashing. That's not too surprising with early hardware, so I won't hold it against Acer too much. There's also a more traditional Chromebook 13 from Acer, which also has a solid metal case, but is stuck with a Core i3 CPU. Both models feature comfortable chiclet keyboards, as well as large touchpads coated in Gorilla Glass. Their 15.6-inch screens have a 3:2 aspect ratio, much like Microsoft's Surface machines, which gives you more vertical workspace than a typical widescreen monitor.

The Predator Helios 500, Acer's new 17-inch gaming laptop, felt practically imposing as I approached it. It's simply massive. Acer doesn't have any official weight figures yet, but it felt around eight pounds when I picked it up (the smaller Helios 300 weighs 6.6 pounds). Inside that huge case, it's powered by an overclockable Intel Core i9+ CPU and NVIDIA's GTX 1070 GPU. (I'm surprised Acer didn't find a way to stuff a GTX 1080 in there, though.) The Helios 500 also features G-SYNC compatible screens, which are available in 1080p and 4K up to 144Hz. 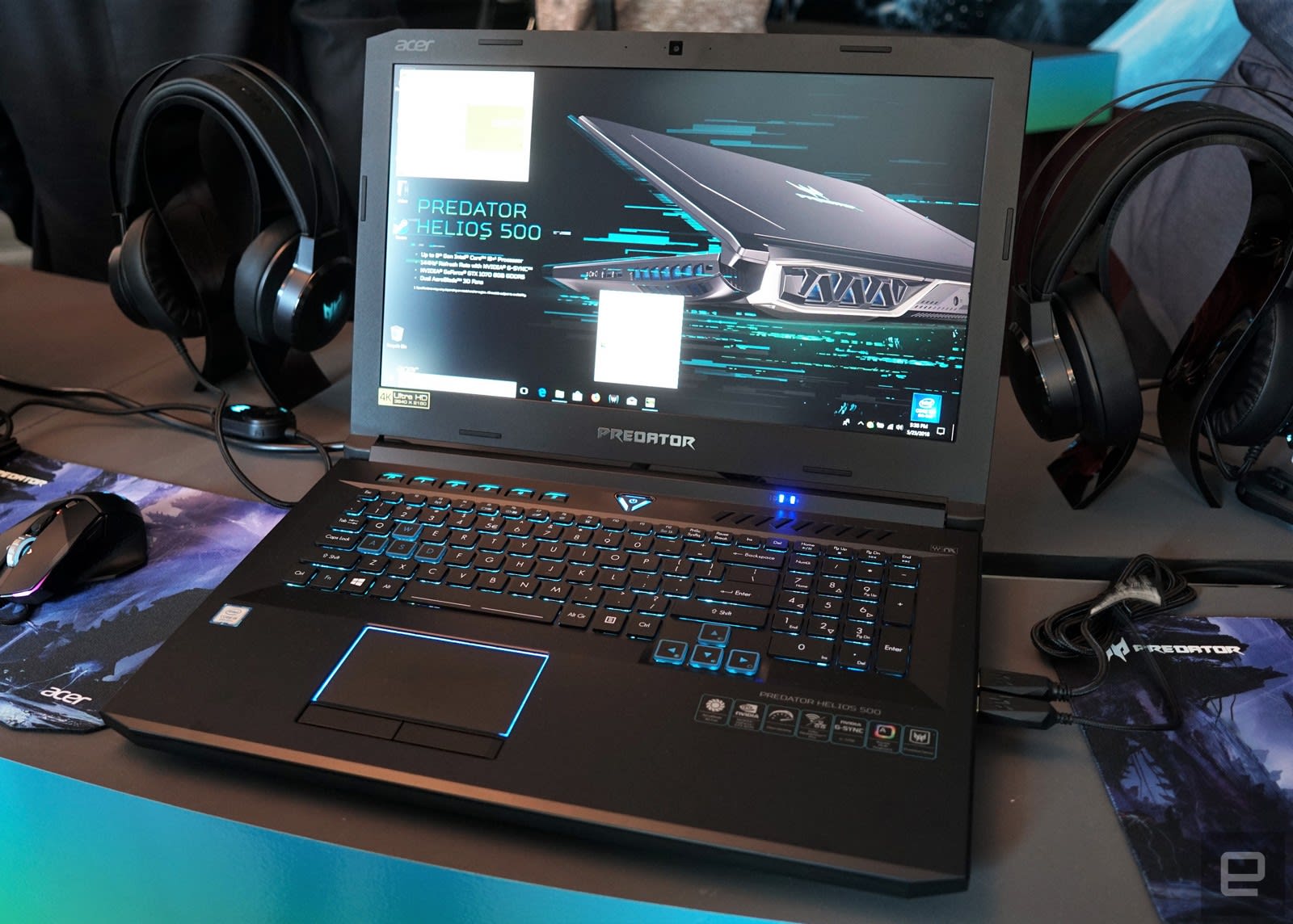 Playing through a round of PlayerUnknown's Battlegrounds on the Helios 500 felt even smoother than my desktop PC, where I use a 60Hz ultrawide monitor. You can immediately see the benefits of that high refresh rate screen and NVIDIA's G-SYNC, which irons out gameplay kinks if you can't reach 144 FPS.

Unfortunately, Acer only had a dummy mockup of the new Swift 5 at the event. It was made to simulate the experience of holding a 2.2-pound laptop with a 15.6-inch screen, but there was no actual hardware inside (even the keyboard didn't work). If the final computer feels as light as the dummy, it would be remarkable. In comparison, LG's Gram, the lightest 15-inch notebook we've seen so far, weighs 2.4 pounds.

Acer doesn't have pricing or availability details for its new Chromebooks or the Swift 5 yet (though a rep mentioned the Chromebooks might be ready by September). The Predator Helios 500 will be available in June starting at 1,999.

In this article: acer, ChromebookSpin13, gadgetry, gadgets, gaming, gear, Helios500, personal computing, personalcomputing, Swift5
All products recommended by Engadget are selected by our editorial team, independent of our parent company. Some of our stories include affiliate links. If you buy something through one of these links, we may earn an affiliate commission.