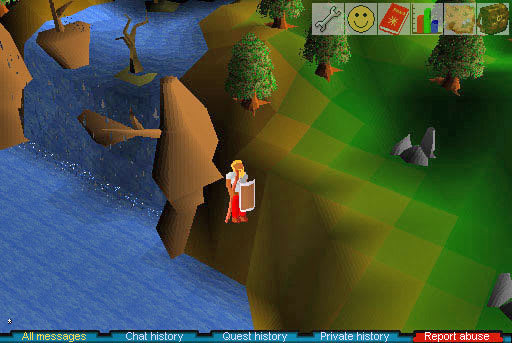 One year after revealing plans to port both RuneScape and Old School Runescape to mobile and tablet, developer Jagex has announced that the original RuneScape's PC servers will be going offline permanently. To be clear, that's Runescape Classic -- the 2001 game -- so Old School Runescape servers remain unaffected.

For fans of the 17-year old browser-based MMORPG, this is akin to the ending of an era; RuneScape was one of the pioneers in the online fantasy niche, sitting amongst EverQuest and Asheron's Call; it dunked players into a medieval realm, let them transform into an avatar of their choice, and embark on a non-linear adventure filled with questing, PvP combat, and of course, an enviable chatroom. But from August 6th at 3AM ET, Runescape Classic will vanish into the digital ether. Jagex explained that its tools simply aren't compatible with Classic any longer:

"It has been amazing to see such dedication amongst those of you who have kept playing RuneScape Classic over the last few years," Jagex's farewell post says, "However, it's not all fun and games." Apparently, botting had become a serious issue and a growing list of game-breaking bugs were proving too difficult to eradicate.

For many gamers whose formative years coincided with the dawn of the new millenium, RuneScape was the hangout of choice. And it seems old habits die hard. In 2013, RuneScape reached a 2 million account milestone. The game naturally evolved since its initial release -- with major upgrades in 2004 and 2013 -- yet players were still enthralled by retro sensibilities: a poll of 160,000 fans resulted in the restoration of old-school servers, and this makes Jagex's announcement all the more bittersweet.

The good news -- because there's always a bright side to everything -- is that RuneScape Classic servers are still online right now, and Gielindor's doors will remain open for the next three months.

Via: PC Gamer
Source: Jagex
In this article: av, fantasy, gaming, jagex, mmorpg, pc, runescape, runescapeclassic
All products recommended by Engadget are selected by our editorial team, independent of our parent company. Some of our stories include affiliate links. If you buy something through one of these links, we may earn an affiliate commission.