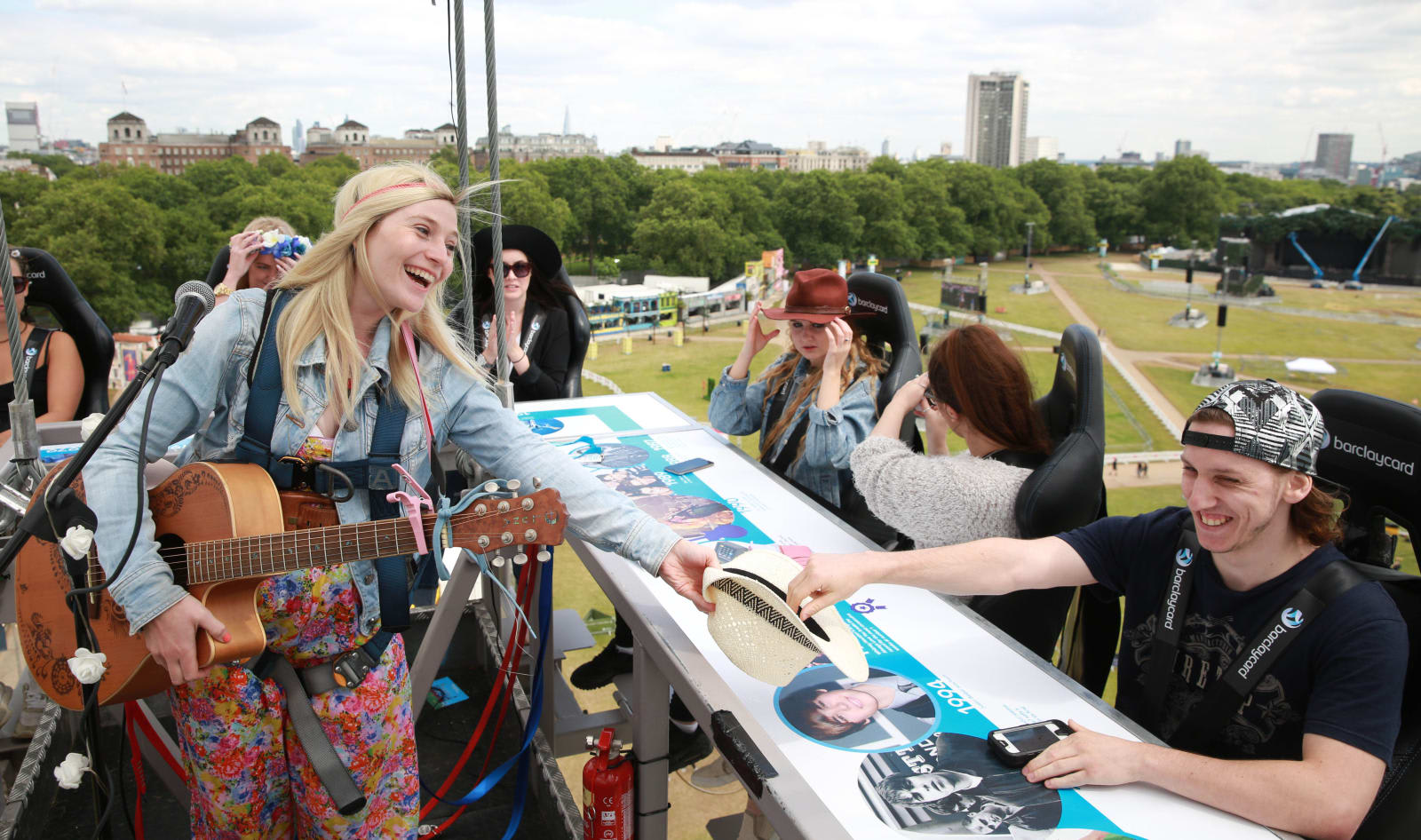 The move toward a cashless society has created a problem for buskers: how do they get paid when many listeners won't have physical currency? There's now a solution on hand. The Mayor of London's office and iZettle (which was recently snapped up by PayPal) have partnered on a first-ever initiative that lets buskers accept tap-to-pay contributions. Participants plug special card readers into their smartphones and set a fixed donation amount -- after that, you just have to wave your card (or a compatible NFC device) to ensure a street performer gets paid.

The service has already been in trials for a while by artists like Charlotte Campbell (above), but it should roll out to buskers in all of London's 32 boroughs in the months ahead. And from early tests, it appears to have a meaningful effect -- Campbell touted a "significant" improvement in her income during the test run. It's not certain when the technology might spread elsewhere in the world, although PayPal's acquisition might help.

For London, this may be as much a cultural necessity as anything else. If there aren't enough cash-carrying residents, buskers may have to take ordinary day jobs -- and that means fewer up-and-coming artists in a city that depends on them for some of its economic success. The tap-to-pay option may not be as easy or affordable as leaving a guitar case open, but it could easily pay for itself if it keeps musicians active well into the future.

Source: Sky News
Coverage: BBC
In this article: business, busker, busking, gear, izettle, london, music, nfc, payment, payments, paypal, taptopay
All products recommended by Engadget are selected by our editorial team, independent of our parent company. Some of our stories include affiliate links. If you buy something through one of these links, we may earn an affiliate commission.