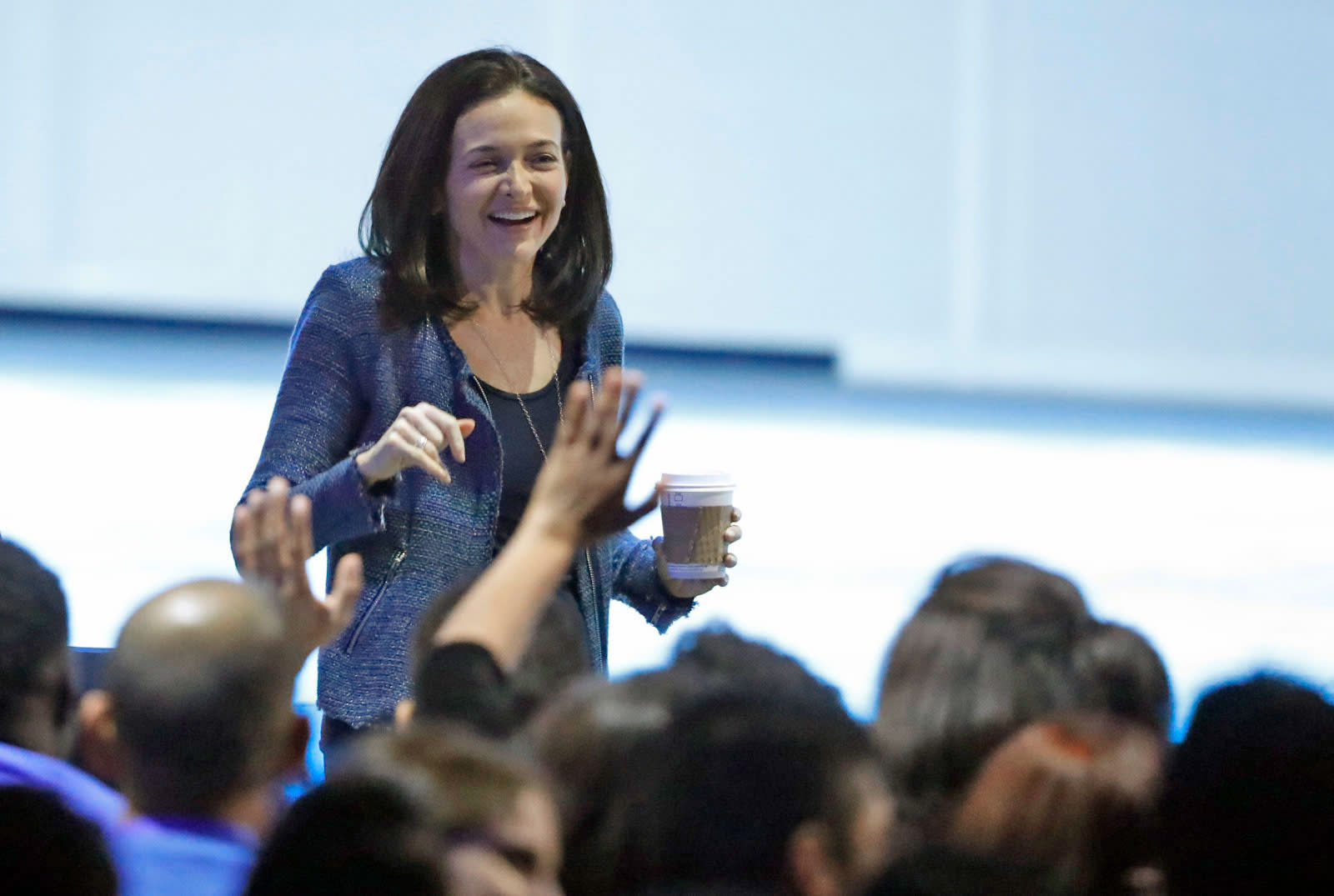 At the Code Conference today, Facebook COO Sheryl Sandberg and CTO Mike Schroepfer faced questions on all of the issues that has plagued the company lately, like the Cambridge Analytica scandal, and the influx of fake news and hate speech. Specifically, Re/Code's Kara Swisher asked them why hasn't anyone been fired for the Cambridge Analytica scandal. "We do fire people," Sandberg answered, though she wouldn't specify that it was related to the scandal. "We don't trot them out and make examples of them."

But, ultimately Sandberg says that both she and CEO Mark Zuckerberg are responsible, reiterating the apology tour the two have been on for the past few months. "We were late on fake news and election interference," she told Swisher. "I don't think we were focused enough on the bad." More than that, Sandberg also admitted that sorry isn't enough. "We said we're sorry, but sorry isn't the point," she said. "The point is the action we're taking. On all of these fronts, we're thinking about responsibility in a very different ways."

Facebook has promised to be more transparent in its policies and actions. Sandberg also admits that Facebook can't rely on AI all the time to moderate content; that it has to rely on humans too. With Facebook Live, for example, they had implemented human review right away, which worked to an extent. That said, this is a line that Sandberg has mentioned before in response to ads targeting racists.

"When you have humanity on a platform, you get the beauty and you get the ugliness," Sandberg continued, admitting that looking back, she wished they took more action. Schroepfer says that the early years were a time of optimism, where a lot of the bad things weren't looked at properly.

When asked if Facebook is a monopoly, however, the two appear to deny it. "There's a lot of messaging apps," said Schroepfer, adding that he feels like Facebook is facing competition all the time. "If you want to share a video [for example], YouTube's a better place to do it," he said.

As for stepping away from the ads model, Sandberg indicates that the company has considered it. "We've looked at subscriptions and we will continue to look at them," she said. "We are committed to providing a free service. We're looking. We've always looked. But the heart of the service is a free service."

In the end, the two reiterate their admission that the time for responsibility has come. "It's our job to work with regulators around the world to make sure that the right laws are passed," said Sandberg, adding that Facebook is also working on improving News Feed and focusing more on friends and family.

Fundamentally, Schroepfer says that Facebook has to take responsibility for the impacts of their platforms, and it has to change the culture as well. "We've made more progress over the last six months than I thought was possible," said Schroepfer. "It's the biggest cultural shift I've seen in the ten years I've been there."

In this article: codeconference, facebook, gear, internet, mikeschroepfer, sherylsandberg
All products recommended by Engadget are selected by our editorial team, independent of our parent company. Some of our stories include affiliate links. If you buy something through one of these links, we may earn an affiliate commission.