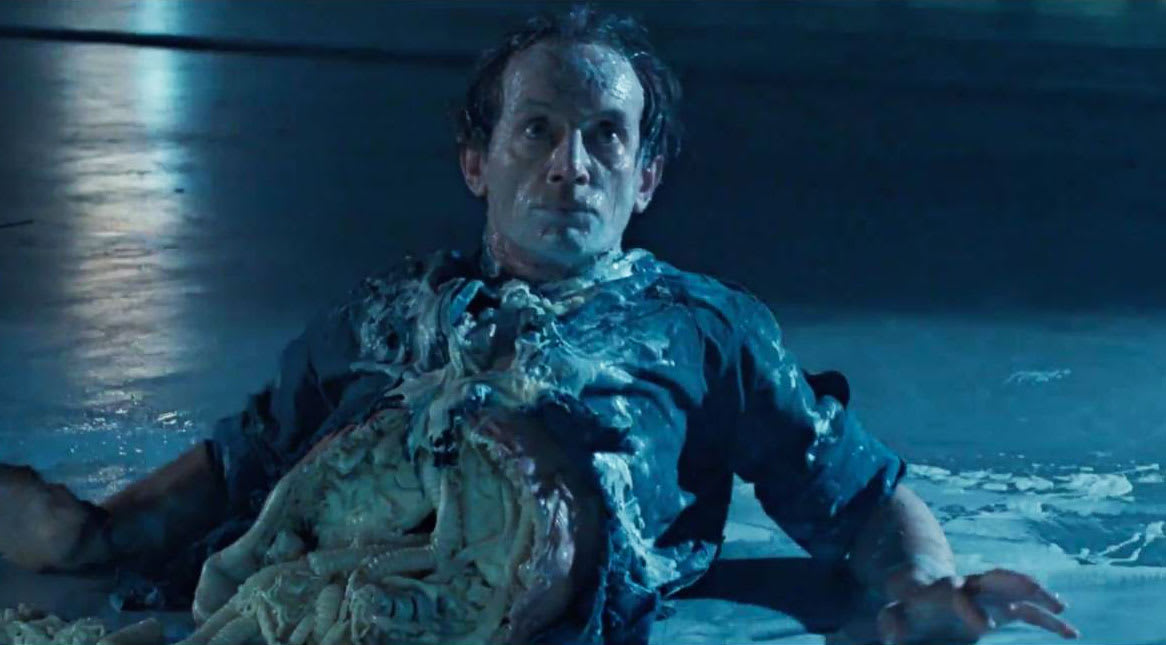 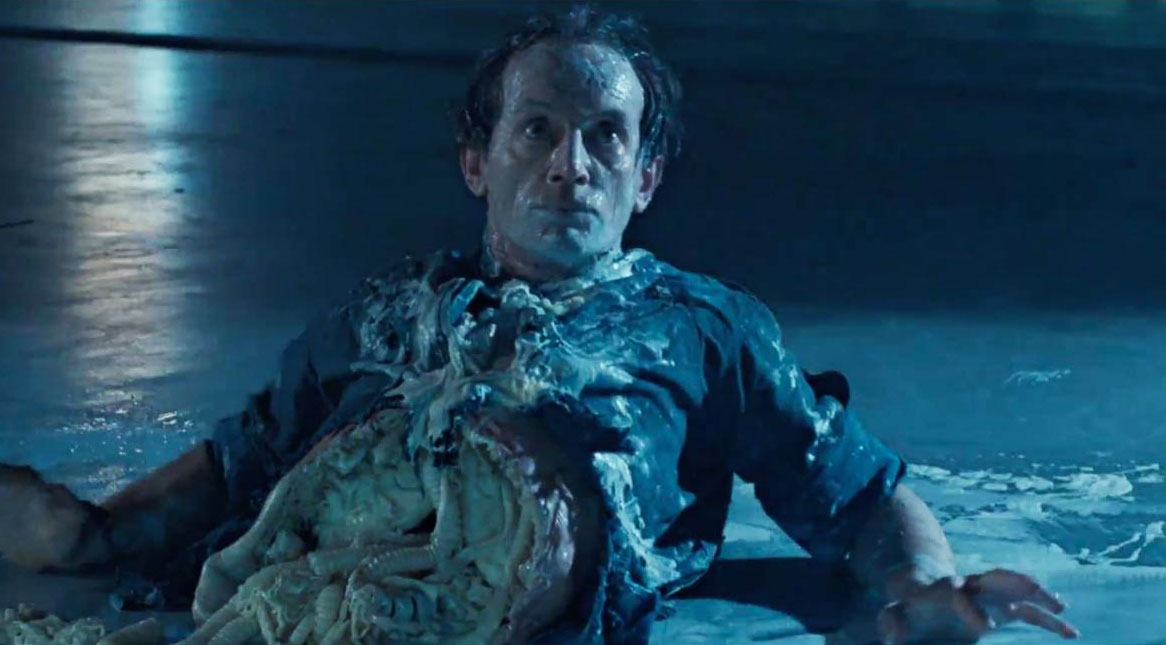 Despite numerous advances in emergency medical care over the past decade, humans are still susceptible to bleeding out like Hefty bags filled with vegetable soup. This is especially problematic when people are seriously injured in remote areas or combat operations. Some 17,000 people die from hemorrhagic shock in the US annually (that's roughly 46 people per day). What's more, the American medical community could soon face significant shortages of transfusable blood stocks. Per a 2011 analysis from the National Blood Collection and Utilization Survey, the US could see a shortfall of around 4 million units of blood annually by 2030. 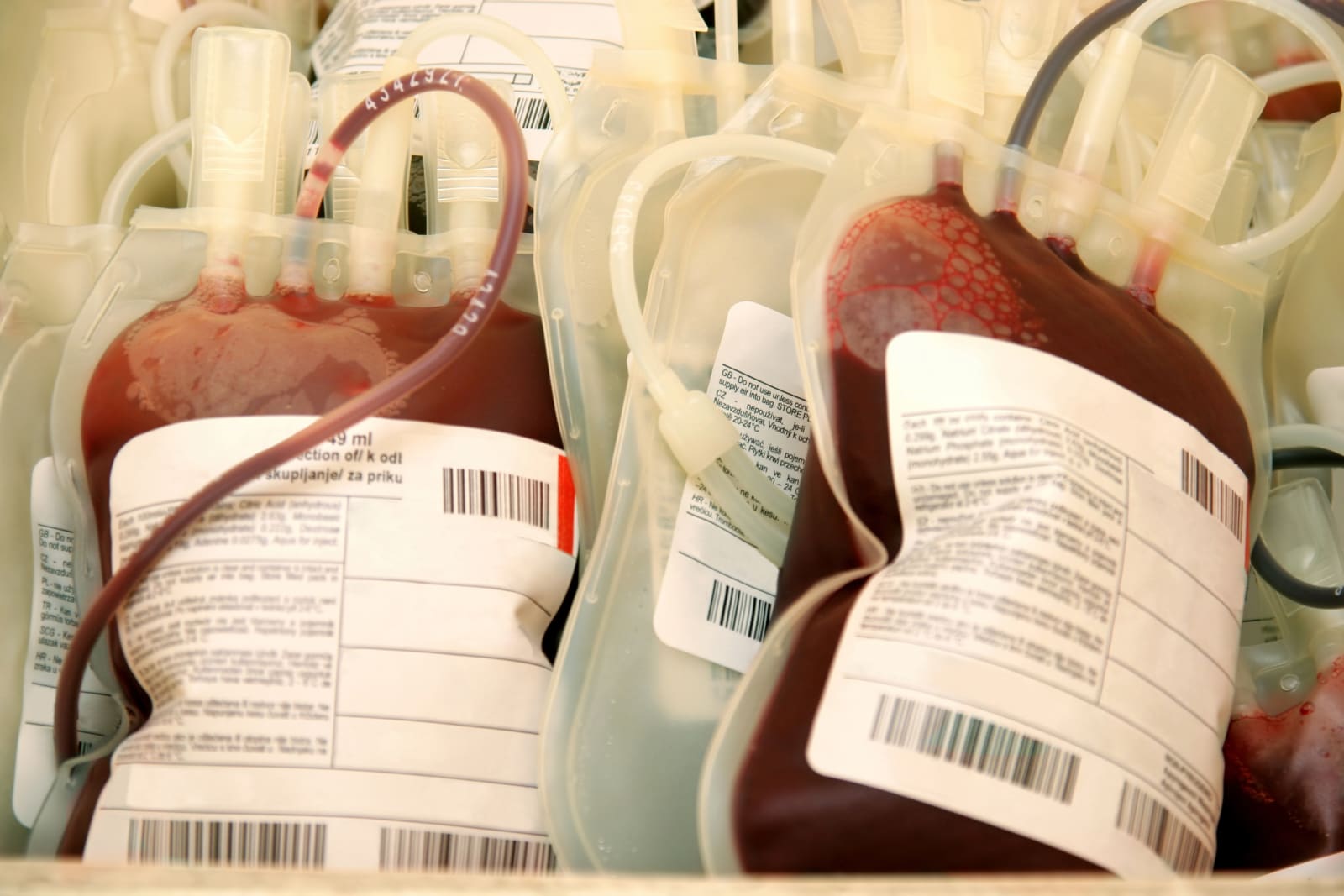 Combined with the need for transfusions during surgery, the dangers of transmitting infectious disease through shared blood, and the continuing lack of qualified blood donor volunteers, we could soon face a serious medical crisis. If only there were a synthetic stand-in that we could use to keep patients alive until they reached a hospital and received proper medical care.

Of course, it isn't like we haven't been trying. The medical community has been working to find a suitable oxygen-carrying blood replacement since the 17th century after William Harvey figured out the pulmonary system. Early attempts were crude, at best. Beer, milk, urine, animal blood -- even mixtures of wine and opium were considered, tested and failed.

Research continued in earnest through the 20th century, up until WWII, when interest in transfusion technology exploded. However, postwar research was almost immediately hamstrung by a number of debilitating side effects which couldn't be resolved with the technical know-how of the time. The emergence of HIV in the 1980s and the Mad Cow Disease scares in the 1990s further impeded advancements in the field.

Turns out that synthesizing a suitable replacement for blood -- even just its oxygen-carrying aspect -- is incredibly difficult. Only two precursors have proved usable to date: recombinant hemoglobin and perfluorocarbons (PFCs). Both offer unique benefits but also a host of dangerous side effects. Hemoglobin-based treatments bind to oxygen more easily than PFCs because that's what the molecule does naturally, but releasing raw hemoglobin into the bloodstream can have toxic effects. As such, Dr. Andre Palmer of the Ohio State University explains, these treatments must be "encapsulated" in larger molecules to keep them from slipping through the pores of the blood vessel and into surrounding tissues where they cause oxidative tissue injury.

PFCs, on the other hand, are inert materials that can carry up to 50 times as much oxygen as blood plasma but less than hemoglobin-based treatments. What's more, PFCs are insoluble in water and must be mixed into a fatty lipid emulsion before being transfused into the bloodstream. Not only do PF-based treatments have difficulty delivering oxygen to the tissues that most need it, Dr. Dipanjan Pan, an Associate Professor in the Department of Bioengineering at the University of Illinois, told Engadget the materials themselves don't have a very long shelf life.

As such, only one oxygen-carrying blood substitute has been approved by the FDA. Fluosol-DA-20, received the FDA's blessing in 1989 but because of extensive side effects was withdrawn from the market just five years later. No hemoglobin-based blood replacement has ever garnered FDA approval. But that could soon change thanks to the independent research conducted by doctors Palmer and Pan.

Dr. Pan's research, carried out in conjunction with Dr. Allan Doctor, professor of pediatrics at Washington University School of Medicine in St. Louis, was funded by grants from both the UK's NIH and the US Department of Defense. The result is a product called Erythromer.

"This is not a blood substitute," Pan explained. "This is for an oxygen carrier that can be given as an oxygen-delivery vehicle that can kind of act as a stop-gap measure to keep the injured alive until they get to the hospital."

Erythromer is human-derived hemoglobin produced in powder form, which enables it to be stored for up to six months -- far longer than the 42 days that blood lasts on ice. The hemoglobin molecules are coated with a cross-linked synthetic polymer which automatically collects oxygen atoms from high pH areas of the body and releases them in oxygen-deprived tissues where the pH is low. Since this material is man-made, there is very little risk that doctors will unwittingly transmit bloodborne disease as HIV, H1N1 or Zika along with it.

Dr. Pan and his collaborators are initially looking to develop Erythromer for military applications. However, Dr. Pan foresees numerous civilian uses, from mass casualty incidents to emergency response in rural areas and developing nations. Even NASA has expressed interest in the technology when sending astronauts to far-flung worlds like Mars.

A polymerized hemoglobin (PolyHb) developed by Dr. Palmer and his team works in much the same way as Erythromer. It too is derived from natural hemoglobin, wrapped in a protective polymer case to prevent hemoglobin's toxic side effects and is designed "to give the patient enough time to get to a hospital to get a blood transfusion because ultimately, if you lose blood, the best thing you can be transfused with is blood," he explained. And like Erythromer, PolyHb can be powdered, reducing its mass and weight by more than half.

This could prove a boon to combat medics who will, in theory, be able to treat up to 10 wounded soldiers at a time with their on-hand supply of PolyHb, double what then can with traditional blood packs. All they'd need is some purified water with which to re-liquify the powdered platelets. As NBC News points out, nearly 90 percent of preventable in-field deaths are the result of hemorrhagic shock.

PolyHb will give you 24 hours or 48 hours -- hopefully, enough time to be transported to a medical facility to get a blood transfusion. That's not a long enough half life to make the material useful in treating chronic blood-oxygenation diseases like Sickle Cell or COPD, but it should keep you alive long enough to seek proper medical care.

Unfortunately, it doesn't appear that either Erythromer or PolyHb will be able to do more than transport oxygen for the time being, meaning that a full-on synthetic blood replacement remains tantalizingly out of reach for the foreseeable future.

"You'd have the oxygen carrying therapeutic, and then you'd have something that initiates clotting, for example," Dr. Palmer points out. "So it is possible to mix two different therapeutics together to achieve extra functions." However, as of yet, nobody has managed to create a material that does both.

In this article: blood, erythromer, hemorrhagicshock, medicine, tomorrow
All products recommended by Engadget are selected by our editorial team, independent of our parent company. Some of our stories include affiliate links. If you buy something through one of these links, we may earn an affiliate commission.