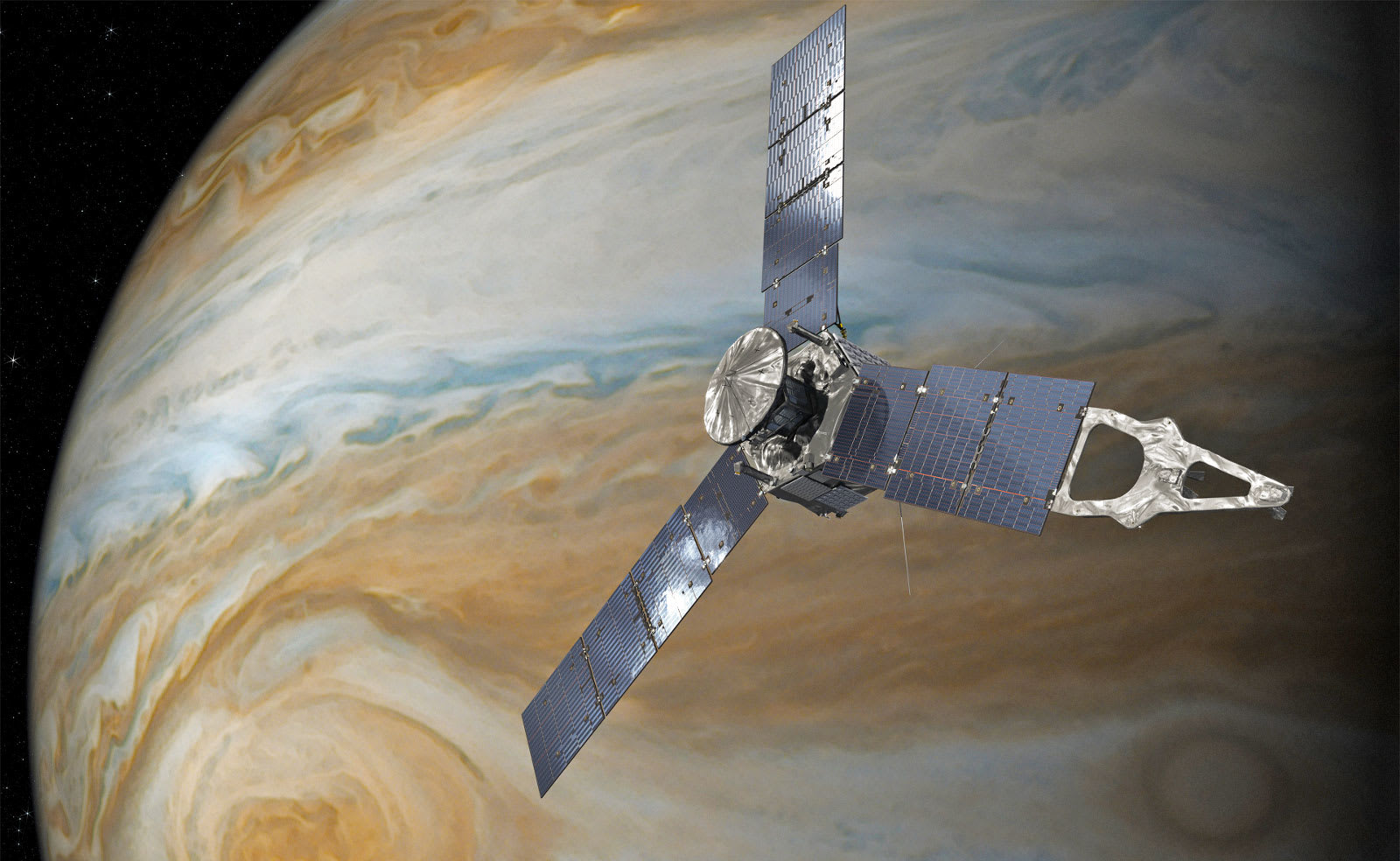 Good news, space fans: NASA has given the Juno spacecraft the time (and money) it needs to be able to accomplish its missions. The probe, which left our planet in 2011 and reached Jupiter in 2016, was supposed to wrap things up in February this year. Now, NASA has agreed to fund the project until fiscal year 2022 and to extend its science operations for 41 more months. That means Juno will be orbiting the gas giant until July 2021 and will spend the months after that analyzing data.

Just keep spinning, just keep spinning...@NASA approved an update to my science operations until July 2021, providing for an additional 41 months in orbit around #Jupiter! https://t.co/12VnqNw7xz pic.twitter.com/3zPJL4y0Xd

Juno originally had a short lifespan, since it was supposed to orbit Jupiter every 14 days. Unfortunately, something went wrong with the valves in its fuel system (and those are necessary for main engine burns), so it got stuck doing 53-day orbits instead of 14-day ones like its ground team planned. Longer orbits mean it needs more time to collect the amount of data NASA wanted to get -- this extension will give the agency the chance to learn everything it can about the biggest planet in our solar system.

"With these funds, not only can the Juno team continue to answer long-standing questions about Jupiter that first fueled this exciting mission, but they'll also investigate new scientific puzzles motivated by their discoveries thus far. With every additional orbit, both scientists and citizen scientists will help unveil new surprises about this distant world."

In the past two years that it's been orbiting Jupiter, Juno already beamed back a lot of crazy interesting information about the planet. We learned that its poles are packed with storms the size of Earth, for instance, and that the belts we see in many Jupiter photos vary in depth and nature. The spacecraft also took some of the closest images of the planet we've ever seen, including snapshots of the Great Red Spot that show the storm's finer details.

Source: NASA
In this article: gear, juno, jupiter, nasa, space
All products recommended by Engadget are selected by our editorial team, independent of our parent company. Some of our stories include affiliate links. If you buy something through one of these links, we may earn an affiliate commission.