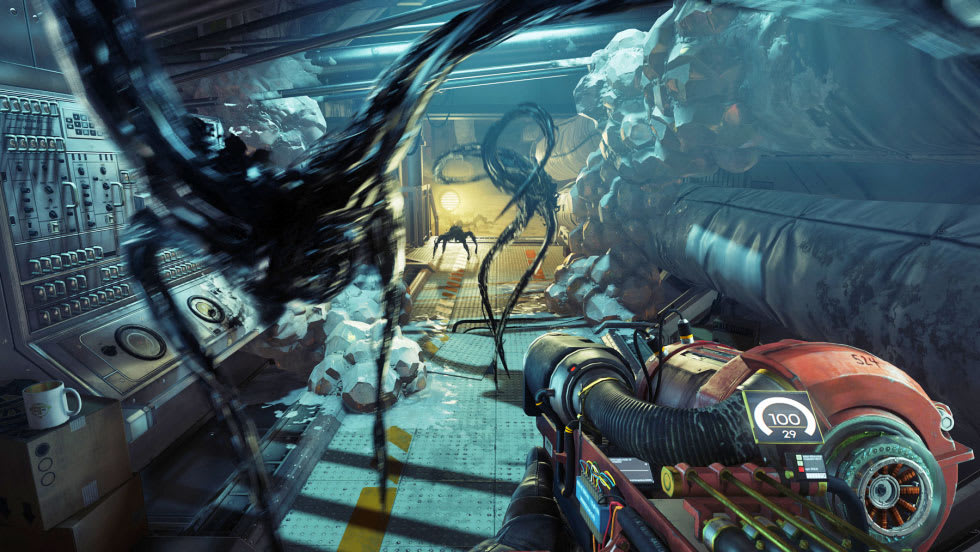 Bethesda and developer Arkane Studios aren't done with Prey. Not by a long-shot. The pair just announced an intriguing set of downloadable content for the single-player 2017 sci-fi game, including a multiplayer mode and roguelike pack. The latter, Mooncrash, is out today and enemy encounters change every time you play. So is a free update that adds two new difficulty modes (one for folks who want to explore, and another for those who feel the game wasn't hard enough already). Mooncrash tasks you to take repeat runs through a lunar base, unlocking new characters, building on the original game's narrative.

Later this summer, Prey will get another add-on called Typhon Hunter, which is more or less Evolve set on a space station, with VR support. One human character tries to survive against a group of shape-shifting (and human-controlled) Typhon aliens in a deadly game of hide and seek. The Typhons can even disguise themselves as a coffee mug.

In this article: arkanestudios, av, bethesda, dlc, e32018, gaming, prey
All products recommended by Engadget are selected by our editorial team, independent of our parent company. Some of our stories include affiliate links. If you buy something through one of these links, we may earn an affiliate commission.