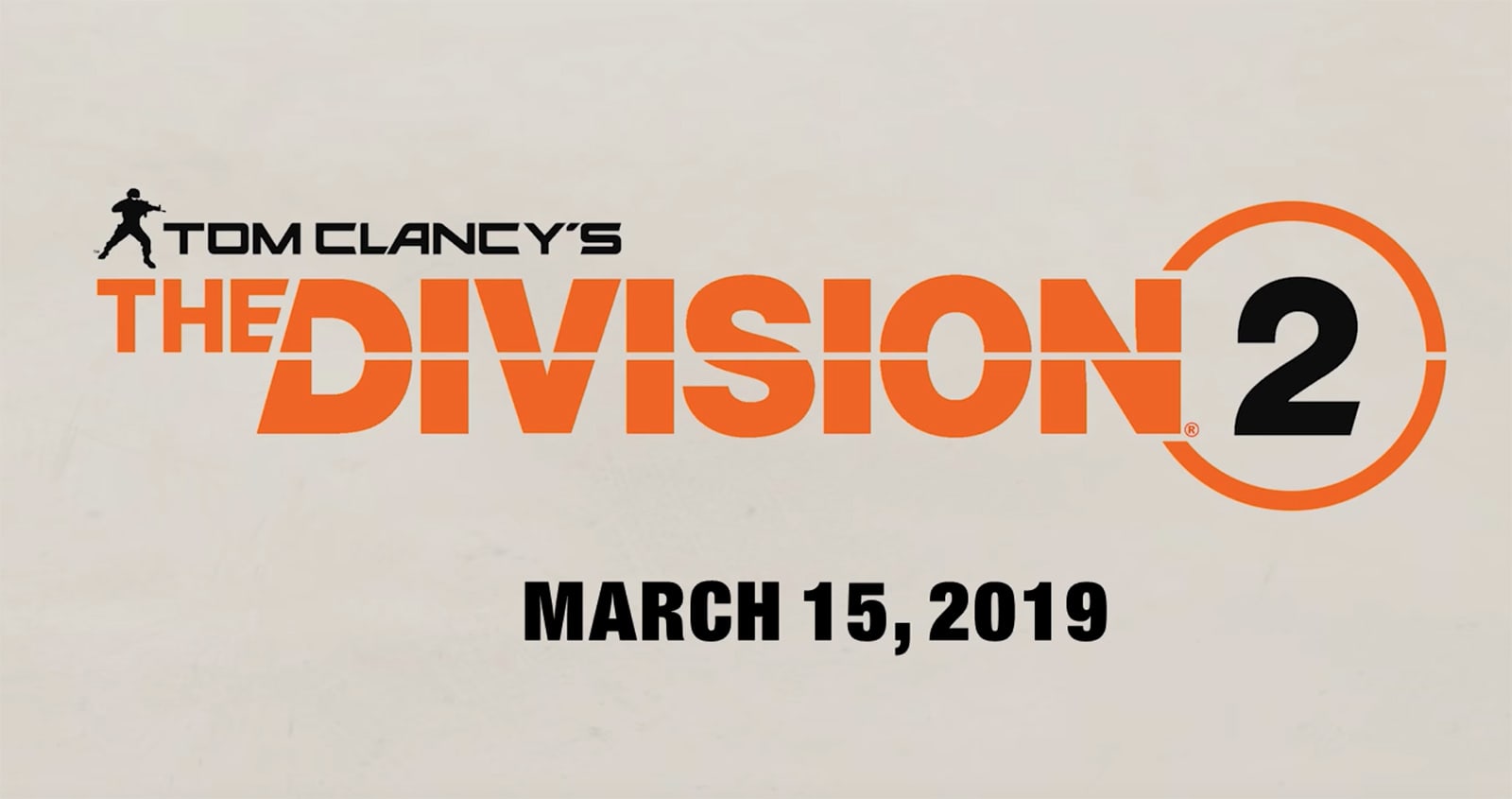 Microsoft stunned the assembled audience at its E3 2018 press conference with not only intense gameplay footage of "The Division 2" from Ubisoft, but also an official release date for the highly-anticipated sequel: March 15th, 2019. News of Tom Clancy's post-apocalyptic MMOFPS first surfaced back in March of this year and looks to build off of its predecessor in terms of both cinematics and gameplay. The story takes place just six months after the initial outbreak as the agents of The Division face a burgeoning civil war. Ubisoft's Swedish studio Massive Entertainment is behind its development and will be leveraging the company's Snowdrop engine.

And here is some footage of the actual, in-game action:

In this article: av, gaming, microsoft, thedivision2, TomClancy, tomclancysthedivision, ubisoft, xbox
All products recommended by Engadget are selected by our editorial team, independent of our parent company. Some of our stories include affiliate links. If you buy something through one of these links, we may earn an affiliate commission.