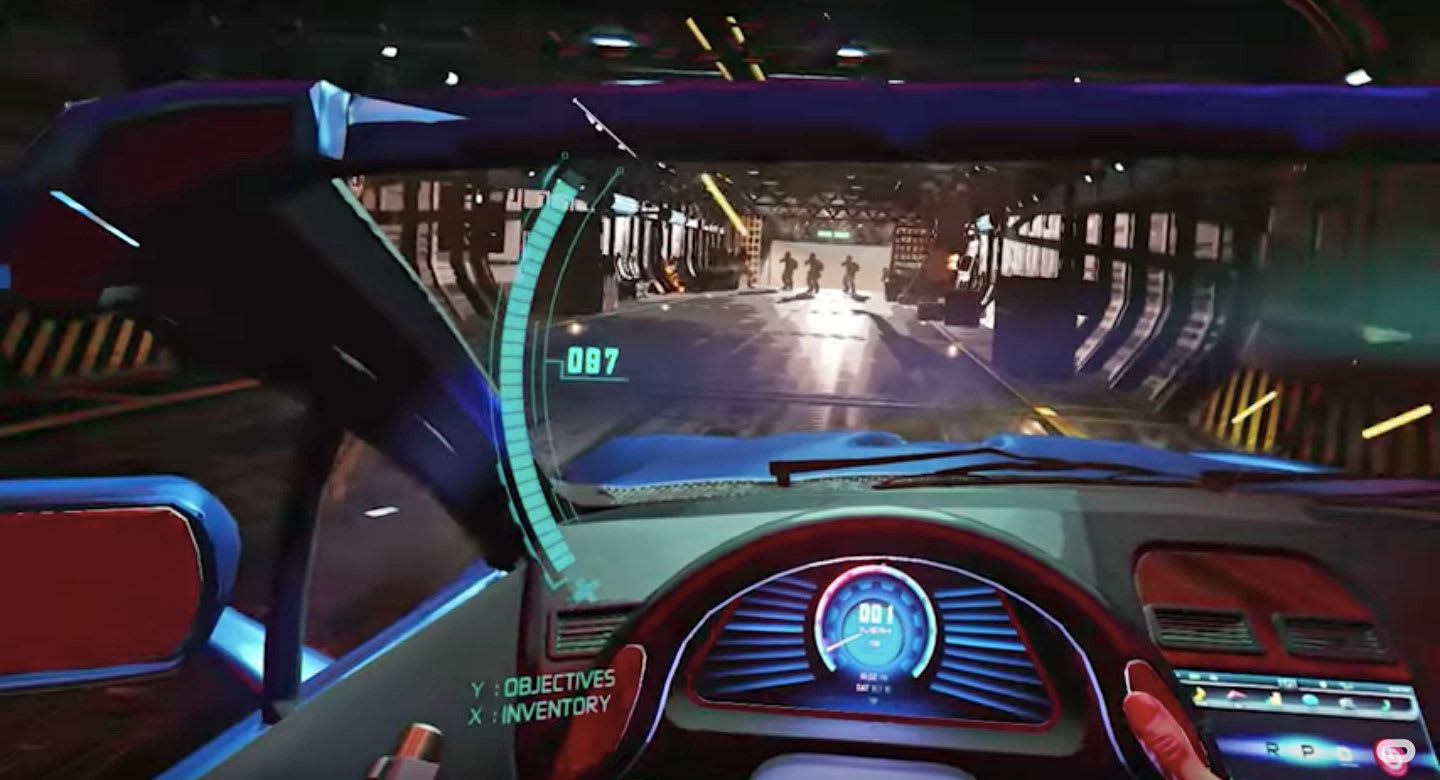 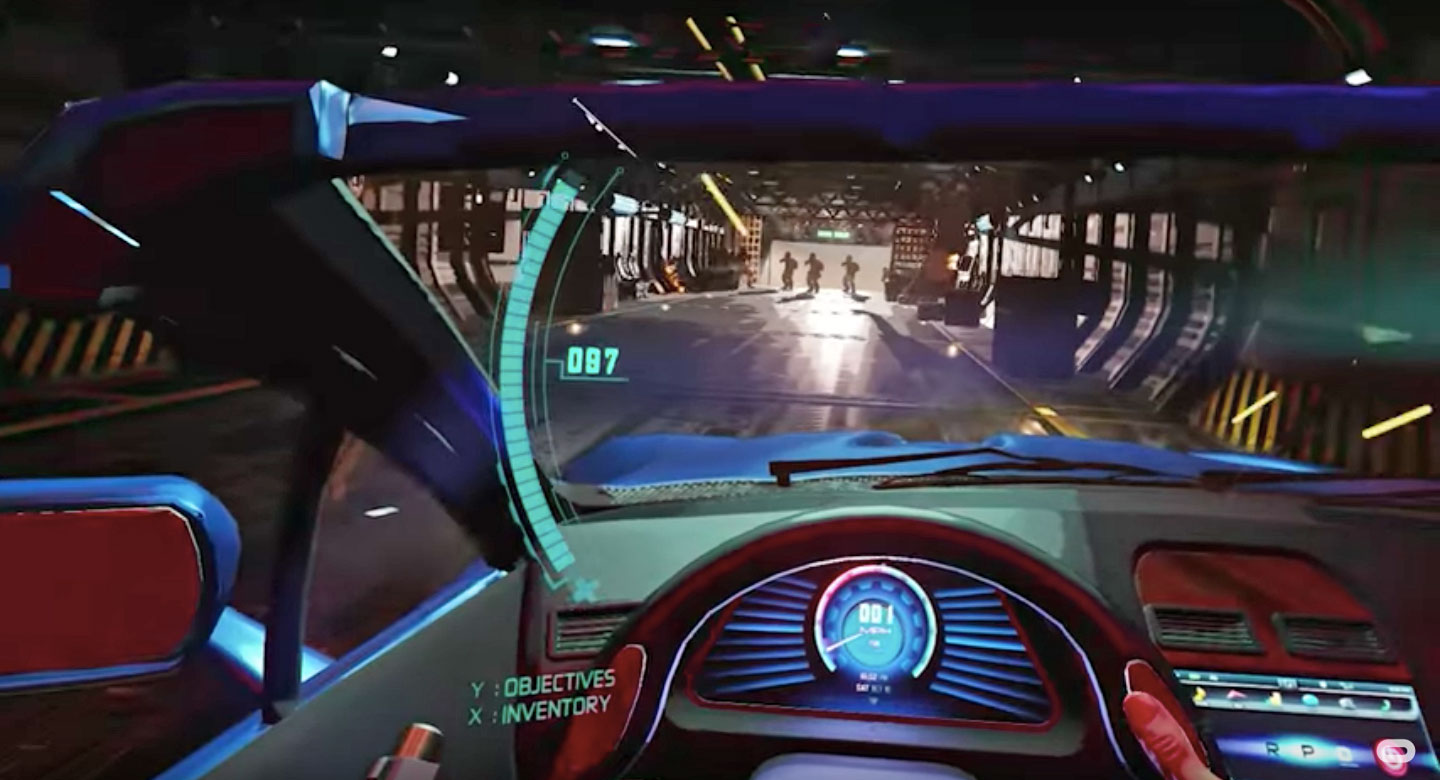 While I may be a rather incompetent assassin, it turns out that I'm not a half-bad secret agent man. At E3 on Thursday, I was afforded the opportunity to don an Oculus headset and play through a level of Twisted Pixel's upcoming espionage simulator, Defector. I only blew my own cover twice!

You play as, well, a spy -- an unnamed, blankfaced male or female assassin working for a shadowy government agency charged with completing a variety of espionage-y acts across the globe. The level that I played was definitely more Mission: Impossible than 007, but I'd be surprised if there weren't also a number of charm offensive missions, given the game's use of Mass Effect-style multi-path dialog trees.

My mission, if I chose to accept it, was to cajole information out of a notorious arms dealer while aboard his private jet, then escape the airplane once I had obtained the intel. Easy right?

Well, within five minutes I had physically coerced the arms dealer into divulging what he knew by threatening to rip his face off via explosive decompression, pistol whipped him unconscious, strapped him into a parachute with the help of a double agent, thrown his limp body out of said plane, and engaged in a furious first-person gun battle with a dozen or so very large, very angry and very well armed private security personnel aboard an aircraft that was now on fire. Luckily there was an exotic convertible roadster equipped with a parachute conveniently located in the jet's cargo hold with which I was able to make my departure. It was a blast.

Defector puts the Oculus Touch controllers and headset's position tracking to good use. You're able to grasp and pick up objects in the environment, peak around corners and stick the barrel of your firearm over cover. You even have to manually reload your firearm when you empty a clip. That was a really cool touch. The punching action is a bit finicky, though, and didn't consistently pick up my movements.

See, I need to be punching stuff because of course I have to engage the captain of the security force in a bare knuckle fight in order to win his keycard and unlock the cabin door behind him. I mean, how else would I do it, shoot him in the face like I just did to the other 12 enemies onboard?

Actually, that part of the gameplay kind of bugged me. The entire level played very linearly with little opportunity to improvise. It felt like I was playing through a to-do list. I really hope that the full version of the game, which is slated to be released at some point this year, will allow players to use their imaginations a bit more when completing missions. Still, by the end of the demo, my palms were sweating and my heart was racing -- and not just because I'd been shadow boxing a virtual villain for the past seven minutes. I'm excited to see what the full mission lineup looks like.

In this article: av, defector, e32018, espionage, gaming, hands-on, oculus, oculustouch, rift, tracking, twistedpixel, vr
All products recommended by Engadget are selected by our editorial team, independent of our parent company. Some of our stories include affiliate links. If you buy something through one of these links, we may earn an affiliate commission.