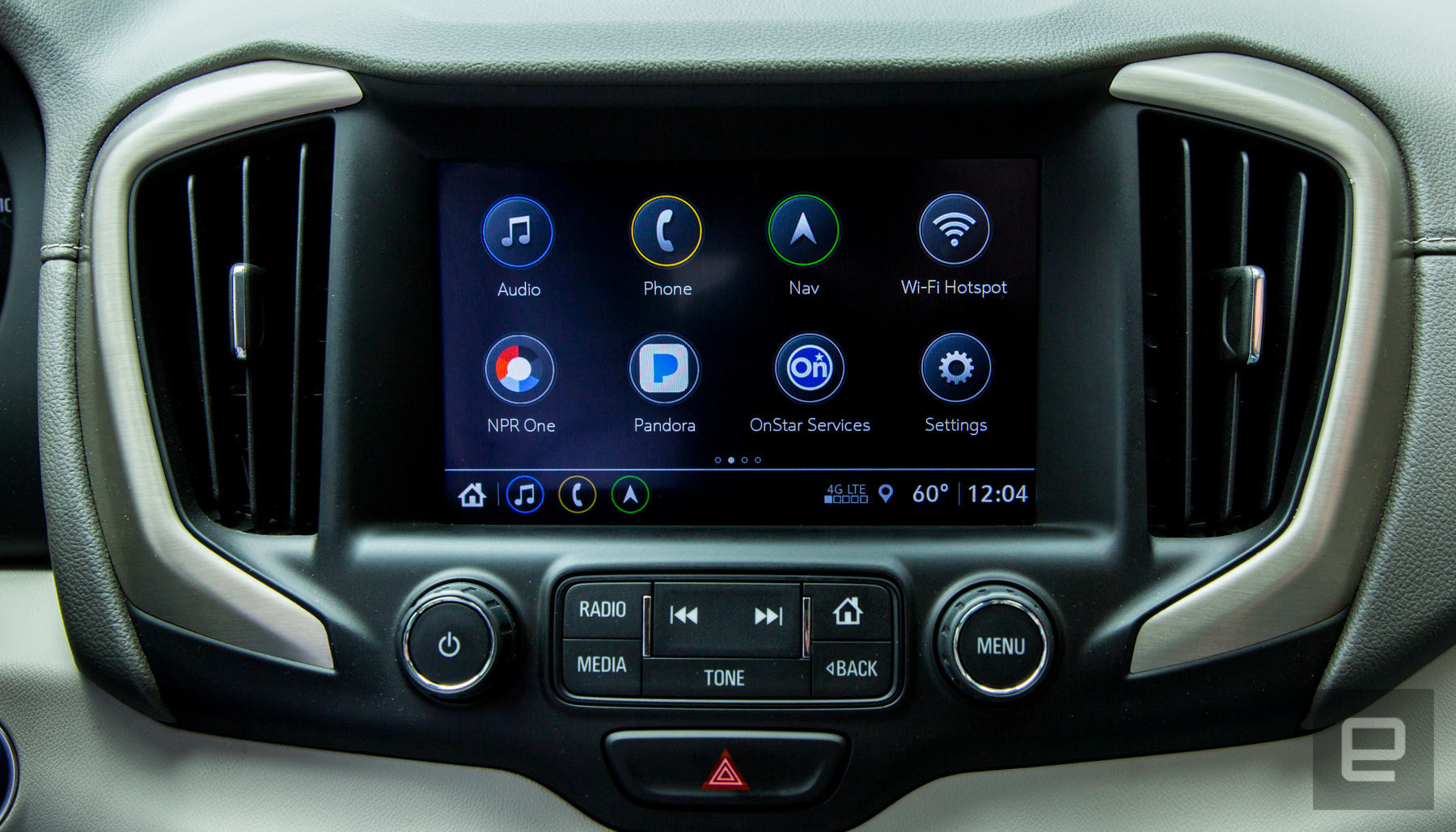 Many of us are using CarPlay and Android Auto to essentially replace the infotainment systems in our cars. Automakers like Audi, Mercedes and really anyone putting metal on four tires is taking notice of this trend and have started working hard to win those smartphone users back to their systems. The latest is GM which has taken quite a lot of cues from the tech world for its latest offering.

During a recent demo in the 2018 GMC Terrain (the first GM vehicle to get the new infotainment system) Jason Parks, GM's global infotainment product manager, showed off the company's latest in-dash system. The layout resembles a smartphone, in fact, Parks points that out. That's not new; automakers have been doing that for a while. What is new is how it behaves almost like the computer in your pocket.

Like your smartphone of choice, the updated GM system supports tap and hold to move icons around or even delete a selected app. Also like the iPhone or Android, certain apps (such as the phone app) can't be removed. It's a sign that the automakers like GM (and Volvo, which offers this type of feature in Sensus) understands that after about a decade of touchscreens, drivers are accustomed to certain features and what carmakers bring to their dash might as well mirror that. 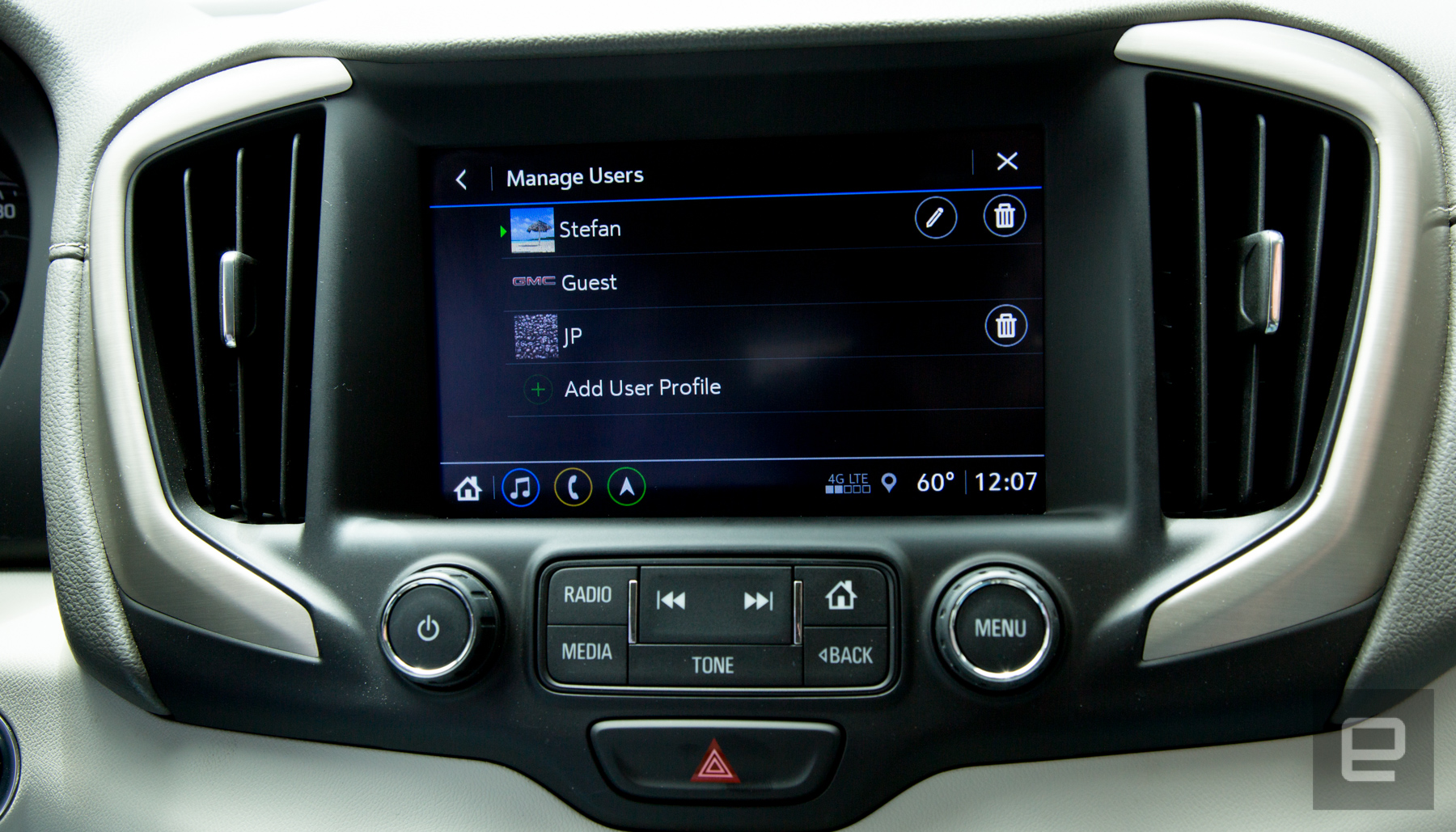 Another intriguing feature is cloud connectivity. In addition to offering over-air-updates to the system, drivers can create personal accounts that are tied to their key fobs, meaning when you get in the car, your settings are automatically enabled. This includes your seating preferences. Each car can handle up to five accounts at a time, so the entire family can have their own settings.

What's nice is that because those accounts are stored in the cloud, drivers that get into other GM vehicles with this infotainment system, log into their account and get all their settings in that vehicle too. If you travel often and use a lot of rental cars, this could be a huge benefit. Just remember to log out when you're done.

Part of the benefit of taking your account with you everywhere is GM's Marketplace, which allows you to order food, make a reservation at a restaurant (or hotel) and pay for gas all from the infotainment system. In the interest of safety (keeping your eyes on the road as much as possible instead of wading through a selection of food), you don't get the full menu of items from a place like Dunkin' Donuts or McDonald's -- instead, the apps will offer up recently placed and favorite orders. Payment information is saved in your account so you just cruise in, grab your grub and go. 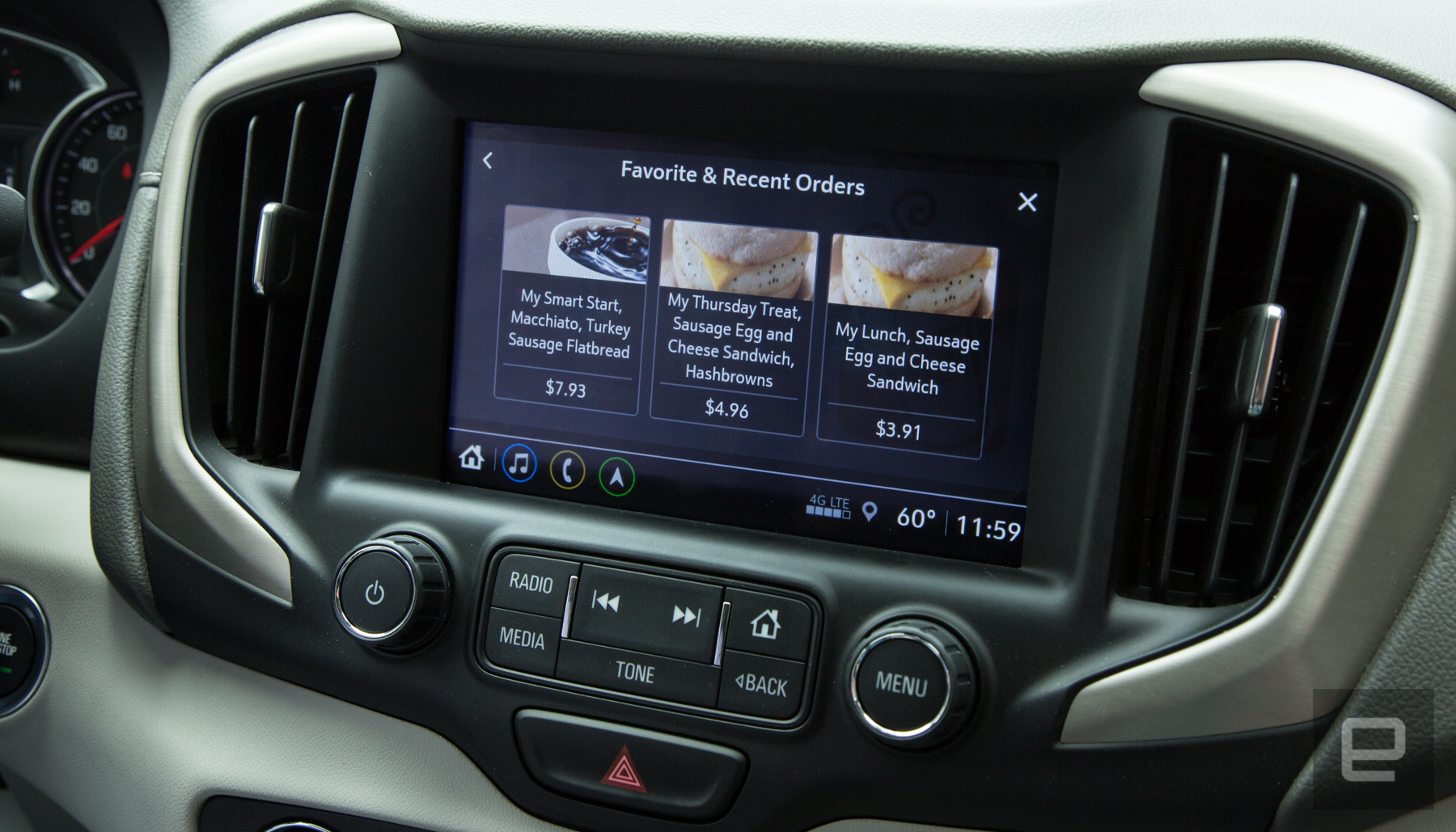 All of these features are GM's way of trying to get drivers back to looking at their screens instead of a tech company's offerings while driving. It's not alone: MBUX from Mercedes-Benz is built to replace the smartphone in your car. It's a smart move because more and more, infotainment systems are becoming a larger part of the car-buying decision process. If you don't get ahead of Apple and Google, you could get left behind and your cars are just conduits for the offerings of tech giants.

The system is available in the 2018 Terrain SUV and Cadillac ATS, XTS, and CTS but will be permeating the rest of the GM lineup in coming years. Oh, and it still supports CarPlay and Android Auto.

In this article: androidauto, business, carplay, design, gadgetry, gadgets, gear, GM, infotainment, personal computing, personalcomputing, services, transportation
All products recommended by Engadget are selected by our editorial team, independent of our parent company. Some of our stories include affiliate links. If you buy something through one of these links, we may earn an affiliate commission.