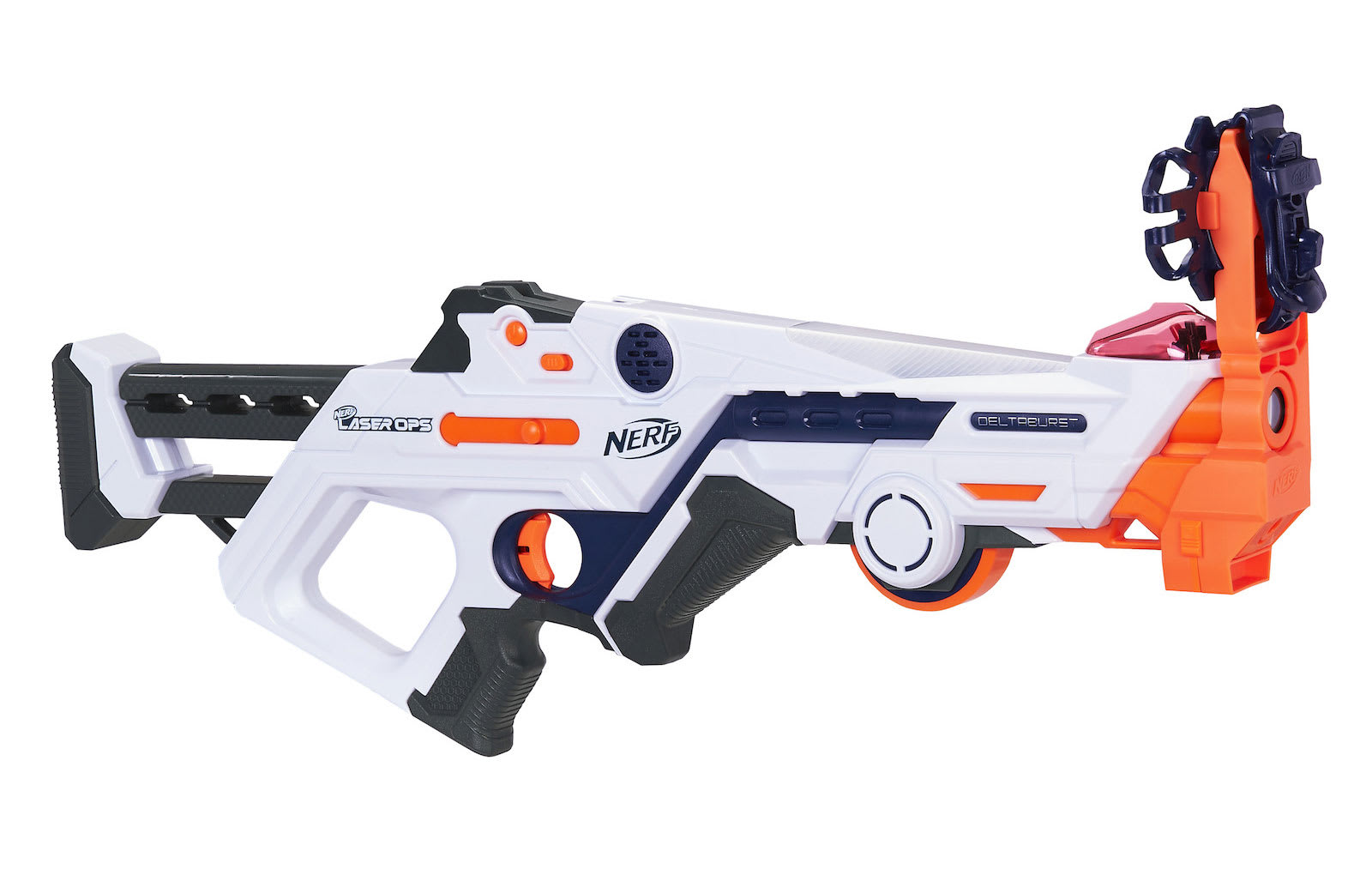 If the only thing missing from your summer is the ability to play laser tag at home without a vest, then Hasbro has got you covered. Today, the company announced its Nerf Laser Ops Pro blaster line, which shoot IR bursts and allow you to keep track of ammo, health and how your team is doing right from the device. Batteries are, of course, not included.

Each blaster comes with an armband that can hold a smartphone, which signals that this product isn't aimed at children. Using an app, players can customize their Nerf blaster, track performance, access real-time battle stats, get power-ups and locate opponents.

But there's more! If your friends are too busy to come over to play, the Alphapoint version of the blaster allows you to play in solo mode using the app. All you have to do is take advantage of the solo attachment, which comes with the Alphapoint blaster.

There will be two different types of blasters available. The Pro Deltaburst model fires a three-shot AR burst with an included LCD screen to keep track of how you're doing. It retails for $50. The Alphapoint Pro version is $30 for one or $45 for a two-pack of blasters. These don't have a fancy LCD screen, but will light up and play sounds when you've been hit; they also have status and ammo indicators on the blaster. The Laser Pro Ops blasters will be available starting in August 2018 at most major retailers and HasbroToyShop.com.

In this article: gadgetry, gadgets, gear, hasbro, lasertag, nerf, toy, toys
All products recommended by Engadget are selected by our editorial team, independent of our parent company. Some of our stories include affiliate links. If you buy something through one of these links, we may earn an affiliate commission.