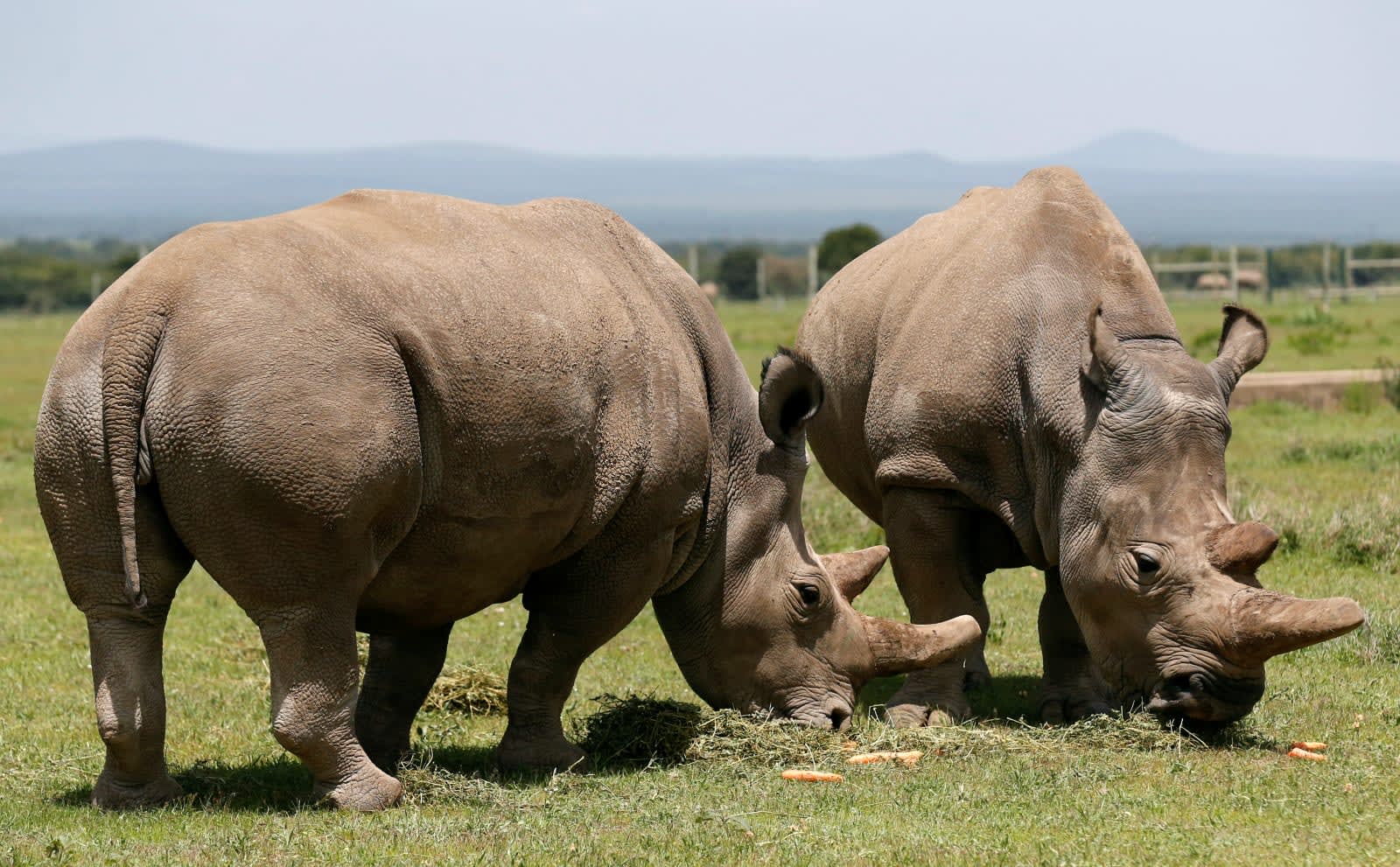 The northern white rhino faces a grim fate when its last surviving examples are two infertile females. A novel scientific technique might just spare the species from extinction, however. Researchers have successfully created the first lab-made rhino embryos in a bid to give the northern white a second chance. The group collected eggs from southern white rhinos using a new extraction device and fertilized them using the sperm from dead northern whites, crafting viable embryos with the right DNA to continue the species.

There's a lot of risk involved. The researchers will test their approach using southern rhinos as surrogates, but a complicated procedure (the females need to be anaesthetized for two hours) and a limited amount of northern sperm (just four dead males) doesn't give the scientists many chances. If they run out of supply or the northern rhinos meet an untimely end, there may be no going back. The limited genetic variety would also cause problems -- it could take a long, long time (if it can happen at all) before there would be enough diversity to ensure a flourishing population.

Still, there's plenty of hope. The research unit is hoping that stem cell technology can create more eggs and sperm from the skin cells of 12 northern whites, increasing the supply and genetic variety. They also don't think it will take too long to add to the species: they hope to witness the first northern white birth in three years, and that's accounting for the rhino's 16-month pregnancy period. If the scientists pull it off, they'll both rescue a seemingly doomed animal and provide a blueprint for protecting other animals teetering on the edge of oblivion.

Via: Phys.org
Source: Nature
In this article: biology, conservation, dna, embryo, gear, medicine, northernwhiterhino, rhino
All products recommended by Engadget are selected by our editorial team, independent of our parent company. Some of our stories include affiliate links. If you buy something through one of these links, we may earn an affiliate commission.