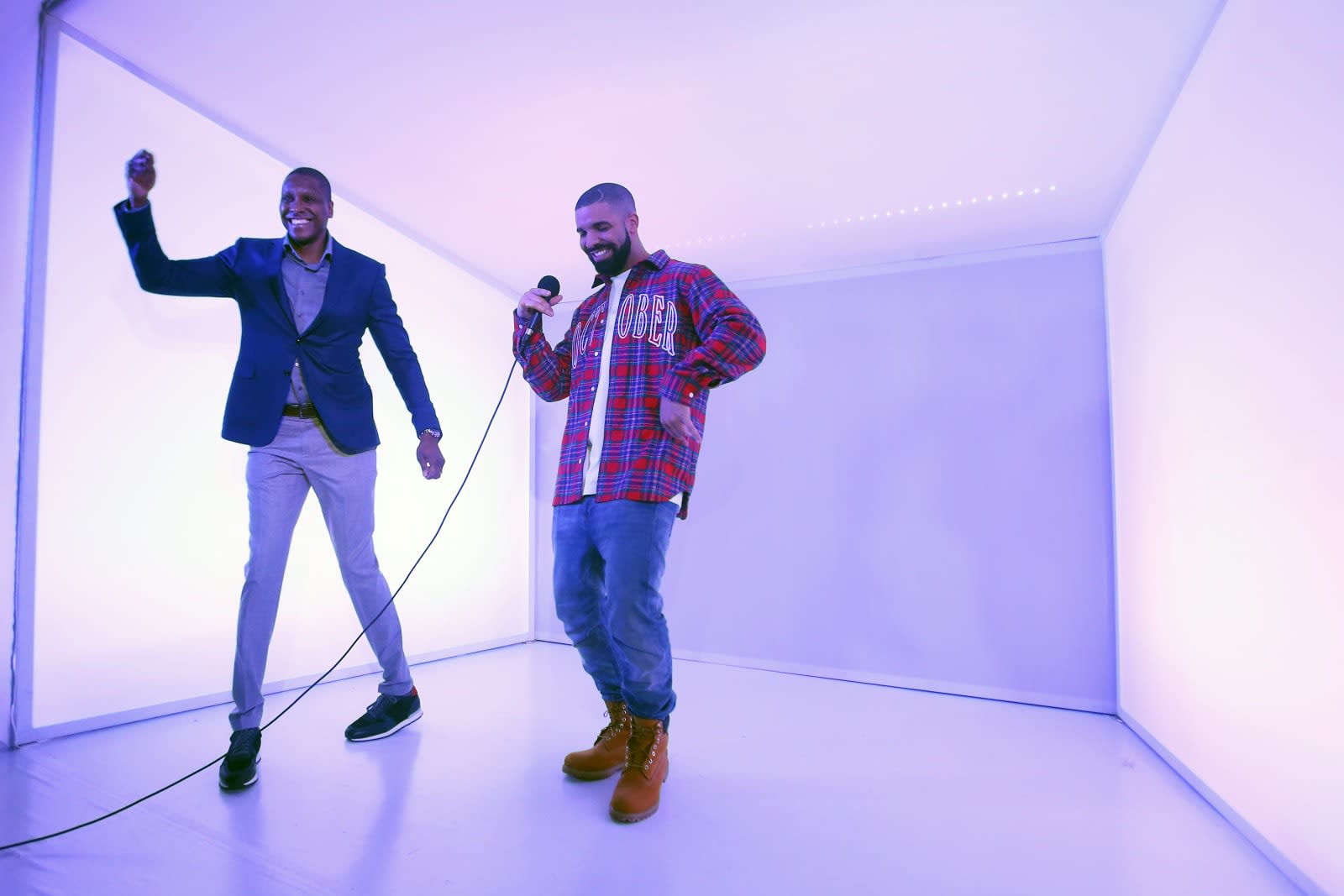 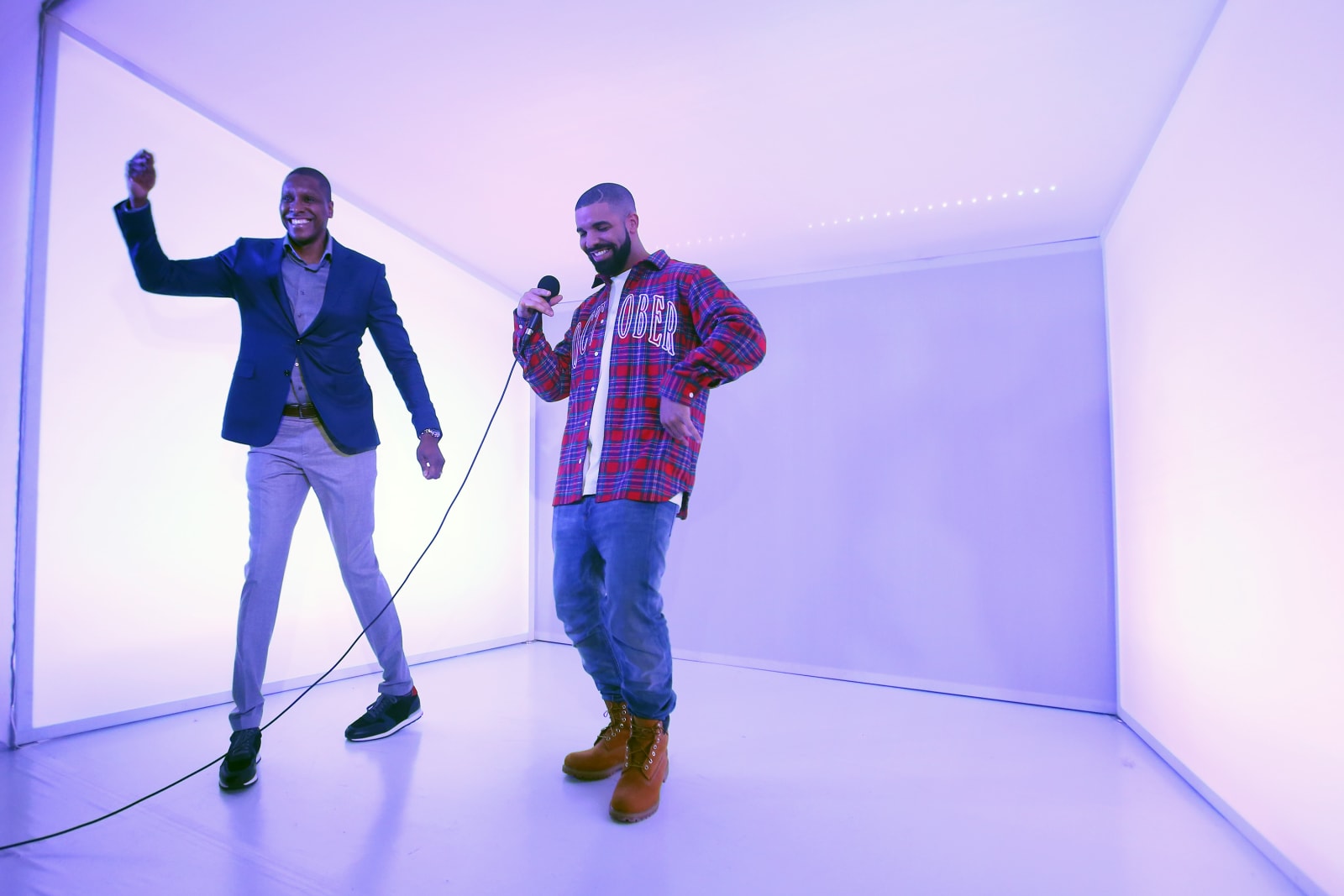 Drake has done it again. And no, we're not talking about him repeatedly smashing Apple Music and Spotify streaming records. We're talking about one of his tracks being turned into meme gold. This time it's the track "In My Feelings" from his new record, Scorpion. The internet has taken the lyrics and turned them into a dance that's about to conquer social media. What seems to resonate with his fans the most is the chorus, in which Drake asks, "Kiki, do you love me? Are you riding? Say you'll never ever leave from beside me. 'Cause I want ya and I need ya." Anyone who listens to Drake regularly knows he's always been an unapologetic emotional dude, and people love to turn his brooding and confessionals into viral fodder.

At this point, it's basically a guarantee that every time Drake puts out a song or album, there are going to be memes born from them. It happened with Hotline Bling in 2016, when his dance moves in a video for the song prompted a barrage of edited versions, including one where he was made to look as he was playing tennis on Wii Sports. His album Views came out that same year, which featured cover art that had Drake sitting atop Toronto's CN Tower, legs dangling off the edge. So what did people do? They started photoshopping the Drake in all sort of places -- from the Seinfeld diner, to the icon shot of the bike passing in front of the moon in E.T. and even Pharrell's dumb hat (a meme in and of itself).

"Someone Plays In my Feelings"

These Drake moments have become so popular that there are dedicated meme generators for Hotline Bling and Views. The internet takes its Drake memes very seriously. Just don't expect any of those for "In My Feelings" since, you know, it requires physical activity. The only way to be part of this zeitgeist is to film yourself listening to the track and doing the "Kiki" dance. But you better do it fast -- you don't want to be that guy breaking out six-month-old references at the party. (Oh, and in case you're wondering, "Kiki" is allegedly one of Drake's girlfriends from his teenage years. Deep cuts, Drizzy.)

Dancing memes aren't exclusive to Drake, of course. Who can forget the ridiculous "Harlem Shake" and "Running Man" videos that took over social media years ago? Or what about that funky "Floss" dance that's now even a part of Fortnite.

.@Drake Views From The Sein pic.twitter.com/IjllIc2K73

Naturally, not everyone is a Drake fan, so some of you are probably going to get annoyed when you start seeing these "In My Feelings" videos all over Twitter, Instagram and Facebook. That's the nature of the beast. Just ask Spotify, which knows all about Drake overload after it placed him prominently on its playlists, and suffered a backlash. Some users went as far as to demand refunds from the music-streaming service, claiming that the Drake "take-over" was an advertisement in disguise.

There are no refunds on memes, though. The best thing you can do is try to avoid them until their viral fuel runs out. And that will happen ... eventually. But be warned: It's only a matter of time until the next Drake meme takes over the internet.

In this article: aubreygraham, av, drake, drizzy, entertainment, gear, hotlinebling, internet, meme, memes, opinion, scorpion, social, socialmedia, spotify, TL18MEME, views, viral
All products recommended by Engadget are selected by our editorial team, independent of our parent company. Some of our stories include affiliate links. If you buy something through one of these links, we may earn an affiliate commission.