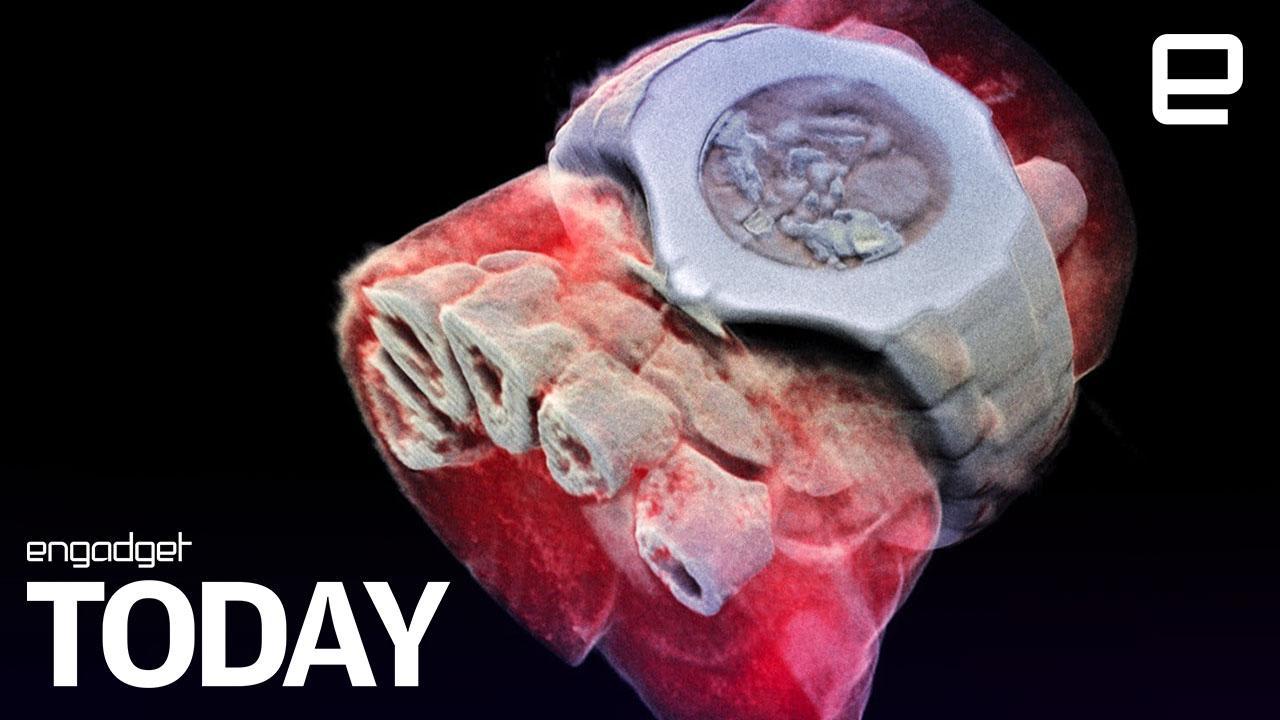 A New Zealand company has generated the first 3D color X-Ray images of the human body by using an advanced medical scanner. The scanner utilizes CERN's Medipix3 technology and has been in development for a decade. It's able to produce high resolution images thanks to particle tracking technology.

Medipix chips work like a camera -- they identify individual sub-atomic particles that make contact with pixels while the electronic shutter is open. According to Professor Phil Butler, one of two MARS Bioimaging Ltd scientists who built the scanner, the Medipix3 chip is what could give them an advantage in medical diagnosis: "Its small pixels and accurate energy resolution mean that this new imaging tool is able to get images that no other imaging tool can achieve".

By combining the chip's spectroscopic information with algorithms, the MARS scientists were able to create 3D color images that can distinguish clearly between fat, water and disease markers. A smaller version of the 3D scanner that's been used for studying cancer and vascular diseases is already yielding promising results, and thanks to the licensing agreement between CERN and MARS, the technology will be commercialized.

The scanner will be used in world first clinical trials involving Rheumatology and orthopedic patients in forthcoming months.

Via: Phys.org
Source: CERN
In this article: 3dxray, cern, colorxray, medicine, tomorrow, xray
All products recommended by Engadget are selected by our editorial team, independent of our parent company. Some of our stories include affiliate links. If you buy something through one of these links, we may earn an affiliate commission.