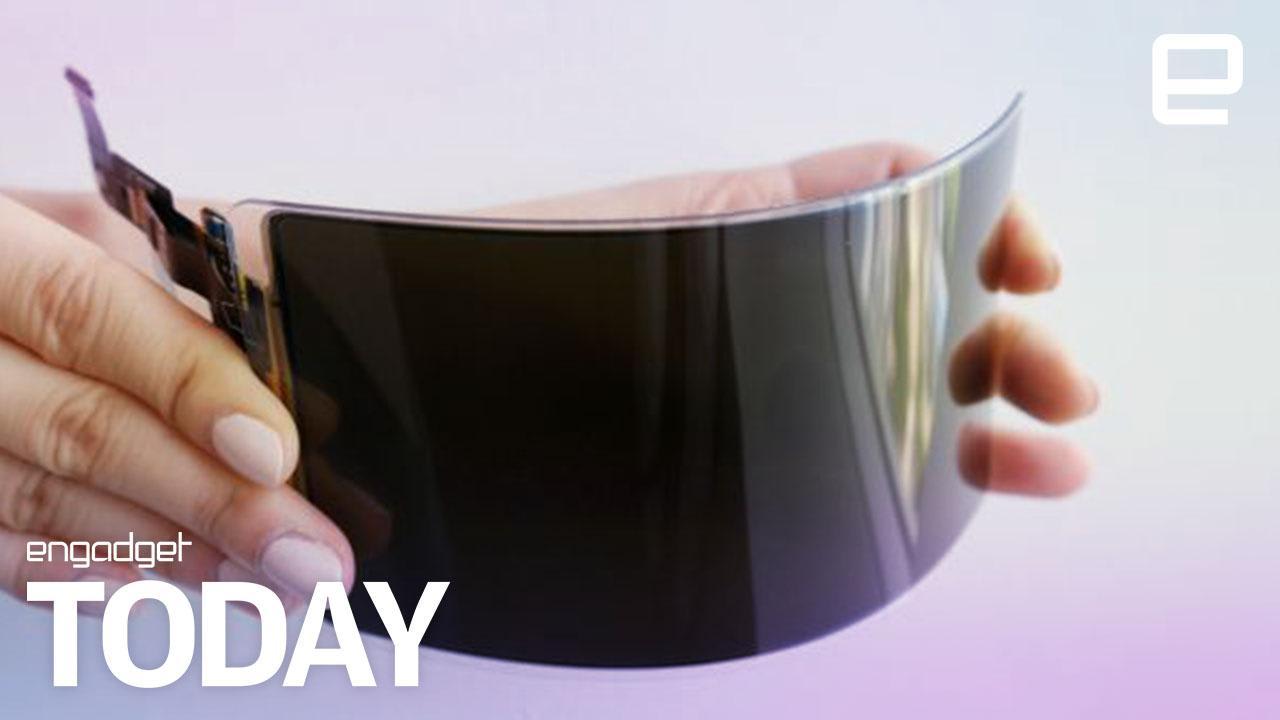 Phone makers have promised unbreakable phone screens for years, but they tend to involve awkward compromises like soft, scratchable surfaces. Samsung Display might just fulfill that promise, though. Underwriters Laboratories certified an "unbreakable" Samsung panel (not yet pictured) as capable of surviving military-grade durability tests without damage. This included dropping it 26 times from a height of four feet and subjecting it to extreme temperatures. It even survived a drop test at 6 feet without any battle scars.

Update: Samsung Display posted a video of its new screen, showing how its lightweight plastic cover compares to traditional glass. In the video it survives several strikes from a hammer with no damage to show for it.

The key to its endurance is a flexible design with an unbreakable substrate and an overlay window that adheres "securely" to the panel. There have been flexible displays on the market for years (the Apple Watch uses one, for example), but they tend to use glass covers that partly defeat the point -- what good is an intact display if there's cracked glass on top? Theoretically, this could lead to truly shatter-resistant phones.

And then there's the matter of when Samsung or its display customers will actually use the technology. Samsung will offer its panel for use in devices like phones, cars, game consoles, tablets and "mobile military devices," but that's contingent on both Samsung itself and partners lining up. Don't bet on the Galaxy Note 9 definitely having an extra-tough screen, then. This may be a long-term play rather than a hint at Samsung's near future.

Source: Samsung Newsroom, Samsung Display (YouTube)
In this article: AOLoriginals, DailyShow, display, Engadget, EngadgetToday, EngadgetVideo, entertainment, flexible, flexibledisplay, flexibleoled, gadgetry, gadgets, gear, mobile, oled, plastic, poled, samsung, samsungdisplay, screen, smartphone, ul, Unbreakable, unbreakabledisplay, UnderwritersLaboratories, video
All products recommended by Engadget are selected by our editorial team, independent of our parent company. Some of our stories include affiliate links. If you buy something through one of these links, we may earn an affiliate commission.