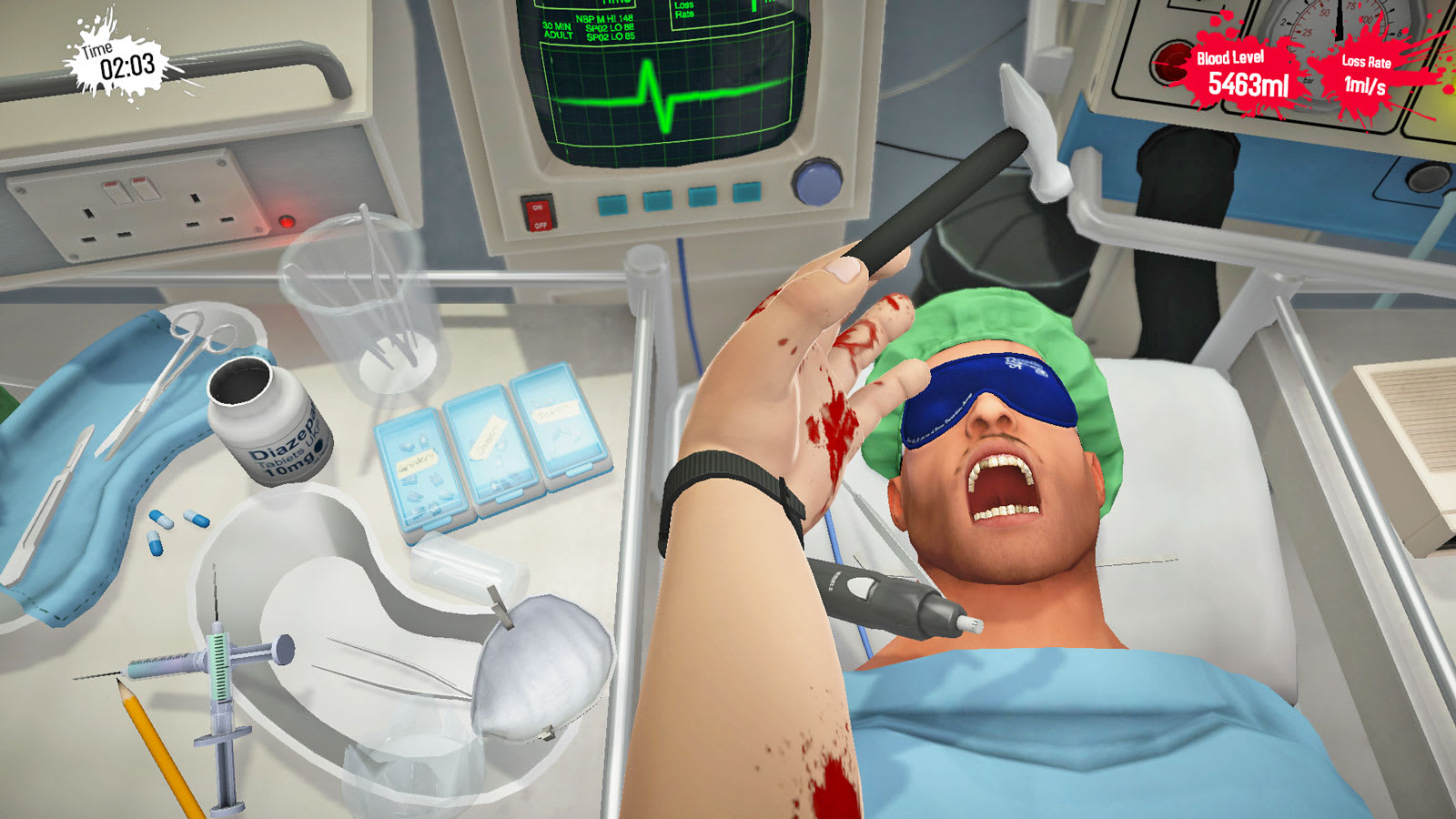 Surgeon Simulator. It's got a serious name but it's a pretty silly game, and now it's coming to a new platform designed to maximise the gory, comic fun. According to Boss Studios, it'll arrive on Nintendo Switch this fall. Redubbed as Surgeon Simulator CPR (the "CPR" stands for co-op play ready), the version comes with co-op play and Joy-Con motion controls, and was hinted at earlier this month when the company posted a teaser trailer of the game's famously clumsy hand mashing at a light control.

Since its launch on PC in 2013, the game's come to PlayStation 4, Xbox One, Android and iOS, selling more than two million copies. Expansion to Switch makes sense – not only will the console design enhance the overall playing experience, but Switch is big on off-beat indie games, which Bossa Studios is known for. Back in 2015, for example, it launched I Am Bread, where you play as -- you guessed it -- a slice of bread.

Via: Venture Beat
In this article: av, BossaStudios, CoOp, gaming, nintendo, NintendoSwitch, personal computing, personalcomputing, SurgeonSimulator
All products recommended by Engadget are selected by our editorial team, independent of our parent company. Some of our stories include affiliate links. If you buy something through one of these links, we may earn an affiliate commission.