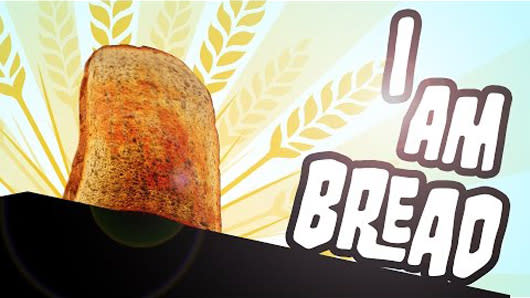 The warped minds behind Surgeon Simulator 2013 explore another unexpected branch in the simulation genre with I Am Bread, a game in which players assume the role of... an ambulatory slice of bread.

In Bossa Studios' I Am Bread players use the bumpers, triggers, and face buttons on an Xbox 360 controller to guide the glutenous star on its quest to be toasted and served at breakfast. The game's mundane premise and setting really help sell it as a work of pure ridiculousness, and the bread can wind up in all sorts of misadventures on its way to the dining room table. "How did it get up on the ceiling fan?!" is something you may find yourself thinking while watching the above trailer, followed soon after by "Oh, no not the toilet, ewwwwwww gross."

A release date for I Am Bread was not announced, and target platforms (including toasters) are not yet known.

[Video: Bossa Studios]
In this article: bossa-studios, i-am-bread, pc, simulation
All products recommended by Engadget are selected by our editorial team, independent of our parent company. Some of our stories include affiliate links. If you buy something through one of these links, we may earn an affiliate commission.