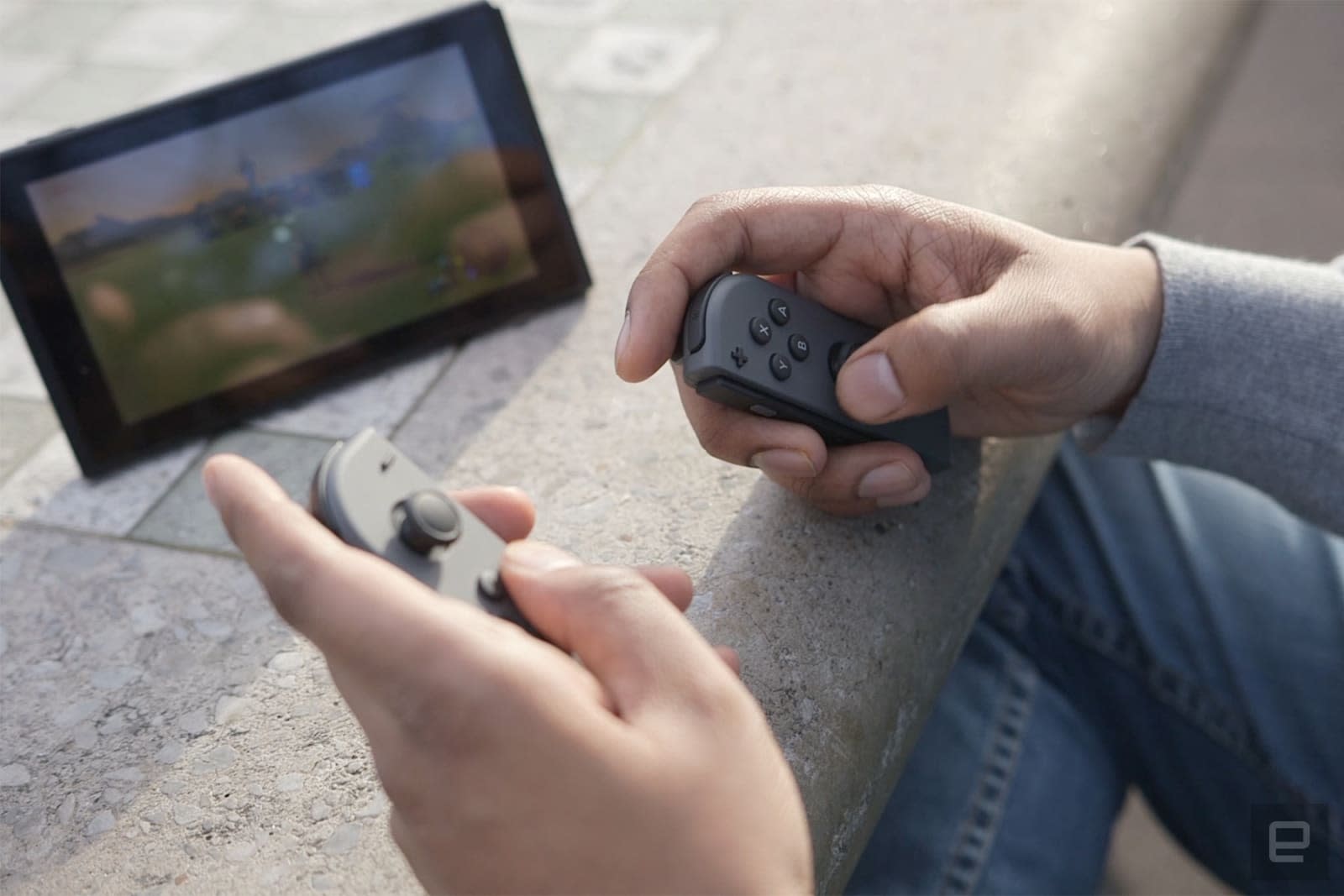 The last time Nintendo opened its books, we learned that the Switch had already sold more in nine months than the Wii U had in its entire lifetime. But it's only natural that after a spike in interest over the holiday period, things would start to slow down. And that's exactly what we're seeing today in Nintendo's latest earnings, marking the end of its financial year. Over the past three months, Nintendo has shifted 2.93 million Switch consoles. That's nowhere near the 7.23 million figure for the three months prior, but it still pushes total sales up to a tasty 17.79 million.

An update on the Switch's biggest games shows nothing out of the ordinary. Software sales have slowed in general, of course, but Super Mario Odyssey has now crossed the 10 million mark, and Mario Kart 8 Deluxe had a particularly good three months with nearly 2 million more people taking the Rainbow Road. The Legend of Zelda: Breath of the Wild and Splatoon 2 haven't fallen out of grace either, selling roughly 1.5 and 1 million units over the same period, respectively.

Since Nintendo's wacky Labo cardboard peripherals for the Switch have just gone on sale, we've no idea yet whether they're proving successful, and there's nothing much to talk about on the mobile front. Mario Kart Tour is the next big title destined for phones, and that's unlikely to be out before next year. The 3DS is a little long in the tooth these days, but just over half a million of the handhelds were sold in the last three months, taking the total for the financial year to 6.40 million units. Meanwhile, the SNES Classic Edition unsurprisingly "proved to be a hit in every region," with sales of the retro console totaling 5.28 million for the last 12 months.

While momentum may have slowed over the past three months, there's no doubt the Switch is Nintendo's new golden goose. This financial year, the company took home 177,557 million yen in profit, which works out to over $1.6 billion. To put that into perspective, in the last financial year (pre-Switch), Nintendo recorded a mere 29,362 million yen in profit (just shy of $270 million). In addition to publishing its latest earnings today, Nintendo also announced that current President Tatsumi Kimishima, who took over from the late Satoru Iwata in 2015, will be stepping down. He will be replaced by Shuntaro Furukawa, who's held various executive positions during his career with Nintendo, which started in 1994.

It's not a bad time to be in charge, and Nintendo is confident about the year ahead. There are already a bunch of high-profile game launches in the calendar, including the Mega Man Legacy Collection next month, Mario Tennis Aces in June, Captain Toad: Treasure Tracker in July, and another installment of Super Smash Bros. sometime later this year. And I haven't even mentioned all the indie titles also in the pipeline. Nintendo will start charging for the Switch's online features starting in September, too, creating another new revenue stream.

The only problem Nintendo might have to deal with in the foreseeable future is hackers figuring out how to get pirated games running on the Switch, which is beginning to look increasingly possible -- and we all know what that did to the Dreamcast and Sega. Anyway, game of Night Trap anyone?

In this article: av, financials, gaming, gear, labo, nintendo, nintendo3ds, nintendolabo, nintendoswitch, SNESClassic, SuperMarioOdyssey, switch, wiiu, hidden:vv_3x4:f6941a7b-fd6e-3fd3-943b-c4ecd5472fc4, hidden:vv_09x16:997fdcdc-a7e9-3ebd-9afb-2e231457ddb3, hidden:vv_16x09:9af9fc38-76cb-3896-a9a2-d7ec4aca968c
All products recommended by Engadget are selected by our editorial team, independent of our parent company. Some of our stories include affiliate links. If you buy something through one of these links, we may earn an affiliate commission.