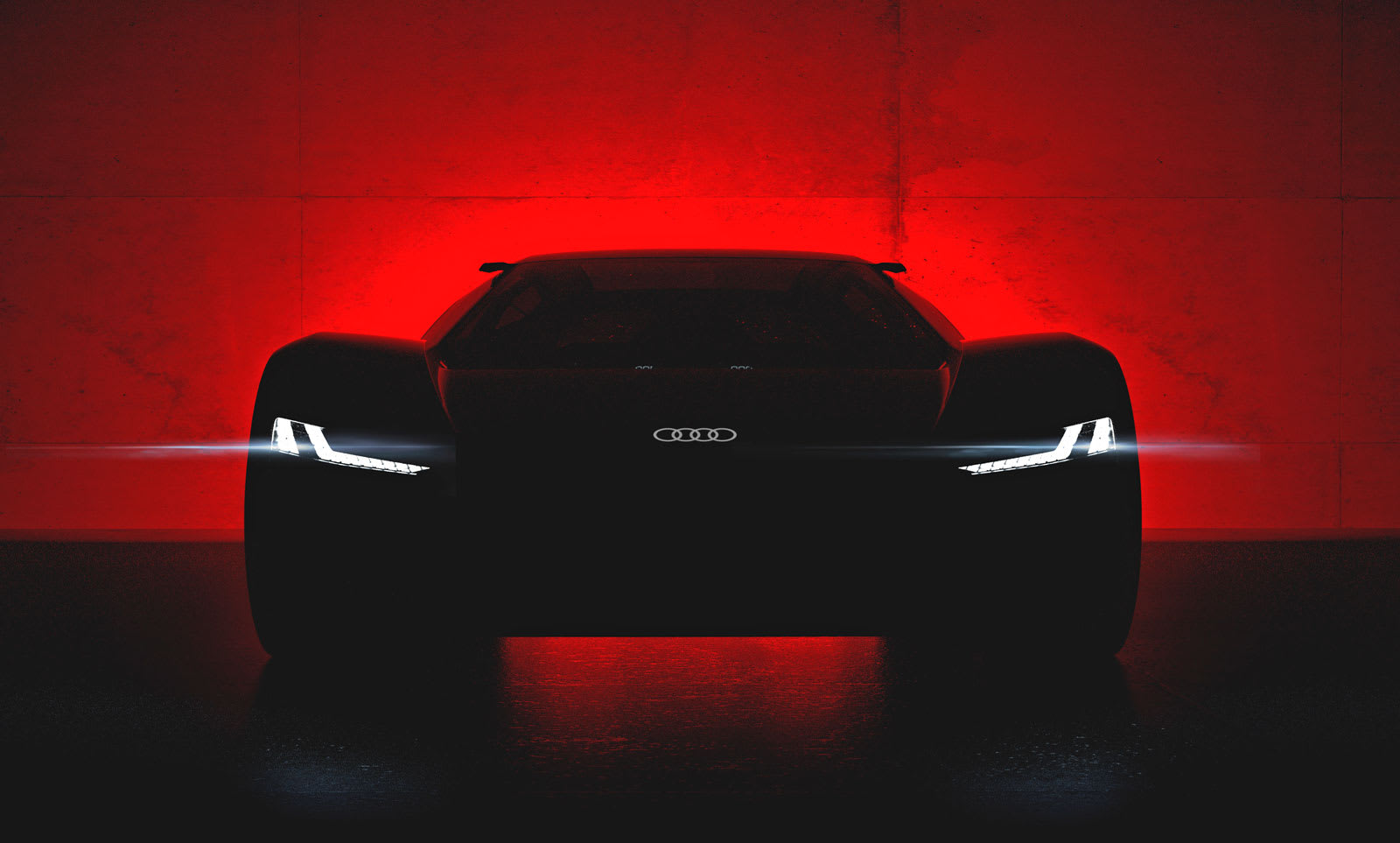 Audi's first all-electric car, the 2019 e-tron, hasn't even made its global debut yet, but the car manufacturer is already teasing its next venture. The PB 18 e-tron, billed as an "electric-drive supercar concept", will be unveiled next month during the Pebble Beach Concours d'Elegance.

According to Audi, the new car features tech developed from the Le Mans-series winner R18 e-tron. As the above teaser pic shows, the PB 18 is squat, boasts bulging wheels, a raised spoiler and slim headlights -- all the visual markings of a supercar, but we'll have to wait until its debut on August 23rd to find out what's underneath the hood.

Via: Autoblog
In this article: Audi, electric, etron, gear, green, LeMans, PB18, PebbleBeach, sportscar, supercar, teaser, tomorrow, transportation
All products recommended by Engadget are selected by our editorial team, independent of our parent company. Some of our stories include affiliate links. If you buy something through one of these links, we may earn an affiliate commission.