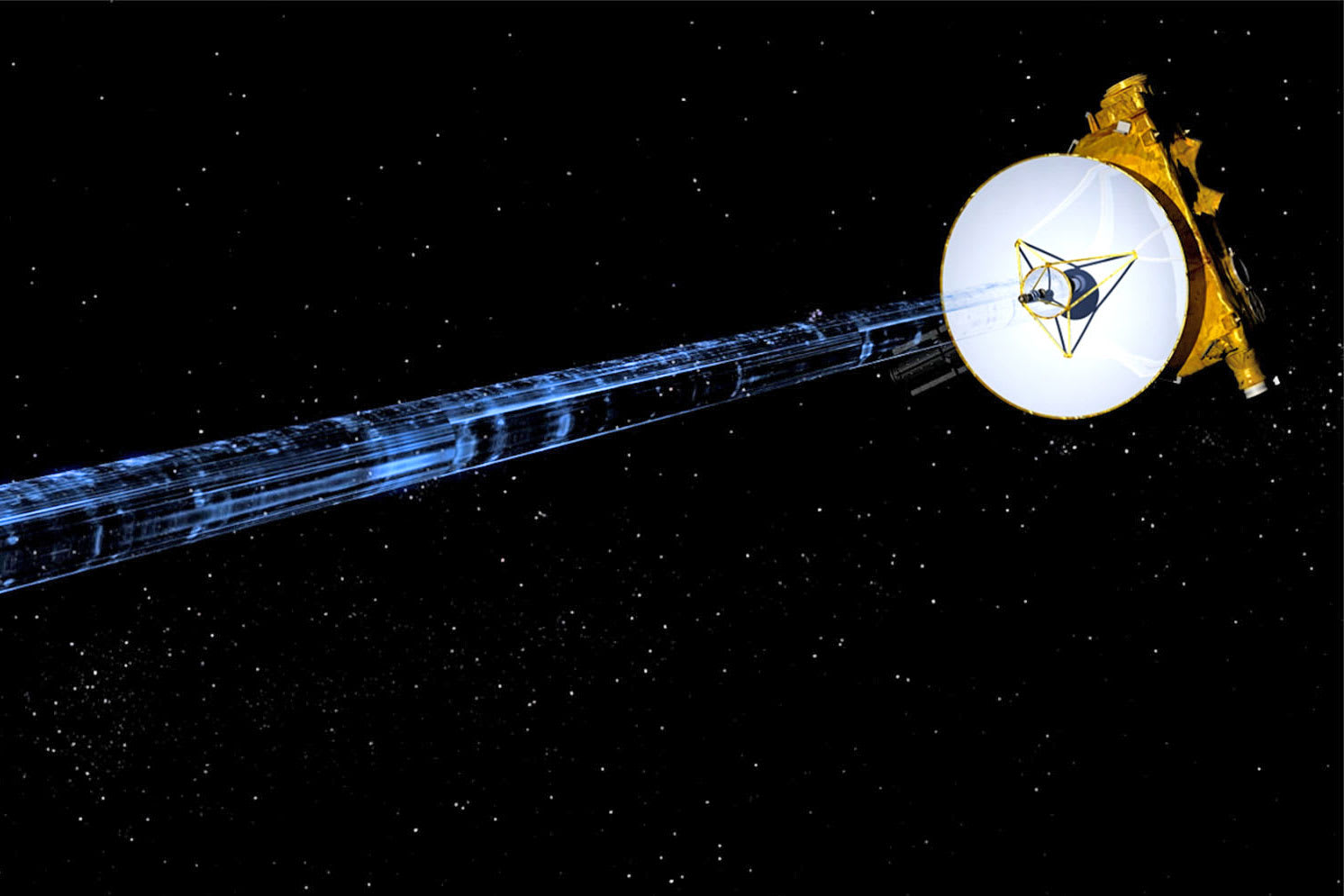 Scientists have learned a bit about the edge of the Solar System from Voyager 1, but there hasn't been a lot of corroborating data without follow-up spacecraft. They appear to be getting a second chance, though. NASA's New Horizons spacecraft has detected what appears to be a "wall" at the edge of the Solar System where interstellar hydrogen gathers as it collides with the solar wind -- in other words, the very edge of the Sun's influence. Researchers found it by capturing a 360-degree snapshot of ultraviolet emissions around the probe, revealing an unusual brightness (potentially bunched-up hydrogen) similar to a signal the Voyager mission detected 30 years ago.

There's no guarantee that it represents a hydrogen wall, but the consistency is difficult to ignore. You might get proof in time, too. The team plans to keep observing the unusual signal roughly twice a year for as long as the New Horizons mission continues, and researcher Randy Gladstone told Gizmodo that there's a chance the probe could image the wall in time.

Don't expect to learn more in the immediate future. Although New Horizons is a relatively fast spacecraft, it will still take about three more decades to reach Voyager 1's position at the very cusp of interstellar space. And if NASA decides against continuing the program, this signal may be about as good as it gets.

Via: Gizmodo
Source: Wiley Online Library
In this article: gear, heliopause, heliosphere, hydrogen, nasa, newhorizons, probe, solarsystem, space, spacecraft
All products recommended by Engadget are selected by our editorial team, independent of our parent company. Some of our stories include affiliate links. If you buy something through one of these links, we may earn an affiliate commission.