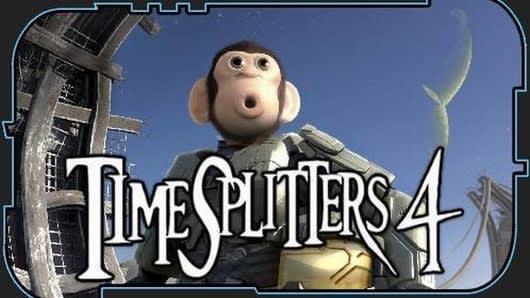 British console game TimeSplitters saw massive popularity in the 2000s. Its humor, artistic style and cheeky pop culture references earned the three-game series a passionate fan base, but despite its success, the title subsequently lay dormant. Until now. Maybe. The series has been bought by Koch Media -- which has built an entire business out of buying and reviving old franchises like this -- and it sounds like they're planning to do something with it.

Koch Media's CEO Klemens Kundratitz said in a statement: "We are hugely excited to have acquired TimeSplitters. The original games gave fans a massive content offer and provided a pure and genuinely fun arcade shooter experience. We have many fans of the TimeSplitters series among our own staff who are passionate about creating a product that will thrill todays gaming audience."

Does this mean a TimeSplitters 4 is in the works? Quite possibly. A fourth game was in the pipeline back in the 2000s, but things went awry when the original studio, Free Radical Design, fell into administration. A lot of the game had already been built, and since Koch Media now owns all the intellectual property associated with the franchise, there's every chance they'll pick up where they left off. Of course, they'll have to give it a bit of a makeover to bring it up to speed with the gameplay of nearly two decades later. What that will look like will, Koch says, be revealed in due course.

Source: THQ Nordic AB
In this article: arcade, av, FreeRadicalDesign, gaming, KochMedia, revival, shooter, Timesplitters
All products recommended by Engadget are selected by our editorial team, independent of our parent company. Some of our stories include affiliate links. If you buy something through one of these links, we may earn an affiliate commission.