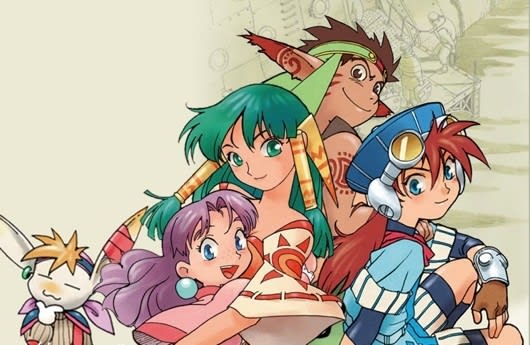 Two classic JRPGs are coming to the Nintendo Switch: Grandia, which first came out on the Sega Saturn in 1997 before a wider release on the original PlayStation, and its sequel Grandia II, which debuted on the Sega Dreamcast in 2000. Japanese publisher GungHo is bringing remastered versions of both to the hybrid console sometime this winter.

Grandia I and Grandia II HD Remaster are both heading to #NintendoSwitch.
For PC fans, Grandia I HD Remaster will be joining our existing library of #Steam releases. Stay tuned for more details and check out the original announcement @IGN https://t.co/DRef6CYdts

The original Grandia was known for its gorgeous sprite graphics, sprawling story, epic soundtrack and invigorating battle system. Grandia II keeps the combat mechanics while moving into a completely new world fully animated in 3D. Both will be remastered for their Switch releases, while the first game will also be added on Steam for PC players (GungHo previously released Grandia II on the online marketplace).

Source: IGN
In this article: av, gaming, Grandia, GungHo, nintendo, nintendoswitch, switch
All products recommended by Engadget are selected by our editorial team, independent of our parent company. Some of our stories include affiliate links. If you buy something through one of these links, we may earn an affiliate commission.