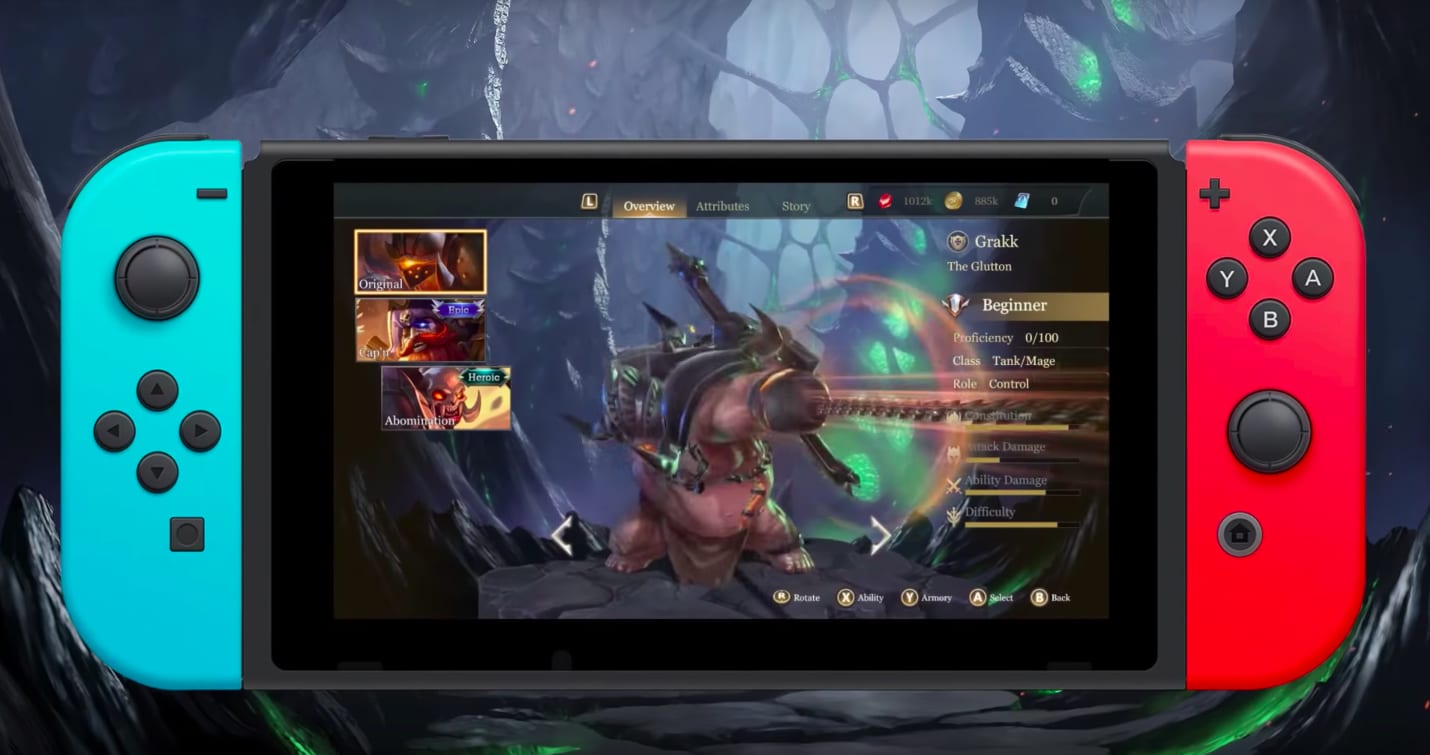 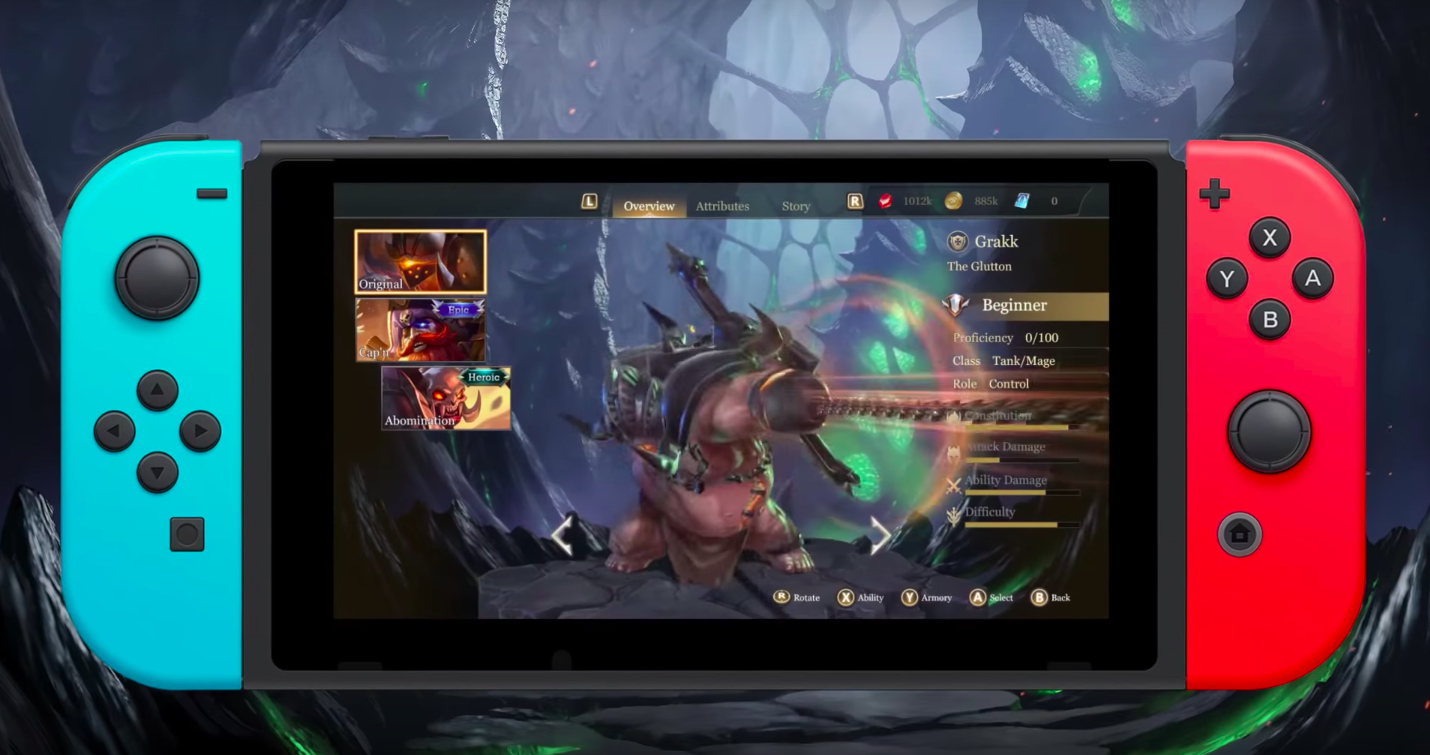 One reason it's been able to amass such a large following is its delivery method: Arena of Valor -- known as Honor of Kings in China -- is a mobile game, playable on the most prevalent handheld devices the world over. Developer Tencent is looking to expand that market even further in September with the launch of Arena of Valor on the Switch, Nintendo's portable living room console.

However, the Arena of Valor that lands on Switch will be a separate version of the game entirely. Developers are taking advantage of the Switch's processing power, and they've upgraded the graphics and animations in the new version, touching up lighting effects, smoothing out rough lines and adding elements like fluttering butterflies to the maps. More importantly, the heroes on Switch have slightly different stats than the mobile version, as developers have worked to balance the game as it plays out on the big screen and with actual controllers.

This all means Switch players will not be able to battle their friends on mobile devices; they're playing two different versions of the same game. Tencent has created a clear division between the Switch and mobile editions -- it's even established discrete development teams for each one, developers told Engadget.

Tencent is the massive Chinese conglomerate that owns League of Legends studio Riot and historically has a larger global market share than Facebook. Tencent has money to burn and video games -- notably, esports -- are just one potential area of investment.

The Switch version of Arena of Valor is facing an open runway. Though the mobile edition is already an established esports title, the Switch version could become a professionally competitive game if its ranked scene takes off, developers said. Basically, they're open to all possibilities.

If Arena of Valor is going to take the Switch esports scene by storm, it would benefit from a built-in chat service, enabling teammates to strategize in real-time. Tencent is working on this feature, according to developers, though it's focused on polishing the core game for launch at the moment.

In this article: arenaofvalor, av, esports, gamescom2018, gaming, nintendo, personal computing, personalcomputing, tencent
All products recommended by Engadget are selected by our editorial team, independent of our parent company. Some of our stories include affiliate links. If you buy something through one of these links, we may earn an affiliate commission.