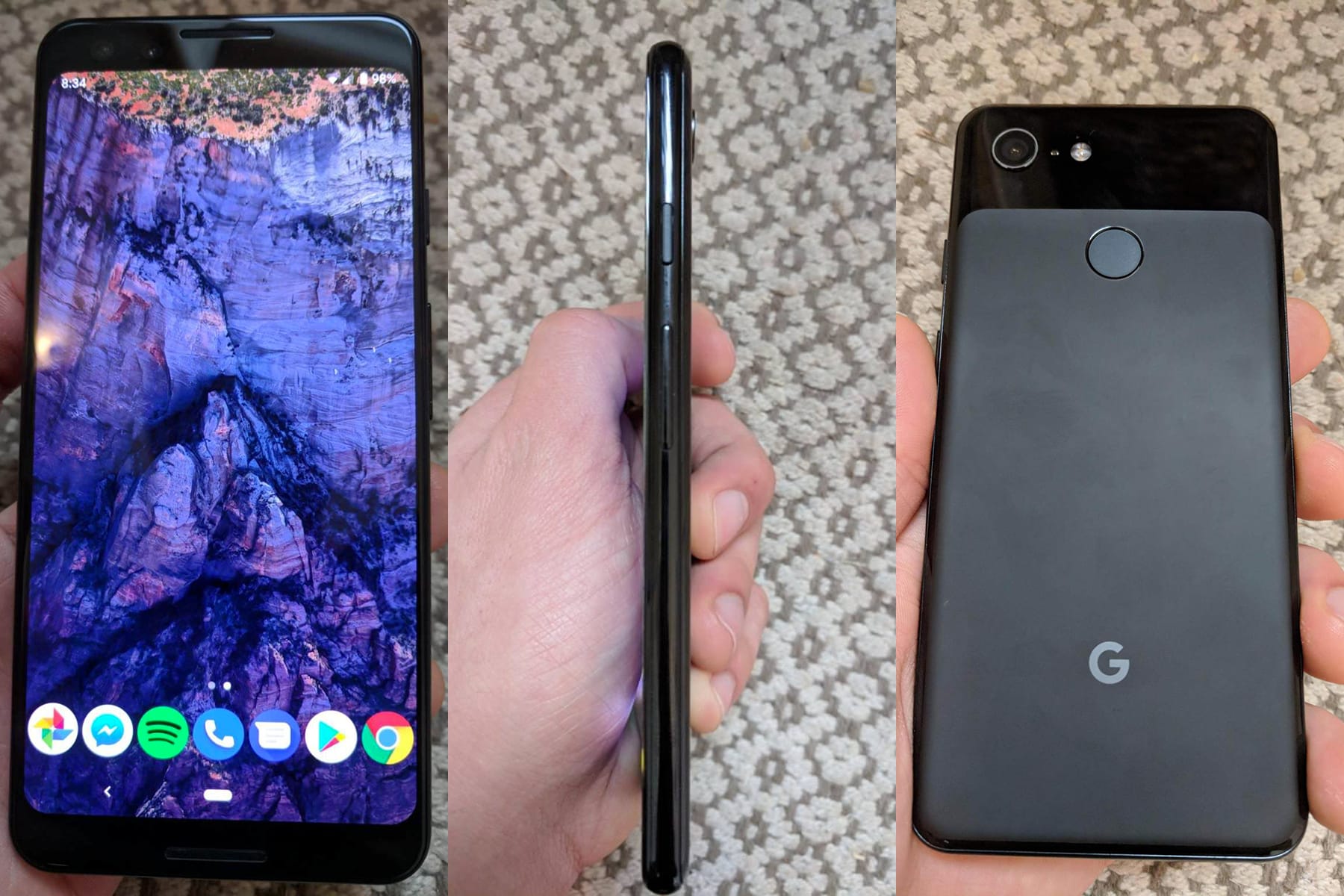 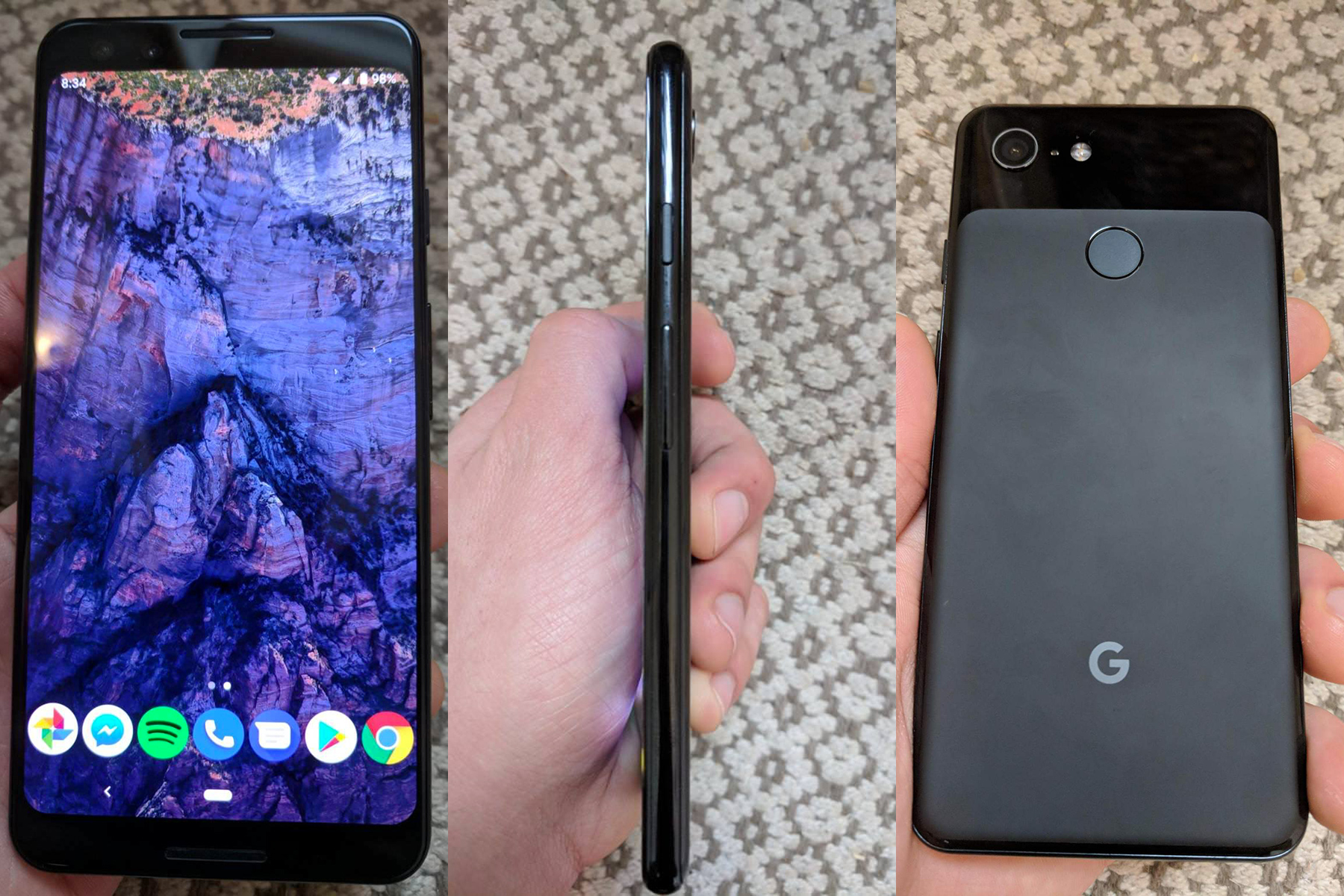 If the idea of a notch-riddled Pixel 3 XL has you down, rejoice: the smaller Pixel 3 is basically a shrunken down Pixel 2XL. That's if you believe the latest crop of leaked images, anyway. Yesterday, an anonymous Redditor posted a bunch of seemingly legitimate photos that show off the device from every angle. They line up with previous leaks, and are likely authentic. The images reveal a 5.5-inch display with a 2160x1080 resolution and a 2:1 aspect ratio. There are small screen bezels on the top and bottom, and Google's iconic matte and shiny dual-finish on the back.

Alongside the photos, the Redditor posted a spec breakdown using Inware, an app developed by 9to5Google contributor Dylan "EvoWizz." It listed a 2,915mAh battery and two 8-megapixel front-facing cameras -- one of which can possibly switch between f/1.8 and f/2.2 apertures. Previous leaks have suggested the Pixel 3 XL will come with a Qualcomm Snapdragon 845 processor and 4GB of RAM. None of this is confirmed, of course, but the leaks are starting to line up nicely. According to Bloomberg, we'll get the full story during a Google launch event on October 9th, in New York City. 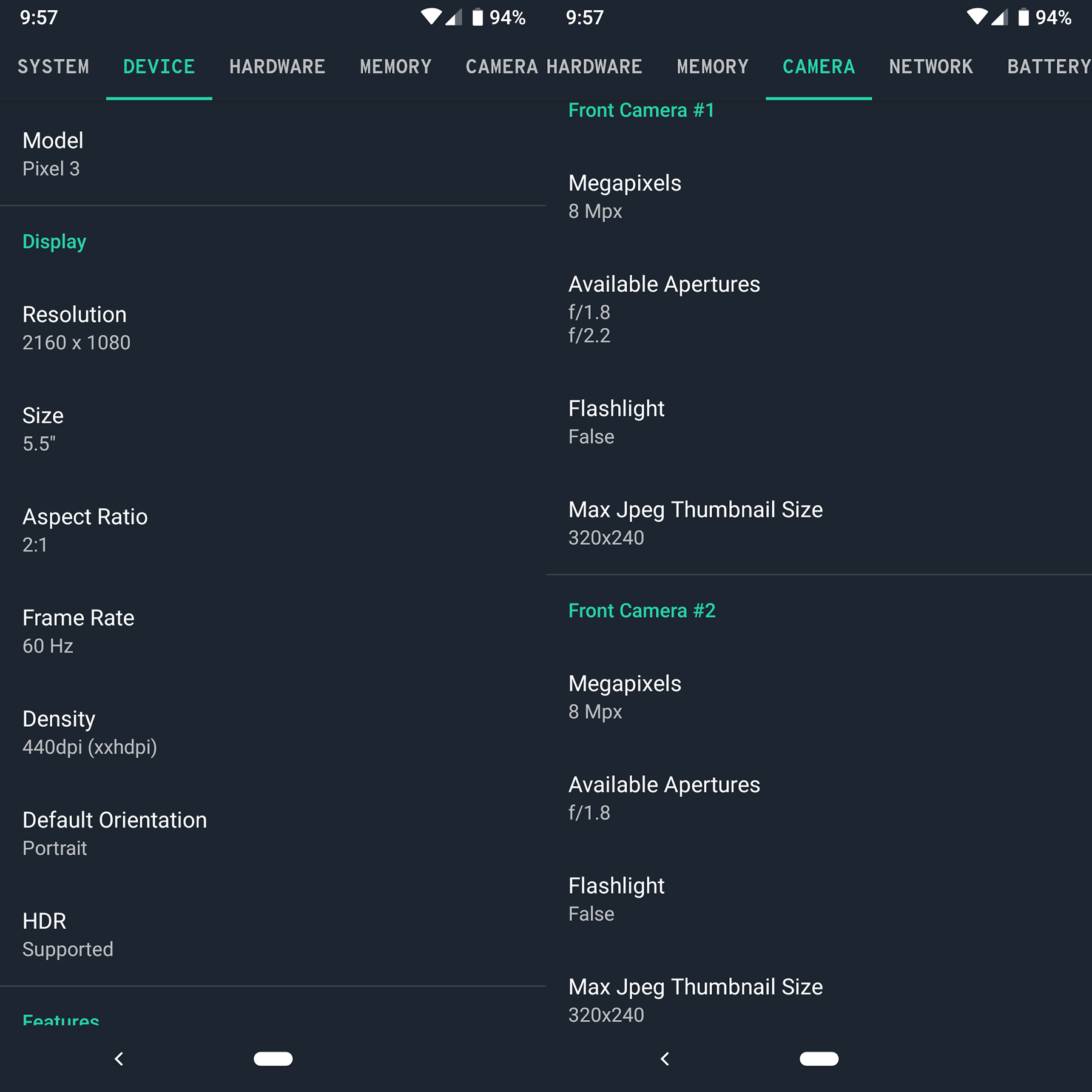 Via: 9to5Google
Source: Reddit
In this article: gear, google, leak, mobile, pixel, pixel2xl, pixel3, pixel3xl
All products recommended by Engadget are selected by our editorial team, independent of our parent company. Some of our stories include affiliate links. If you buy something through one of these links, we may earn an affiliate commission.