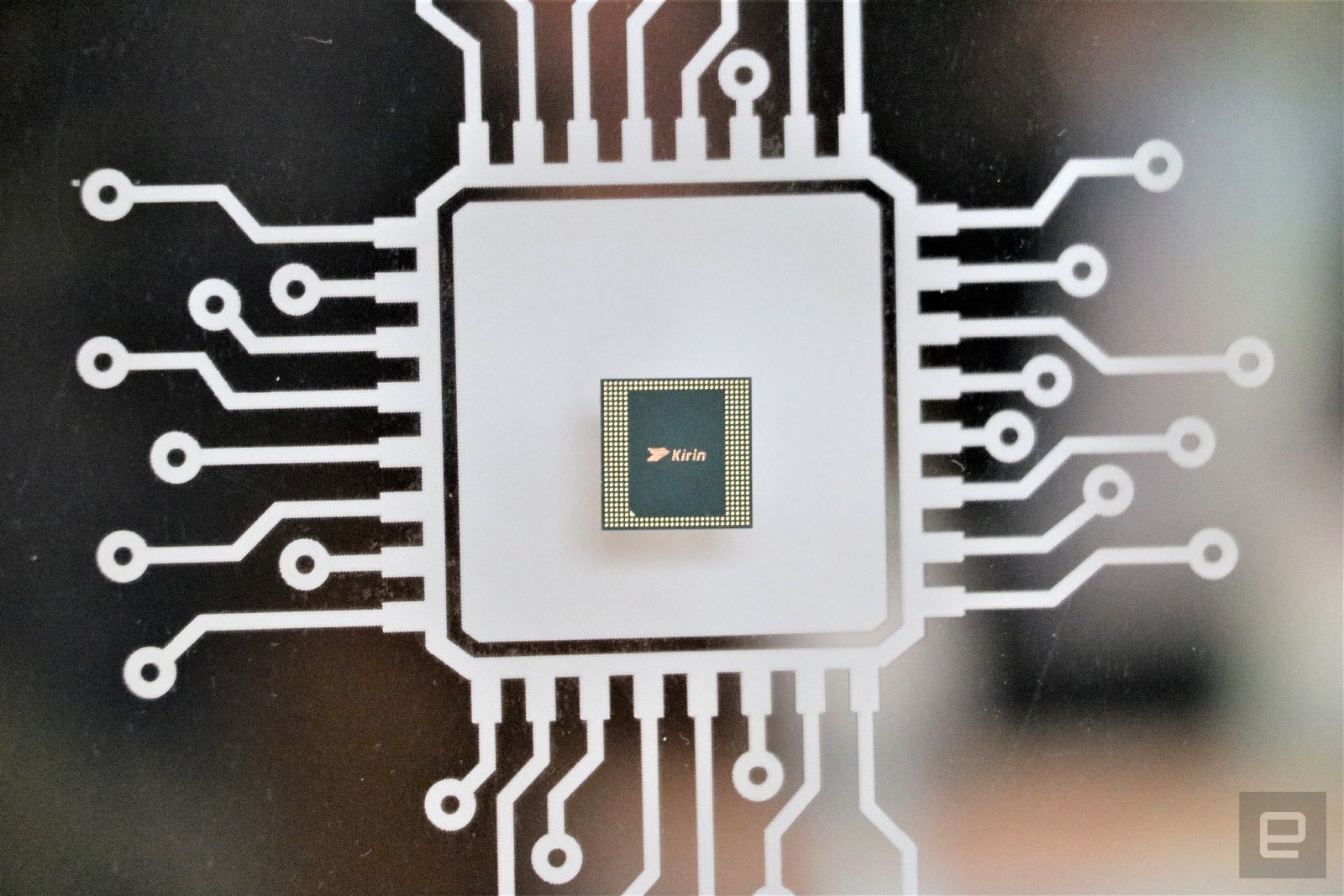 The race to deliver a seven-nanometer chip is heated, and Huawei has just proclaimed itself the winner. The company just unveiled its Kirin 980 CPU here at IFA 2018, and says it is the world's first commercial 7nm system-on-chip (SoC). But that's not the new processor's only claim for the record books: The 980 is also the first to use Cortex-A76 cores, dual neural processing units, the Mali G76 GPU, a 1.4 Gbps LTE modem as well as support faster RAM. Whew. That's a lot.

The two big cores run at 2.6GHz and kick in when taxing tasks like gaming are in progress. Two middle cores with clock speeds of 1.92GHz support less-intensive processes like browsing or posting to social media, while the four little Cortex-A55 cores run at 1.8GHz. These are best used background processes or playing music, since they sap less energy. The processor can also tap different types of cores at once to maximize performance and efficiency.

Importantly, the new 7nm architecture itself promises benefits like 20 percent faster performance and 40 percent less power-consumption (compared to 10nm systems). It's this killer feature that explains why all the tech companies have been chasing this new tiny architecture size -- it will deliver noticeable battery life improvements to new mobile devices.

The Kirin 980 also packs two Neural Processing Units (NPUs), which Huawei says helps devices run AI tasks faster and better than other chips. The Kirin can recognize up to 4,500 images per minute on the Resnet 50 model, while Qualcomm's Snapdragon 845 and Apple's A11 identified 2,371 and 1,458 respectively, according to Huawei's tests.

Also debuting in the new Kirin chipset is the Mali G76 GPU, which should offer 30 percent more efficiency and let devices run a wider variety of high-end games. Then, there's the 1.4Gbps Cat 21 LTE modem, which should offer faster cellular data transfers, and new support for 2,133MHz LPDDR4X RAM should enable speedier multitasking. The Kirin 980 will also be compatible with Huawei's Balong 5G modem in preparation for next-gen networks, and packs dual image signal processors that promise better photo quality.

That's a lot of "shoulds" and understandably so. Since we don't have any hardware to test out yet, we can't judge if these claims are real. But Huawei did say the Kirin 980 will power the upcoming Mate 20 flagship, and its sub-brand Honor has already teased that the Honor Magic 2 will also use the new processor. We likely won't have to wait long to test out these bold claims of "FIRST," then. 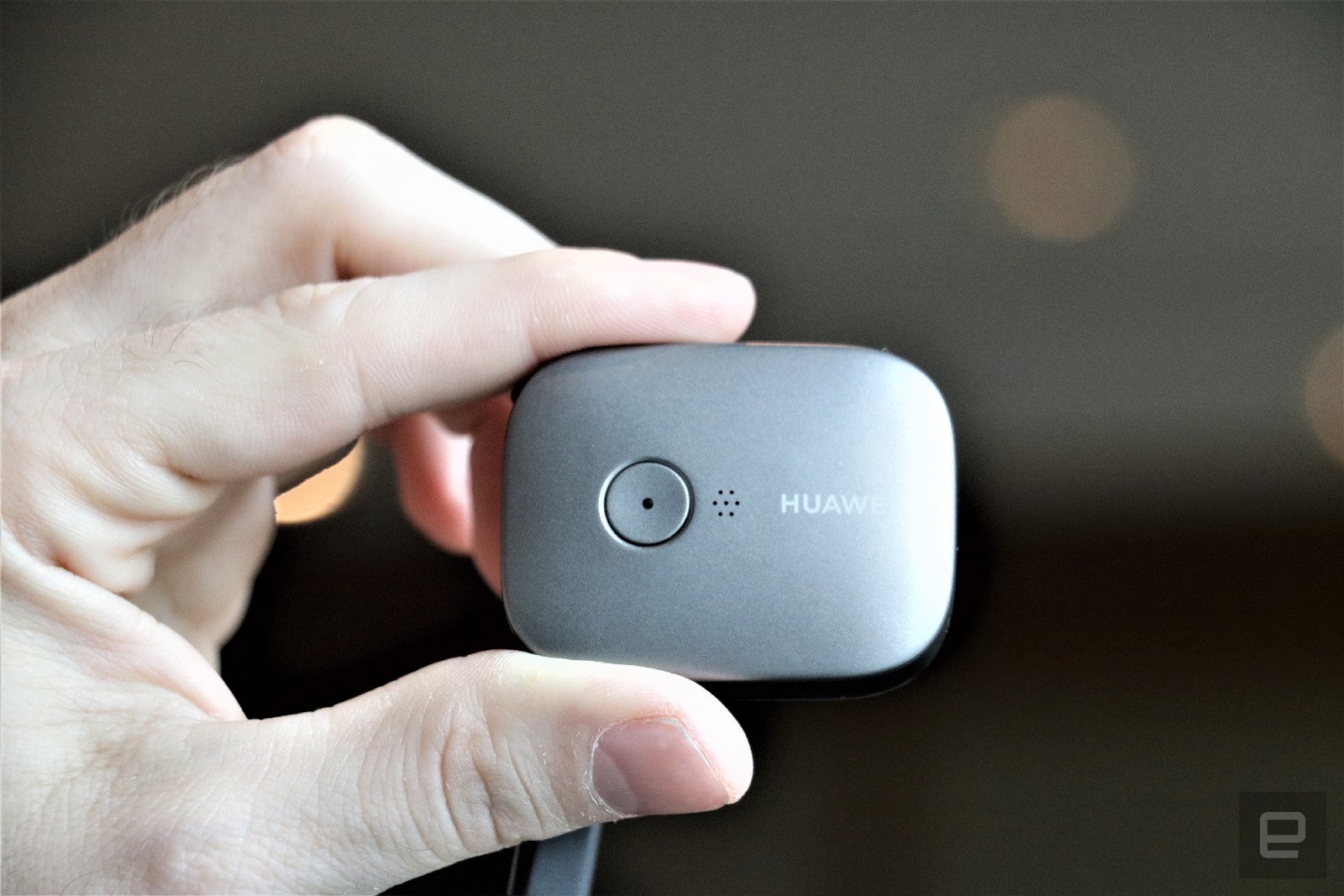 Huawei also launched a new location tracker here in Berlin, creatively named Locator. It's a pager-sized Bluetooth and GPS-compatible device that will keep tabs on your pets, kids, suitcases or other valuables around the world. Its battery can last up to 60 days on low power standby, and can roam on 2G networks worldwide. The device is IP68 water-resistant, too, so you won't have to worry about it being caught in the rain or dunked in a pool. It'll be available in Europe later this year, though Huawei hasn't shared a price yet. Looks like we'll have plenty more news to expect from the company as we approach the end of 2018.

In this article: 7nm, chip, gadgetry, gadgets, gear, huawei, ifa2018, kirin980, soc
All products recommended by Engadget are selected by our editorial team, independent of our parent company. Some of our stories include affiliate links. If you buy something through one of these links, we may earn an affiliate commission.