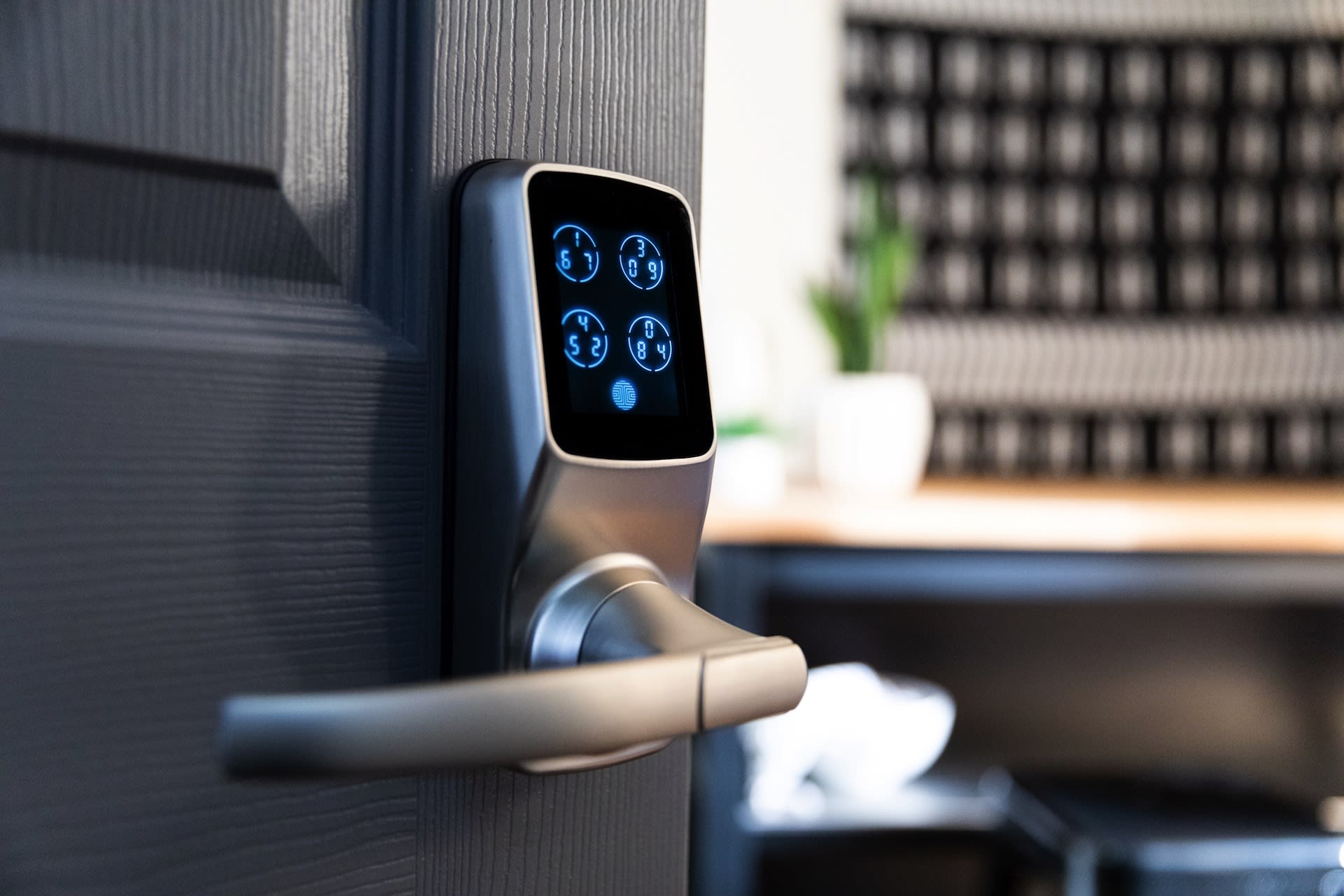 Lockly thinks it has what it takes to stand out in the nascent smart lock market. Its latest model, the Secure Plus, uses a 3D fingerprint sensor combined with proprietary algorithm-based passcode tech which, together, supposedly makes the setup "virtually impenetrable," according to the company. The lock is available in deadbolt and latch-style configurations and you can still use a physical key to lock and unlock the door in case of an internet outage.

Apparently you won't need to, though. Lockly says the aluminum smart lock can generate multiple access codes without the need for an internet connection. The biggest difference between the Secure and the competition is its OLED screen and passcode-entry display. On it you'll find four circles populated by three numbers each. The digits move around with each use, so, say, someone watching from a distance can't walk up to your door and open it after an authorized guest leaves. Moreover, it features a do not disturb mode that will only allow entry with a physical key.

The step-up Secure Plus' 3D fingerprint sensor is capable of storing some 99 fingerprints, and relies on touch for entry rather than just scanning an image. Lockly says that the Secure Plus isn't susceptible to replicated fingerprints or photos, and will only unlock with a physical match. Both models will also auto-lock after a predetermined time-frame if you or someone you know is the forgetful type.

As with similar locks, you can also set custom access codes for guest access and manage who's allowed in and out via a mobile app. Additionally, you can set a duration period for access via their passcode. A Secure will set you back $199.99 for the deadbolt version, while the latch edition is on sale for $229.99. Stepping up to the Plus model with its 3D fingerprint reader increases the price by $50 for both the deadbolt and latch configurations.

Lockly also teased that there's another model coming later this year (Secure Pro Plus WiFi) that will connect to smart platforms including Amazon's Alexa and Google Home. Save for that model, they're all shipping now, but Lockly's sales page says to expect a two-week delay for a latch-type Secure.

When we played around with the lock at a recent event, we were impressed by the Pin Genie tech for passcode entry. That it moves numbers around to prevent ne'er-do-wells from memorizing your passcode is really clever. The 3D fingerprint reader and Lockly's lofty promises left us with a few questions, though.

If the company's claims hold true, the Secure could be a big step forward in smart-home security. If they don't and the Bluetooth and WiFi connections are rife with holes, well, you can add another name to the pile of smart-lock companies that still haven't improved on traditional, dumb locks.

Source: Lockly
In this article: alexa, algorithm, amazonalexa, bluetooth, gear, googleassistant, home, lockly, locklysecure, locklysecureplus, locklyseurepluswifi, oled, security, smartlock
All products recommended by Engadget are selected by our editorial team, independent of our parent company. Some of our stories include affiliate links. If you buy something through one of these links, we may earn an affiliate commission.