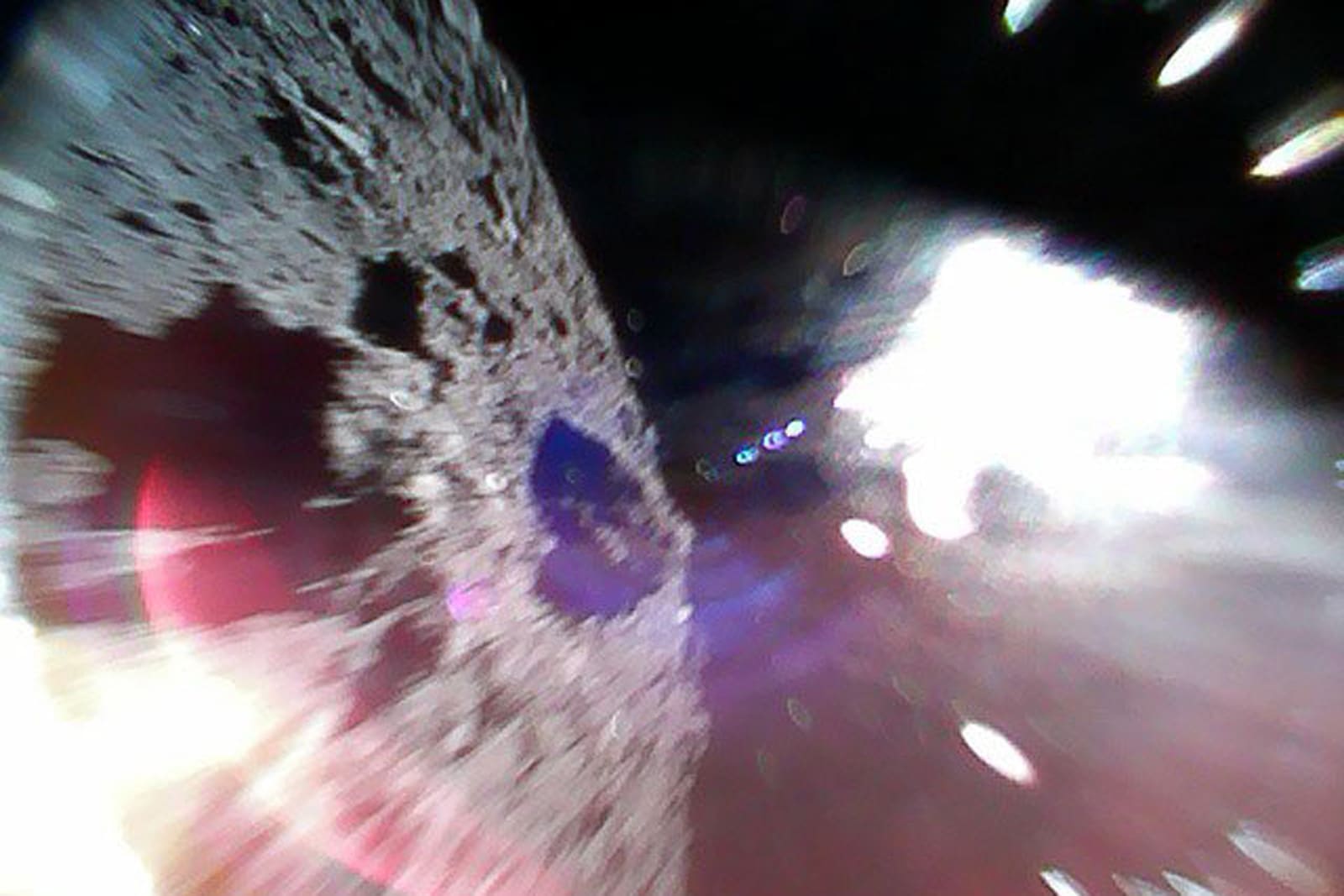 After months of hovering around its target, Japan's Hayabusa 2 mission has made contact. Two of the host spacecraft's landers (ROVER-1A and 1B) have touched down on the surface of the asteroid 162173 Ryugu and have already been hopping around as they take photos (like the one above) and gauge the space rock's temperature. As far as the mission has come, though, it's really just the start.

Hayabusa 2 is also poised to launch ROVER-2, which adds optical and ultraviolet LEDs to spot floating dust particles. MASCOT (Mobile Asteroid Surface Scout), meanwhile, will tumble rather than fly but can use its camera, infrared spectrometer, magnetometer and radiometer to study the smaller structural details of the asteroid's looser surface material. The main Hayabusa 2 vessel should near the surface in October, when it will shoot a tantalum 'bullet' into the asteroid so that it can catch particle samples and return them to Earth.

You'll be waiting a while for the samples to return. Hayabusa 2 doesn't leave until December 2019, and isn't expected to return home until December 2020. The payoff promises to be huge, though. Scientists will not only collect more samples than during the first Hayabusa mission, they'll have lander data that wasn't available after the first Hayabusa's Minerva robot failed.

This dynamic photo was captured by Rover-1A on September 22 at around 11:44 JST. It was taken on Ryugu's surface during a hop. The left-half is the surface of Ryugu, while the white region on the right is due to sunlight. (Hayabusa2 Project) pic.twitter.com/IQLsFd4gJu

Via: TechCrunch
Source: JAXA, Hayabusa2@JAXA (Twitter)
In this article: asteroid, gear, hayabusa2, japan, jaxa, minerva, rover-1a, rover-1b, ryugu, science, space
All products recommended by Engadget are selected by our editorial team, independent of our parent company. Some of our stories include affiliate links. If you buy something through one of these links, we may earn an affiliate commission.