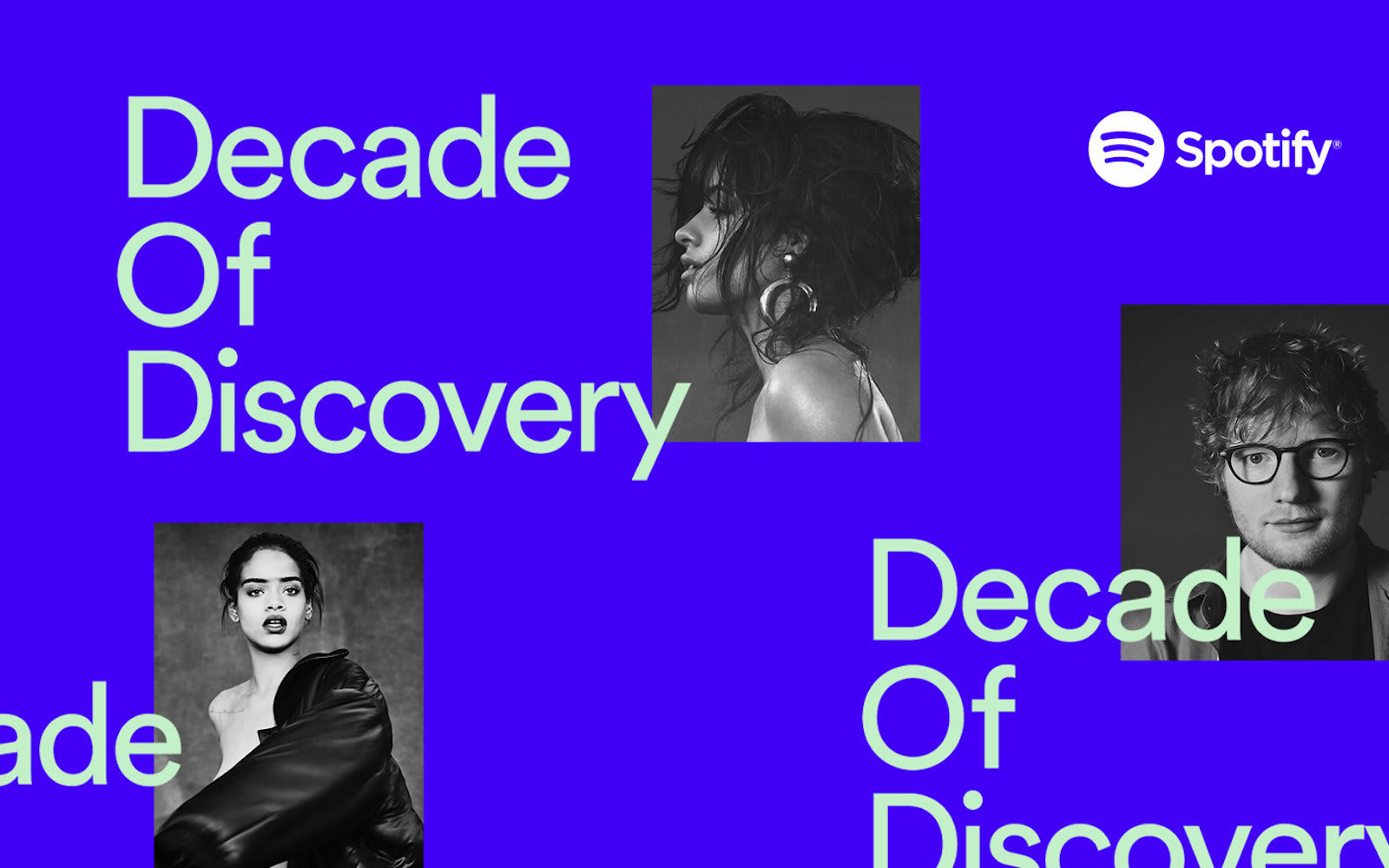 Spotify's 10th anniversary is upon us, and the music streaming service is celebrating by letting all of us in on some of its statistics. Over at the company's Decade of Discovery page, users can take a virtual stroll through Spotify's most-played artists and albums over the last decade.

Drake tops the list of most-streamed artists of all time, followed by Ed Sheeran, Eminem, The Weeknd and Rihanna. Ed Sheeran's "Shape of You" was the most-streamed song of last year, but it was apparently listened to so often that it also tops the service's most streamed songs of all time list. It's followed by "One Dance" by Drake, "Closer" by The Chainsmokers and Halsey, "rockstar (feat. 21 Savage)" by Post Malone and "Thinking Out Loud" by Ed Sheeran.

Rihanna may be fifth on the most-streamed artist of all time list, but she was the first artist to reach one billion listens on Spotify, which happened in 2013. David Guetta, Emimen, Kanye West and Avicii round out the top five. There are now over 40 million tracks streaming on Spotify, with 3 billion+ playlists.

In typical Spotify fashion, the company hasn't just provided all of us with statistics. It's also made a playlist of the most-streamed songs over the past 10 years called "Decade of Discovery." You can check the playlist out here and see more of Spotify's statistics over the last 10 years here. 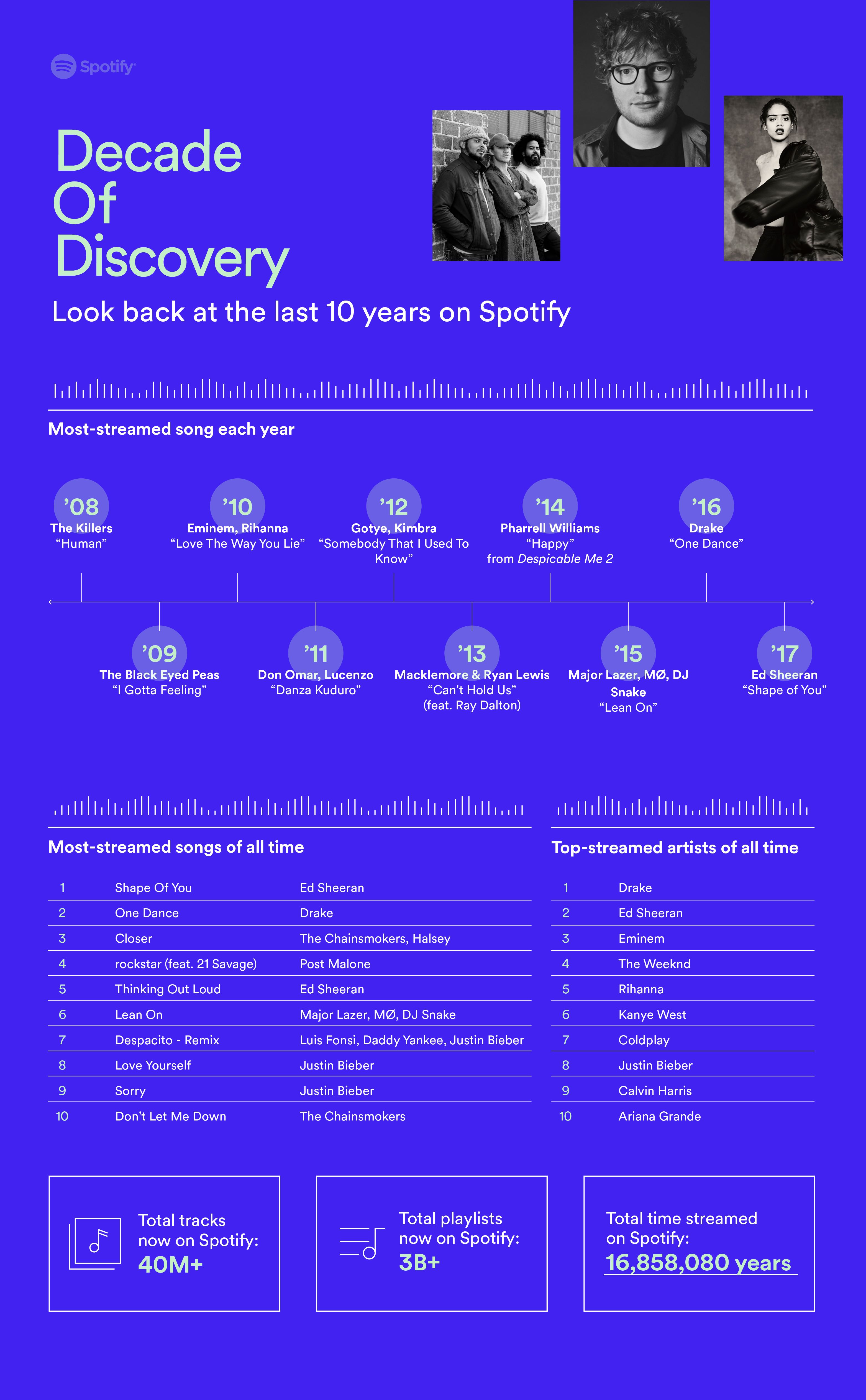 Source: Spotify
In this article: business, entertainment, gear, music, musicstreaming, spotify
All products recommended by Engadget are selected by our editorial team, independent of our parent company. Some of our stories include affiliate links. If you buy something through one of these links, we may earn an affiliate commission.