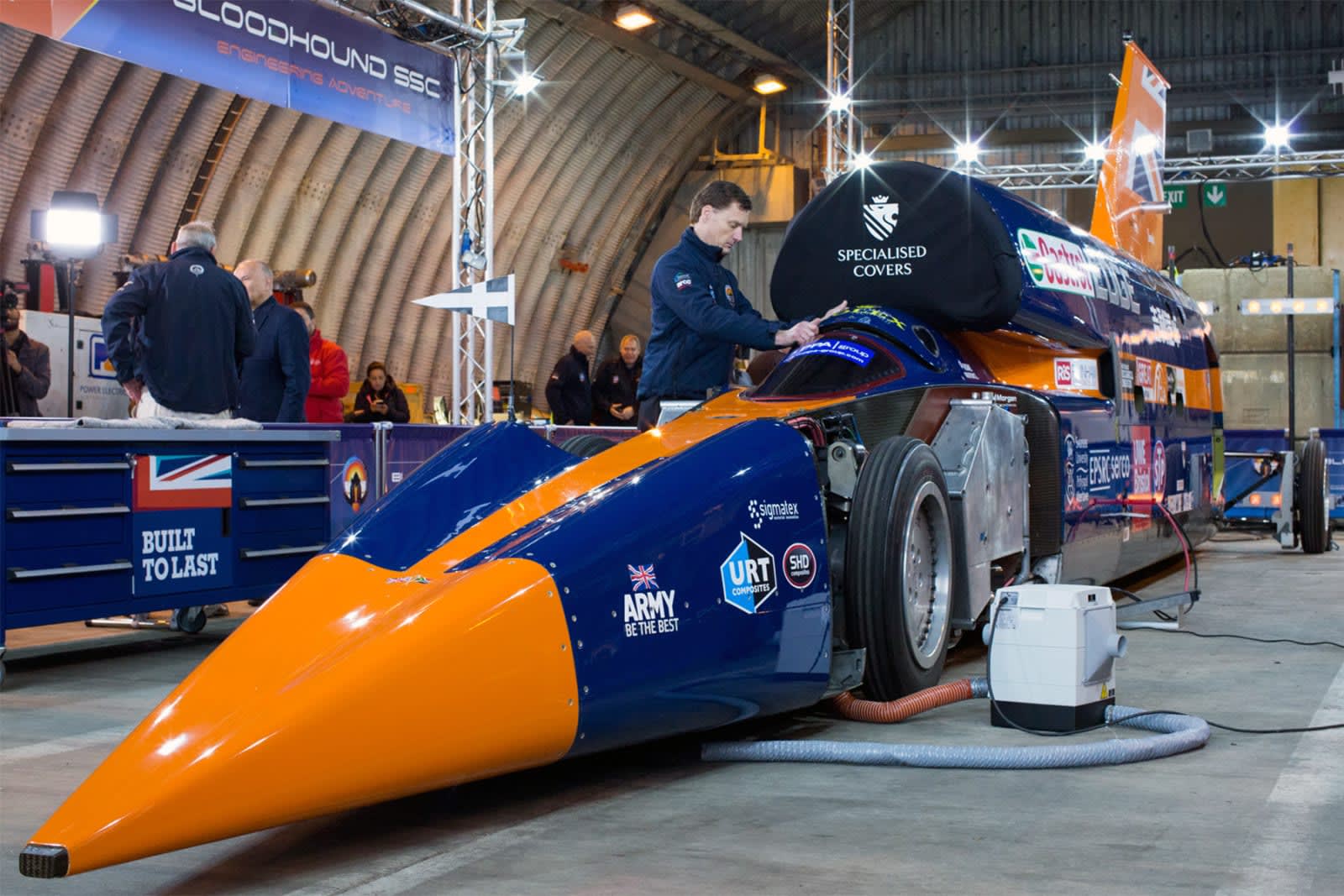 Project Bloodhound, which is the quest to develop a supersonic vehicle that can break the world record for land speed, has hit a snag. The company behind the project, Bloodhound Programme Ltd., has run out of money and entered administration. In order to continue work on the project, the company needs a cash infusion of about £25 million.

The project is being conducted at a track in the dry lakebed of Hakskeen Pan in South Africa. The company has already constructed a vehicle and conducted low speed, 200 mph tests. The goal is to break the current world record of 763 mph and eventually reach 1,000 mph. They are planning on accomplishing this by strapping a EJ300 jet engine to a land vehicle. R&D is complete, but Bloodhound Programme Ltd. is now out of money.

According to the chief engineer of Project Bloodhound, Mark Chapman, the company is close to its goal. "This project is built around the most successful team in the history of Land Speed Racing, and with the right support we have no doubt that the project will achieve its aims and could be racing for the record in as little as ten months," he said in a release.

Via: BBC
Source: Bloodhound
In this article: bloodhound, bloodhoundssc, tomorrow, transportation
All products recommended by Engadget are selected by our editorial team, independent of our parent company. Some of our stories include affiliate links. If you buy something through one of these links, we may earn an affiliate commission.