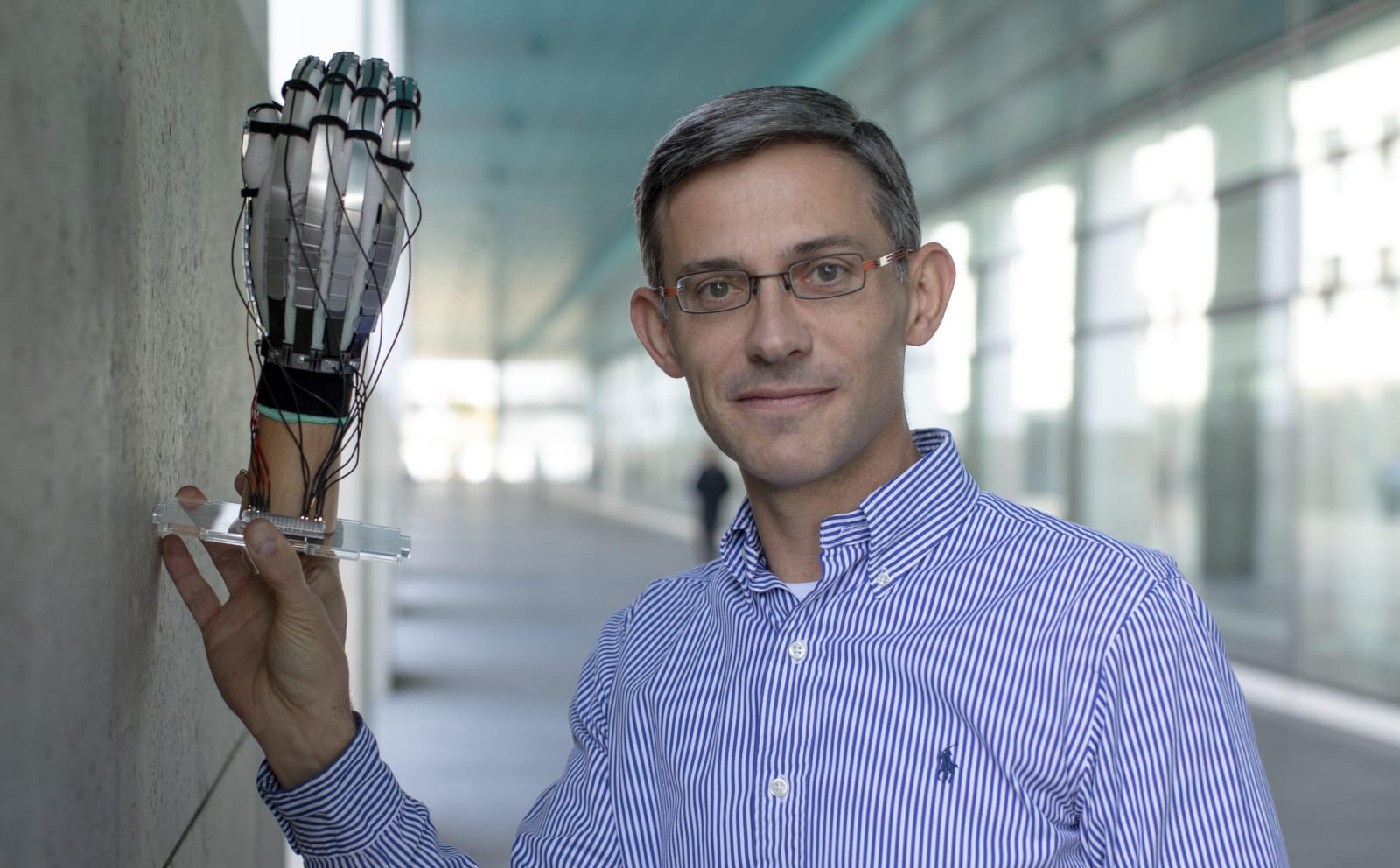 One factor that prevents virtual reality from being truly immersive is the fact that you still can't feel what you see. A group of scientists from EPFL and ETH Zurich is trying to change that by creating a pair of high-tech gloves that "provides extremely realistic haptic feedback." According to the researchers, their creation, which they've named "DextrES," isn't like the other VR gloves also currently in development. First, it's lightweight and doesn't have a bulky exoskeleton or heavy components. It's made of nylon, is only 2 mm thick and weighs 8 grams per finger. Plus, it needs very little power that it could eventually run on a battery.

Herbert Shea, head of EPFL's Soft Transducers Laboratory, said: "We wanted to develop a lightweight device that -- unlike existing virtual-reality gloves –- doesn't require a bulky exoskeleton, pumps or very thick cables." DextrES (probably a play on the word "dexterous") has thin elastic metal strips running over the fingers. When you touch an object in virtual reality, the system applies a voltage difference that causes the strips to stick together. That prohibits your fingers' movements, mimicking the feeling of touching an actual object.

Shea explained that the system needs very little power to work, because it blocks movement instead of creating it. That's why the researchers are positive that they can use a very small battery for the gloves in the future. They're also hoping that they can scale up the technology for other applications, such as for training surgeons in augmented reality.

Source: EPFL
In this article: epfl, eth, gadgetry, gadgets, gaming, gear, tomorrow, virtualreality
All products recommended by Engadget are selected by our editorial team, independent of our parent company. Some of our stories include affiliate links. If you buy something through one of these links, we may earn an affiliate commission.