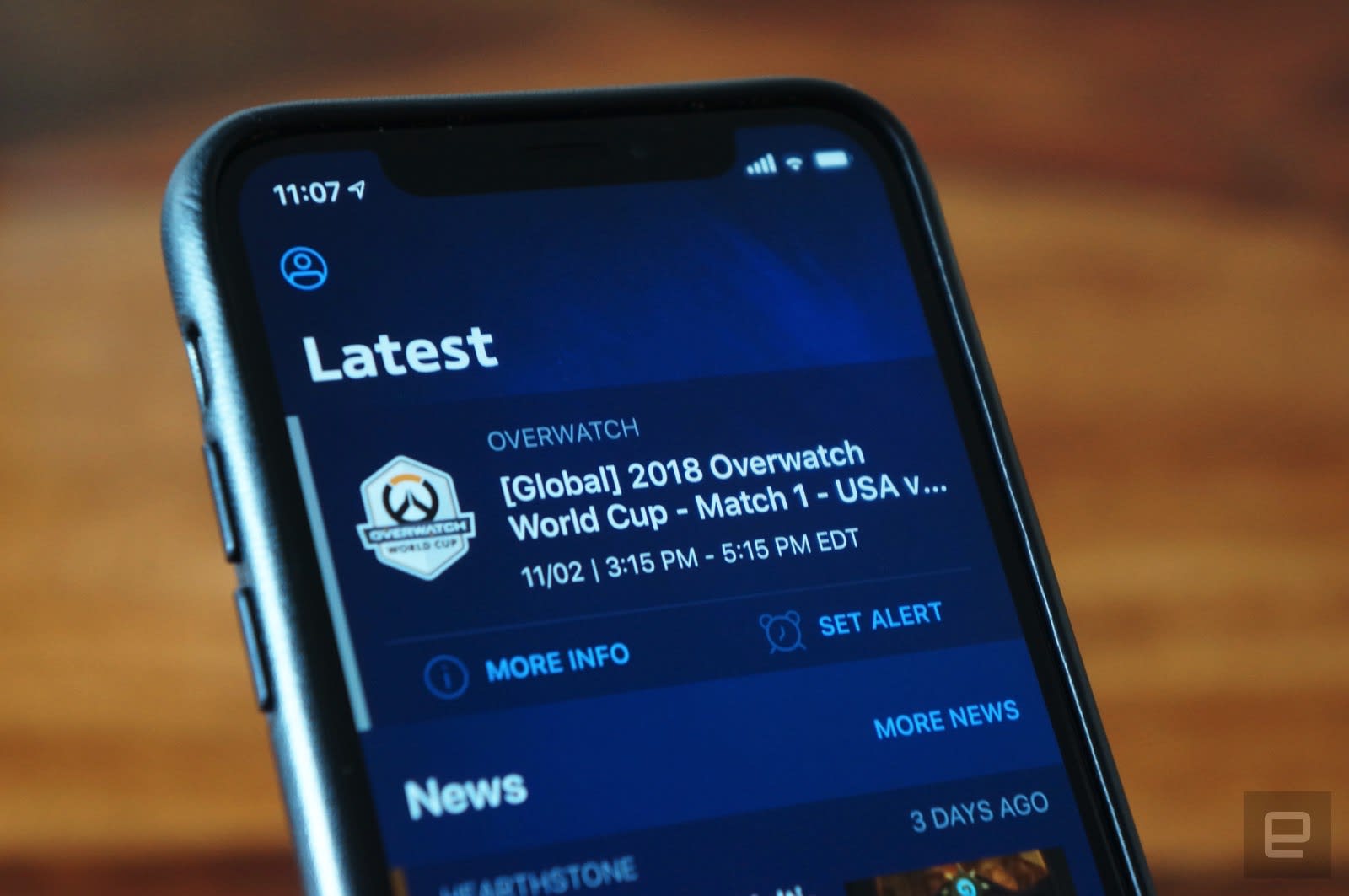 BlizzCon is right around the corner, which means big tournaments are imminent -- and Blizzard unsurprisingly wants to be sure you can follow along. It just launched a Blizzard Esports app for Android and iOS that provides news, schedules, score and live viewing (including alerts) for competitive events in the developer's various franchises, such as the impending finale for the Overwatch World Cup. If you're stuck at work when the US team is taking on South Korea, you won't have to dig through news sites to get scores or tune in.

The app is clearly meant to reel you in to Blizzard's game universe, and there's no native tablet support at this stage. With that said, it's useful even if you're only moderately interested in the developer's esports scene. It might also be indicative of where the game industry is headed. Don't be surprised if other developers make a point of releasing comparable esports apps going forward.

Source: Blizzard, App Store, Google Play
In this article: android, app, blizzard, blizzardesports, esports, gaming, gear, hearthstone, heroesofthestorm, internet, ios, mobile, overwatch, starcraftii, worldofwarcraft
All products recommended by Engadget are selected by our editorial team, independent of our parent company. Some of our stories include affiliate links. If you buy something through one of these links, we may earn an affiliate commission.