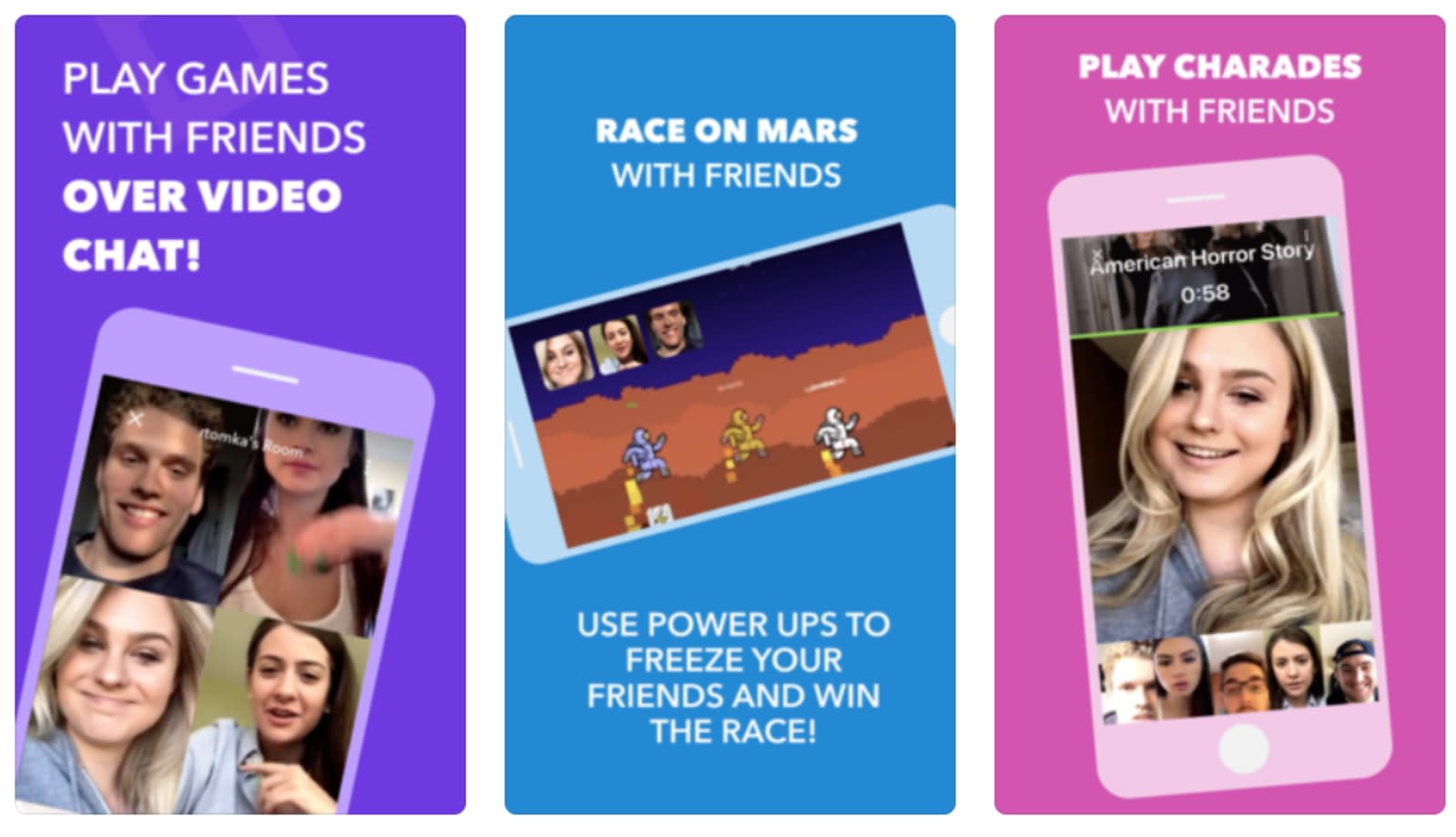 Live gaming with friends via console is nothing new, but as more live games come to mobile, there's a gap in the market for better experiences to connect friends that want to play together on this platform as well. Enter Bunch, an app that lets users play mobile games with friends over video chat.

Users can invite their friends to a party, pick their favorite game, and launch into a gaming session with the tap of a button. The app supports live voice and video chat for up to eight players and lets users play popular mobile games such as Fortnite, Roblox, Minecraft, and HQ Trivia. The app doesn't need any direct integration to support these games, but the company does offer developers the Bunch Presence SDK, which makes playing their games with friends more seamless, and weaves in a lot of Bunch's voice and video chat functionality. Game Center meets FaceTime, basically.

The app soft launched a few months ago, but following the announcement of $3.8 million in seed funding, the company is now talking about it widely. "A lot of us grew up playing PC games like Starcraft and Counterstrike with friends in the same room. Most of the fun in playing these games with friends comes from the ability to laugh together and trash talk during the games," said Selcuk Atli, co-founder and CEO at Bunch. "With the rise of live mobile games like Fortnite and Roblox, younger gamers are trading in the large screens of their PCs and consoles for smartphones so they can play with their friends anytime, anywhere. We are building the chat application designed for them." Bunch is available on iTunes now, with the Android version coming soon.

In this article: app, Bunch, gaming, group, internet, LAN, live, mobile, multiplayer, videochat
All products recommended by Engadget are selected by our editorial team, independent of our parent company. Some of our stories include affiliate links. If you buy something through one of these links, we may earn an affiliate commission.